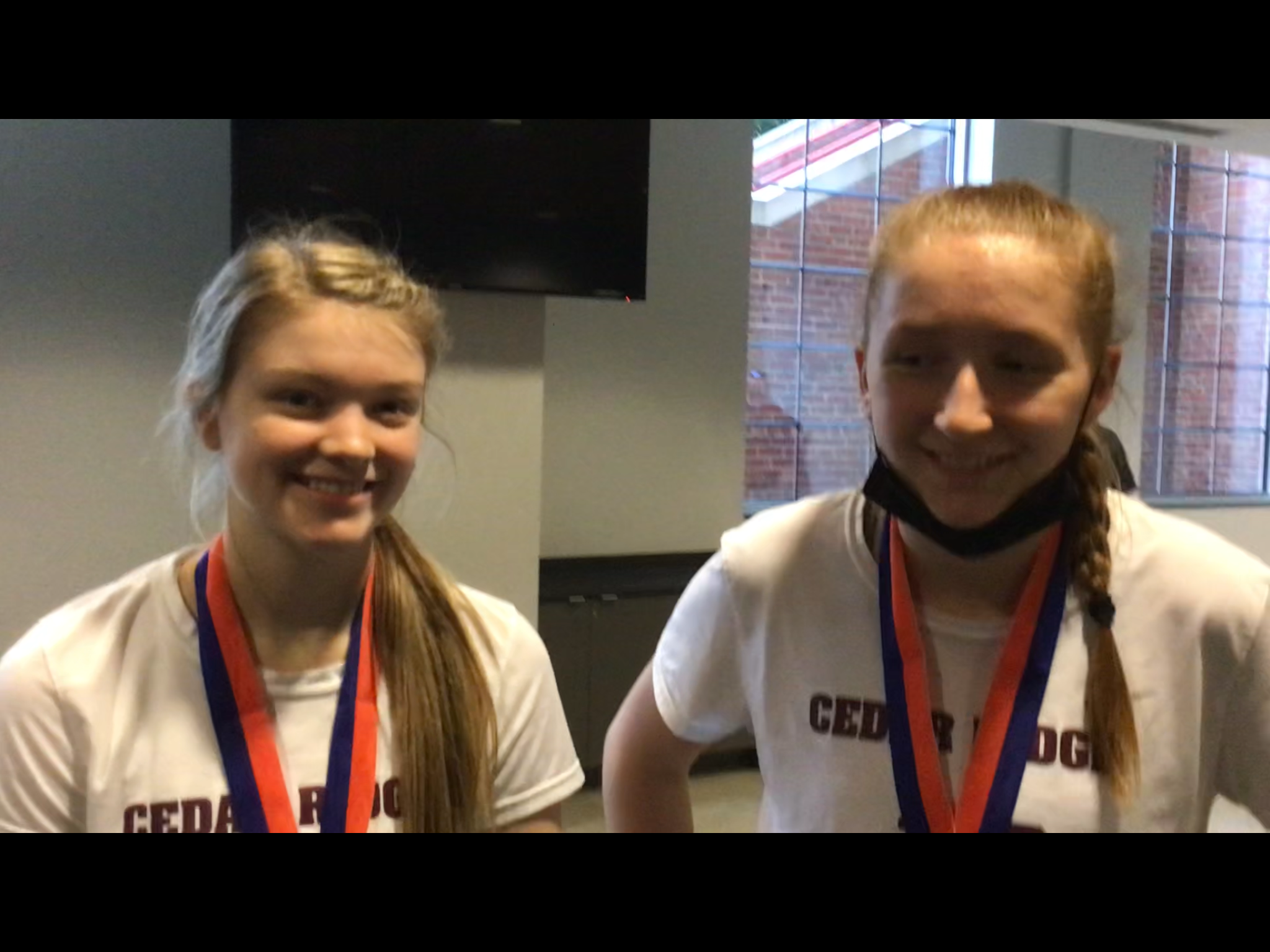 Cameron Lloyd and Cameron Lanier started as freshman on the Cedar Ridge volleyball team together. On Saturday, they won the 3A State Championship together. The Red Wolves defeated North Iredell 3-1 at Reynolds Coliseum in Raleigh. Cameron Lloyd was named the Most Valuable Player of the game after she compiled a game-high 14 kills along with 12 digs. Cameron Lanier finished with eleven kills,, eight digs and two blocks. Lanier’s biggest moments came in the third set with the score tied 20-20. With Cedar Ridge trailing 22-21, Lanier had a key block to tie the set. Then Lanier put the Red Wolves ahead for good with a kill to make it 23-22. It was only fitting that Lloyd, the all-time kills leader in Cedar Ridge history, scored match point with another kill, leading to a raucous pileup of Red Wolves as a huge throng of fans from Hillsborough cheered at the top of their lungs. It ended a year where Lloyd commemorated her 500th career kill. Lanier will start the 2022 season not far away from that milestone. The Red Wolves will lose three seniors, but Lloyd, Lanier, Julie Altieri, Anaya Carter, Graylinn Serge, Grace Young, Addie Reid, Melissa Benkowitz and many others will return for 2022 as the Red Wolves will continue to work during the winter.