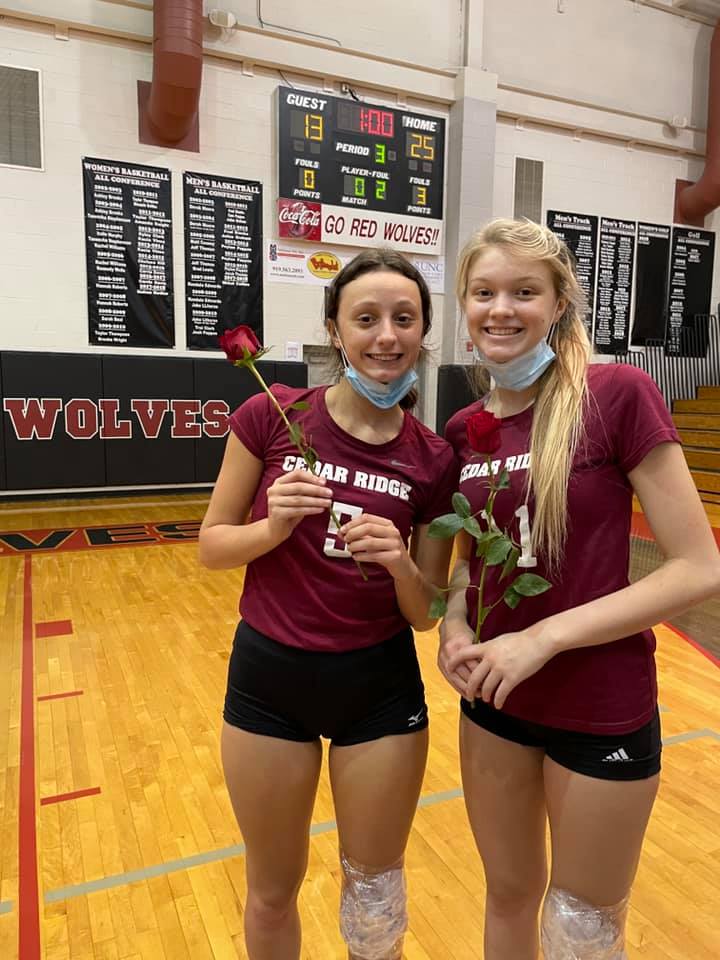 The Cedar Ridge volleyball team is now the winningest volleyball team in school history. The Red Wolves won the Central Carolina Conference tournament championship on Wednesday night, defeating Person 3-0 by scores of 25-17, 25-12 and 25-13. It was the 25th win of the season for Cedar Ridge, breaking the previous record of 24 by the 2015 team. Junior Cameron Lloyd had 15 kills to add to her team-leading total of 227. Lloyd also finished with 12 digs. Junior setter Julie Altieri had 31 assists, 12 digs, four aces, two kills and a block. Junior Cameron Lanier finished with six kills and four blocks. With the win, Cedar Ridge added a tournament championship to its CCC regular season title. They completed a truly dominant run through the Central Carolina Conference, which had four teams earn first-round home games for the 3A State Playoffs. The Red Wolves went 14-0 against CCC opponents this season, winning 42 sets and dropping only three. Cedar Ridge is the #1 seed in the 3A East Region for the State Playoffs. They will open against South Brunswick at Red Wolves Gymnasium on Saturday afternoon at 2 PM.