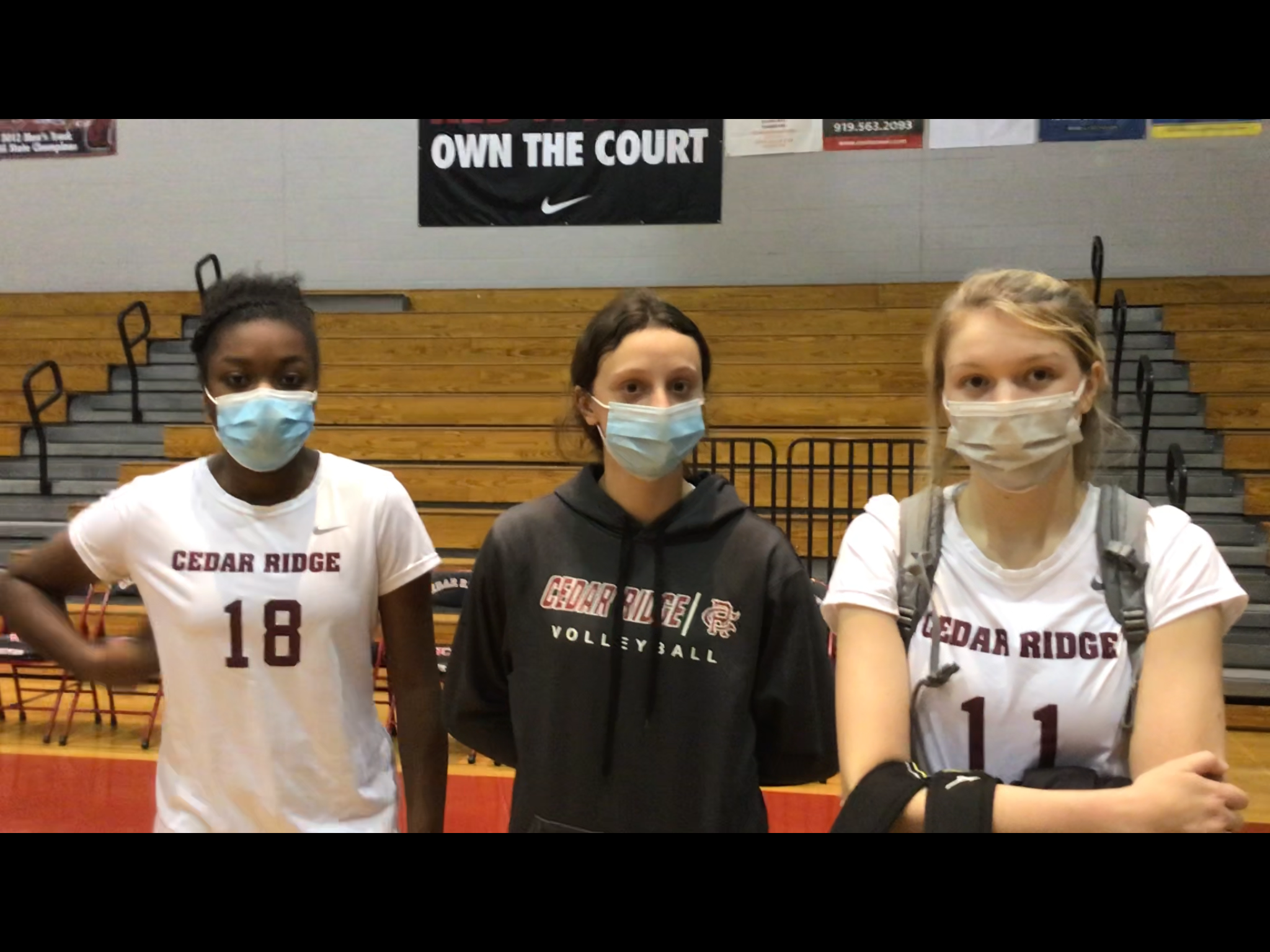 The Cedar Ridge volleyball team will host the first Central Carolina Conference tournament championship game on Wednesday night. In the tournament semifinals on Tuesday, Cedar Ridge easily dispatched of Orange 3-0 on scores of 25-8, 25-17 and 25-10. Among the players who set the tone for the Red Wolves was sophomore middle blocker Addie Reid, who had five blocks for the Red Wolves. It was another strong game for junior Cameron Lloyd, who added to her school-record for kills with 15. Junior setter Julie Altieri went over 1,200 assists in her career. Cedar Ridge improved to 24-2 on the season. The win over Orange wasn’t only the third victory over its crosstown rival this season. It also tied the school record for most wins in a season, which was set by the 2015 team, which hosted the Eastern Regional championship match. On Wednesday night, Cedar Ridge will face Person in the CCC Tournament championship game. The Rockets knocked off Northwood in Pittsboro in Tuesday’s other semifinal. First serve between the Red Wolves and the Rockets will be a 6PM at Red Wolves Gymnasium. On Saturday, Cedar Ridge will host the opening game of the NCHSAA State Playoffs. Time and opponent will be determined.