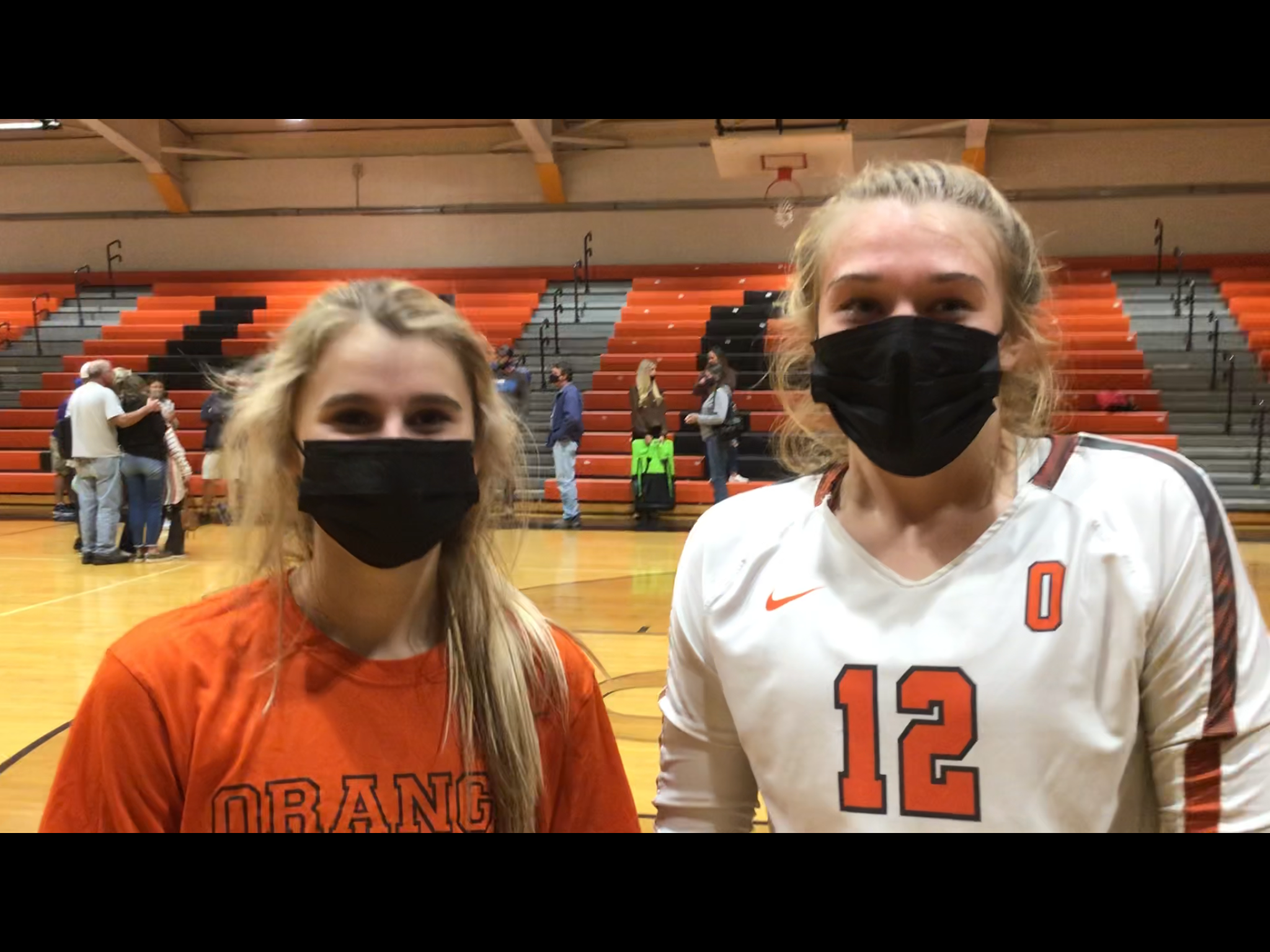 It was a dramatic night for the Orange volleyball team in the opening round of the Central Carolina Conference tournament. The Lady Panthers trailed 2-sets-to-nothing against Western Alamance before staging a comeback to win 3-2. In the final set, Orange was down 5-0 before junior outside hitter Allie Wilkerson had consecutive kills. The Lady Panthers were down 10-6 before a kill by Avery Miller, assisted by Ella Wimsatt, led to a side out. Then Orange reeled off nine consecutive points with sophomore Sadye Porter serving. Wilkerson had two blocks during the 9-0 run, including one that put the Panthers ahead for good 11-10. After Porter delivered an ace, Miller had consecutive kills before Wilkerson scored match point. Orange improved to 10-8 and advances to the semifinals of the CCC Tournament. On Tuesday night, Orange will travel across town to face regular season champion Cedar Ridge.