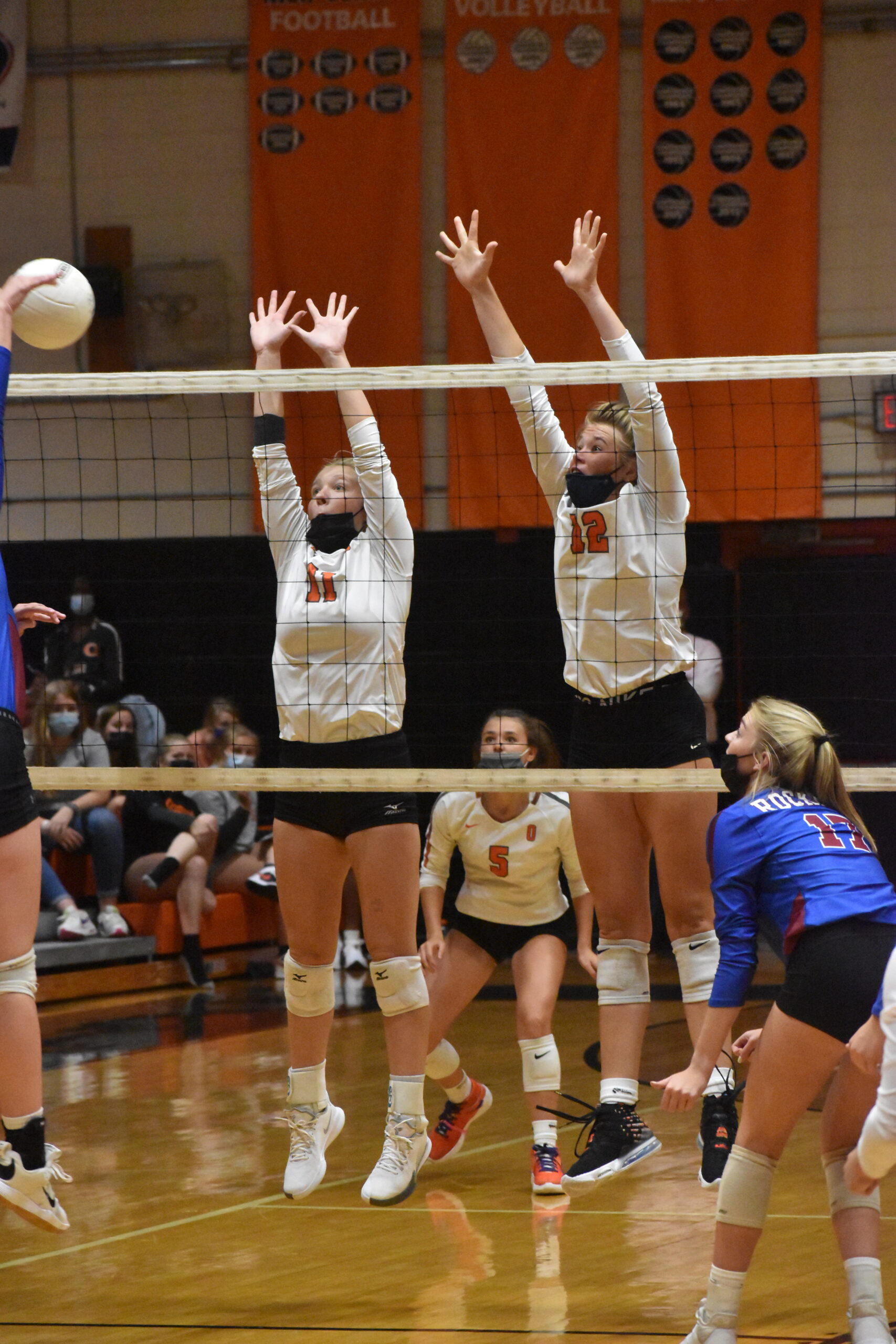 Yet they never had a chance to compete in a conference tournament simply because the league never held one.

This week that will change. The 7-team Central Carolina Conference volleyball tournament gets underway tonight with games in Hillsborough, Pittsboro and Roxboro. It will start an eventful week.

On Tuesday, the CCC semifinals will unfold with Cedar Ridge guaranteed to host one of the games. On Wednesday, there will be the tournament championship game. On Thursday, the pairings for the 3A State Tournament will be unveiled by the North Carolina High School Athletic Association. On Saturday, the state playoffs begin.

The winner of Orange-Western Alamance will travel to Cedar Ridge on Tuesday. The Red Wolves received a bye into the semifinals after they captured the regular season title.

In Orange’s win over Western Alamance last week, sophomore Ella Wimsatt led Orange with eleven kills with an impressive 79% kill percentage. Wimsatt is second on the team with 104 kills. Senior Ella Van Tiem, who had ten kills against the Warriors, leads the team with 117.

Junior Caitlin Carden had 17 assists. Carden finished the regular season with 355 assists. She also led the team with 21 aces.

Cedar Ridge has already earned the top seed for the 3A State Tournament from the Central Carolina Conference after winning the regular season championship with a 12-0 record. The Red Wolves will hold that top spot regardless of who wins this week’s conference tournament. In all likelihood, Cedar Ridge will be the #1 seed for the Eastern Regional when the brackets are released on Thursday morning, meaning the Red Wolves will have home court advantage throughout the state playoffs.

As of right now, Northwood will be the #2 seed out of the CCC for the state playoffs.

Last week, the Red Wolves concluded the regular season with wins over Williams and Carrboro. The victory over the Jaguars was the sixth victory for Cedar Ridge against a team that has won its conference championship or will be the #1 seed out of its own league for the 3A State Playoffs (D.H. Conley, a 4A squad who lost to Cedar Ridge in August, plays in the 4A/3A Big East Conference and has won the league title. J.H. Rose will be the top-seeded 3A team from the Big East).

Cedar Ridge finished the regular season 23-2 overall. The school record for wins in a season is 24, held by the 2015 squad that hosted the 3A Eastern Regional Championship game, where it lost to Asheboro with a trip to the state championship match on the line.

Junior Cameron Lloyd, who eclipsed 500 kills in her career last month, finished the regular season with a team-high 213 kills. Another junior, Cameron Lanier, was second on the squad with 45 kills. Melissa Benkowitz, who transferred to Cedar Ridge from East Chapel Hill over the summer, successfully made the transition from libero to outside hitter and registered 117 kills.

Junior setter Julie Altieri, who will likely surpass 1,200 career assists this week, has a team-high 414 assists this season. Her career high for a season is 586 in 2019.

On Sunday, the NCHSAA released the latest RPI rankings. Cedar Ridge maintained its #1 ranking with a .712 RPI. J.H. Rose, who lost to the Red Wolves in three sets during a quad match at Chapel Hill High School on October 9, was ranked #2 at .695.

The CCC had four of the top eleven teams in the latest RPI rankings. Northwood, who finished behind only Cedar Ridge in the CCC, was ranked #3. Person was ranked #4. Orange came in at #11.