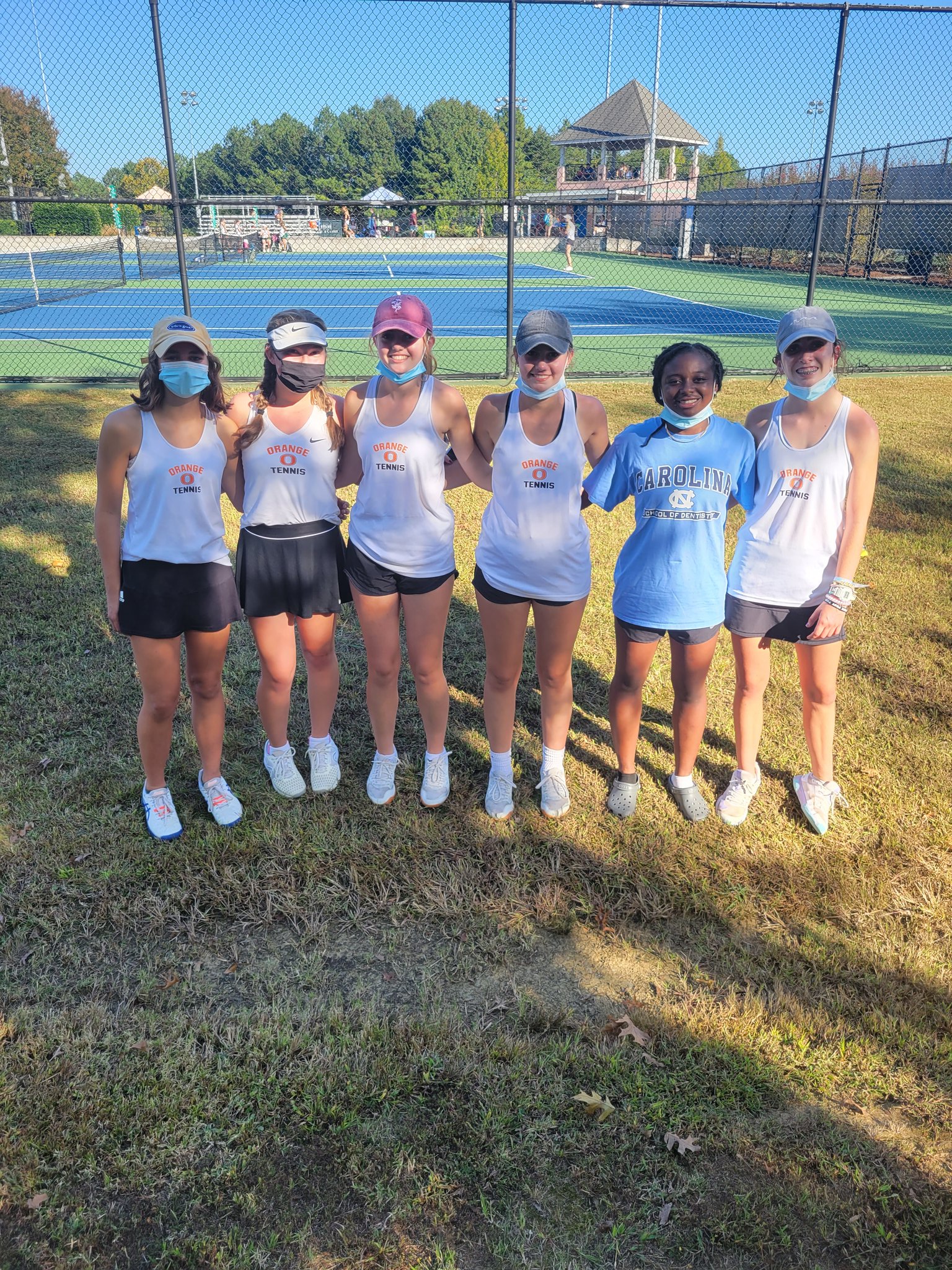 While past records of local women’s tennis are frustratingly incomplete, the Orange women’s tennis team can certainly say they’ve accomplished something that hasn’t been done in a long time.

They’ve made the 3A State Dual Team Playoffs.

On Monday morning, the Orange women’s tennis team received a wildcard entry into the 32-team 3A State Tournament. The Lady Panthers, who finished 15-4, will face Quad City Conference Champion Wilson Fike (17-1) on Wednesday.

Orange is the first women’s team from Hillsborough to reach the 3A State Team Playoffs since the 2016 Cedar Ridge Red Wolves won the Big 8 Conference Championship. That year, Cedar Ridge reached the state quarterfinals, beating Swansboro in the opening round and Walter Williams in the round of 16.

While MaxPreps records extend back to only 2013, this is the first time that Orange has ever reached the 3A State Tournament. It could very well be the first time Orange women’s tennis has made the state tournament, period, but there aren’t any records that can definitively prove that.

What is certain is that all six of Orange’s participants in last week’s Central Carolina Conference tournament have made the 3A Mideast Regionals.

In addition, two Cedar Ridge singles players Cameron Mayhew and Chloe Patz both earned spots to the regionals during the conference tournament at the Burlington Tennis Center last Friday.

Orange’s doubles team of Tea Jones and Shannon Sollars earned one spot in the regionals. Jones and Sollars opened with a 6-2, 6-2 win over Northwood’s Evelyn Dallman and Anna Gilliam. In the match to determine a regional bid, Jones & Sollars defeated Williams’ Aniella Profillo and Gracie Hartle 6-3, 6-2.

Orange had a second doubles team advance to regionals. Jera Hargrove and Erin Sollars received a bye into the second round. They defeated Williams Kaori Naruse & Lauren Turner 6-1, 6-2.

This will be Hargrove’s third trip to the Mideast Regionals. As a freshman and a sophomore, she reached regionals as a singles player.

In singles play, Cedar Ridge’s Mayhew didn’t have a match on the day. She was the #1 overall seed and advanced straight to next weekend. Mayhew is the younger sister of Cedar Ridge’s Josh Mayhew, who reached the 3A Men’s State Championship match last year. It’s the second straight year that Cameron Mayhew has reached the Mideast Regionals.

Cedar Ridge senior Chloe Patz, a Co-Captain who was named the Cedar Ridge Red Wolf of the Week last week, defeated Northwood’s #6 player 6-2, 6-0 to advance to regionals for the first time.

For the second year in a row, Orange’s Finley White reached the Mideast Regionals. While defeated a player from Northwood to reach in the second round.

Orange’s sophomore Grace Pell defeated a player from Williams to advance to regionals, which will also be held at the Burlington Tennis Center.