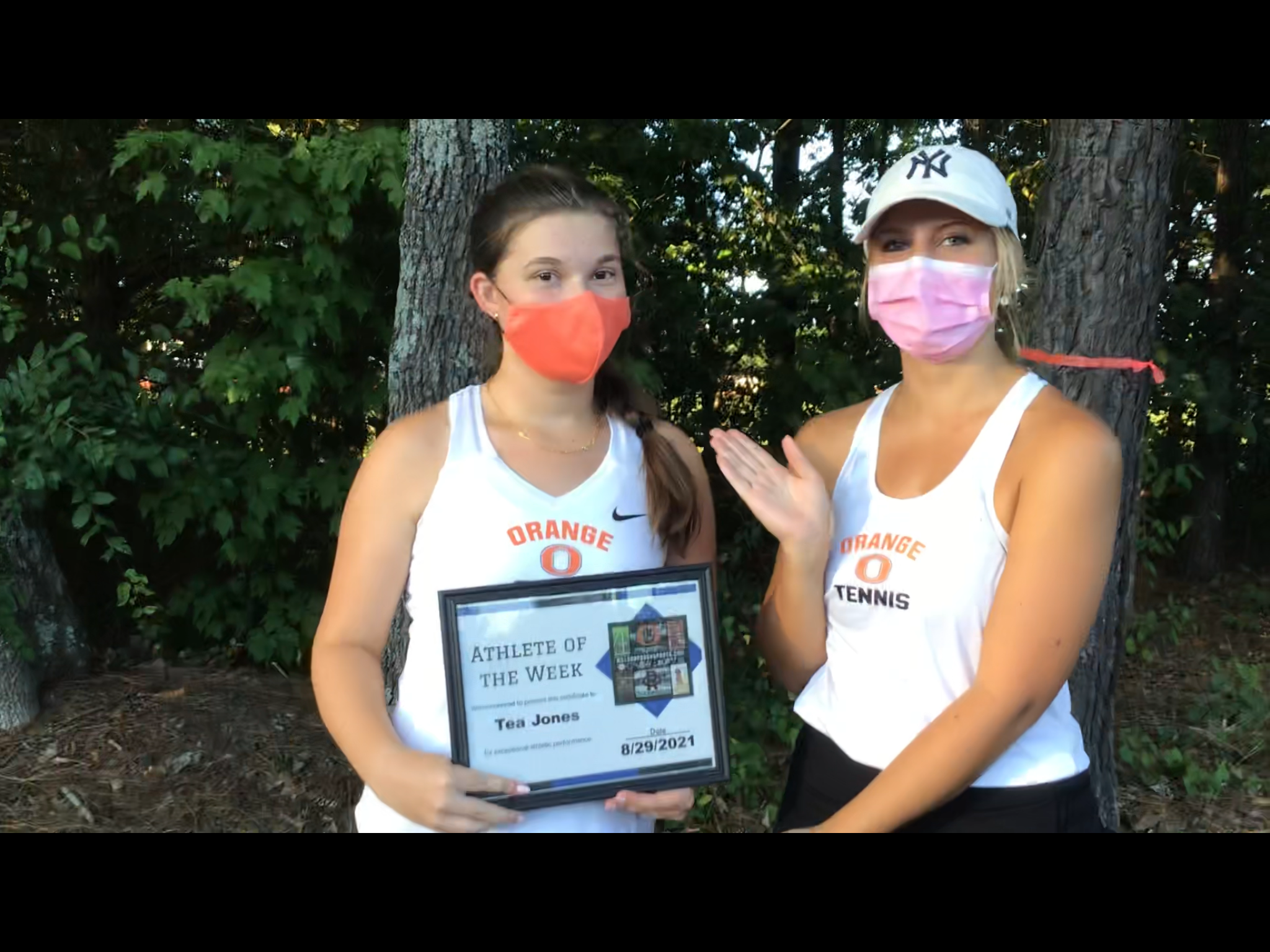 Orange 7, Cedar Ridge 2: For the third year in a row, the Orange women’s tennis team will have a winning season.

Not only that, but with one more win, the Lady Panthers will have its most wins since they returned to the 3A ranks in 2012.

On Wednesday, Orange completed a season sweep of Cedar Ridge with a 7-2 win at Orange Tennis Courts. It concluded a long 48-hour stretch fo the Lady Panthers that started on Tuesday when they completed a suspended match against Walter Williams, then played an entire dual match against the Bulldogs.

Walter Williams 5, Orange 4: In the completion of a suspended match from earlier this month, Williams held off to take sole possession of 2nd place in the CCC.

Orange evened the overall dual match with wins at #1 and #2 doubles. Finley White and Grace Pell teamed to win at #1 doubles 8-6. At #2 doubles, Erin Sollars and Jera Hargrove won 8-2.

Pell won at #2 singles 8-3. Shannan Sollars won the only other Orange player to win a singles match, defeating Lauren Turner 8-5.

Orange is 11-4 overall, 5-3 in the CCC with two dual matches remaining in conference play. Orange will hold its senior night match next Thursday against Roxboro Community School.

In the fourth Central Carolina Conference meet of the season, Cedar Ridge senior Olivia Aitkins had her best finish of the season at Caswell Pines Golf Course in Blanch. Aitkins finished with a 49 and wound up tied for fifth in a eight-team meet.

Aitkins, who committed to play softball at Amherst College last week, was the highest placer among any of the Hillsborough participants.

Orange’s Samantha Durham had her best round of the season with a 50, which was best among the Lady Panthers. Orange senior Sarah Durham had a 57. Shannon Dorsi, Kayla Pope and Lucia Godinez also participated.

Eastern Alamance’s Emily Matthews finished first with a 33. Western Alamance’s Makayla Martinez finished 2nd with a 39, and the Warriors won the overall team standings with 137. Northwood was second with 144.