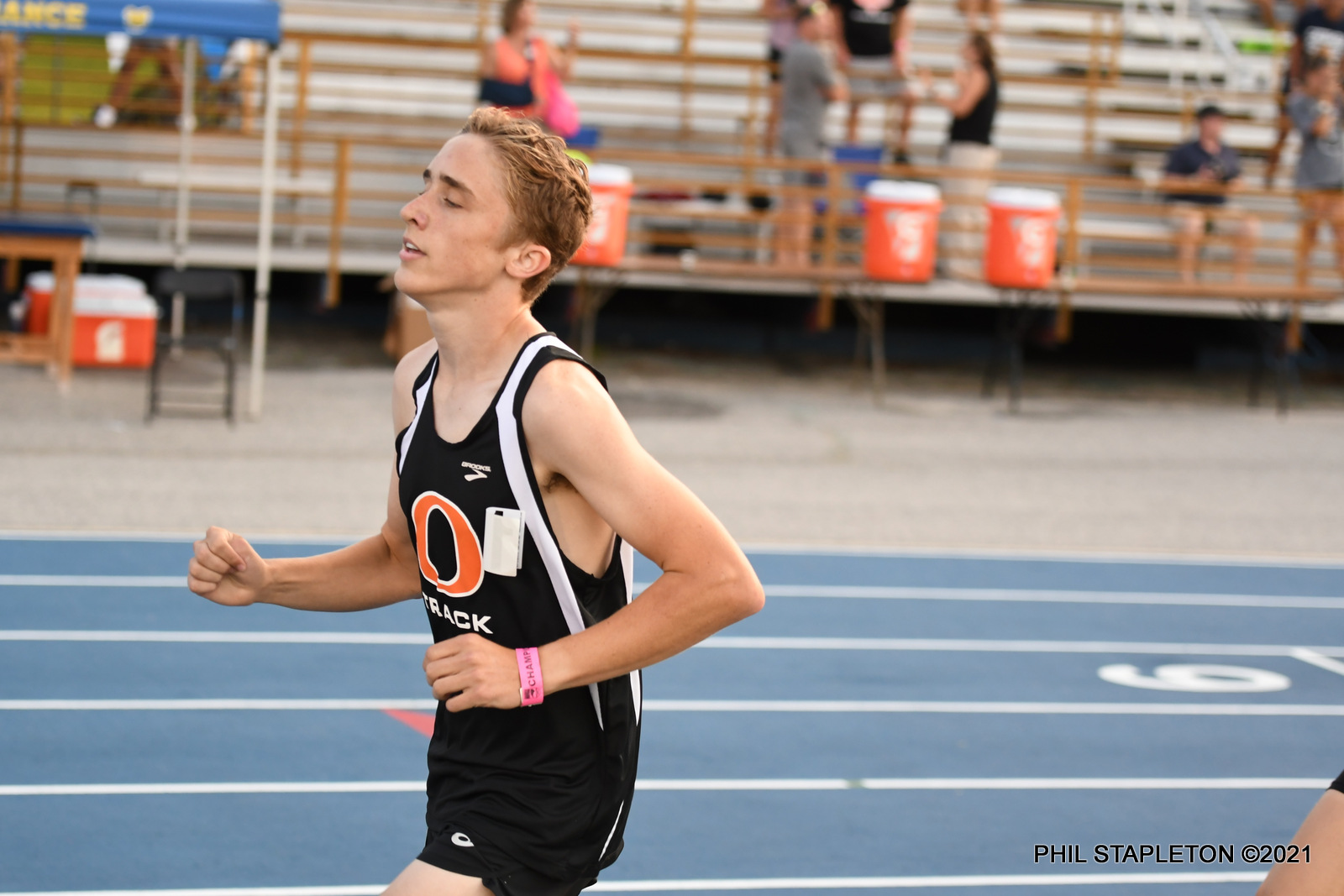 The cross country course at Northwood High School is one of the premier sites in the state. It has hosted conference and regional championships.

Only two months after nearly winning a state championship in track & field, Orange’s Spencer Hampton continued a stellar start to the fall season in Pittsboro.

On Monday, Hampton finished first in a Central Carolina Conference meet that also included Cedar Ridge, Northwood, Eastern Alamance and Western Alamance. Hampton had the top time of the day at 17:37.03, pacing a pack of 64 runners.

Hampton’s finished led Orange to come in 2nd in the team standings with 47 points. Northwood, which had four of the top seven runners, finished first with 23 points.

Cedar Ridge came in fourth in the team standings with 98 points. Junior Roman Morrell came in fourth overall for the Red Wolves with a time of 18:00.90.

On September 10, Hampton finished 2nd in the Friday Night Lights Festival at the Ivey Redmon Sports Complex in Kernersville among 238 runners in the men’s invitational race. In June, Hampton led most of the race in the 3,200 meters at the 3A State Track & Field Championships at North Carolina A&T University. He finished 2nd behind Williams

In the women’s race at Northwood, the top finisher from a local school was Orange junior Sophia Schultz, who crossed the finish line at 24:38.01.

The Cedar Ridge women’s team finished third among six teams. The Red Wolves had four runners finish in the top 20, including junior Sarah Fenwick, who came in 15th. Senior Sarah Tucker, who has competed in cross country and track & field at Cedar Ridge since she was a freshman, came in 17th.

Cedar Ridge’s Caroline Fowlkes, who qualified for the 3A State Track & Field Championships in the pole vault as a freshman, finished 21st.

In the Friday Night Lights Festival, freshman Caroline Cathey was the top Orange finisher on the women’s team with a time of 23:11.00. She finished 123rd out of 210 runners. Kassi Scarantino, Schultz, Saunders, and Hales also ran for Orange in Kernersville.

Cathey’s time in Kernersville was the top time by a female Orange runner so far in the young season.