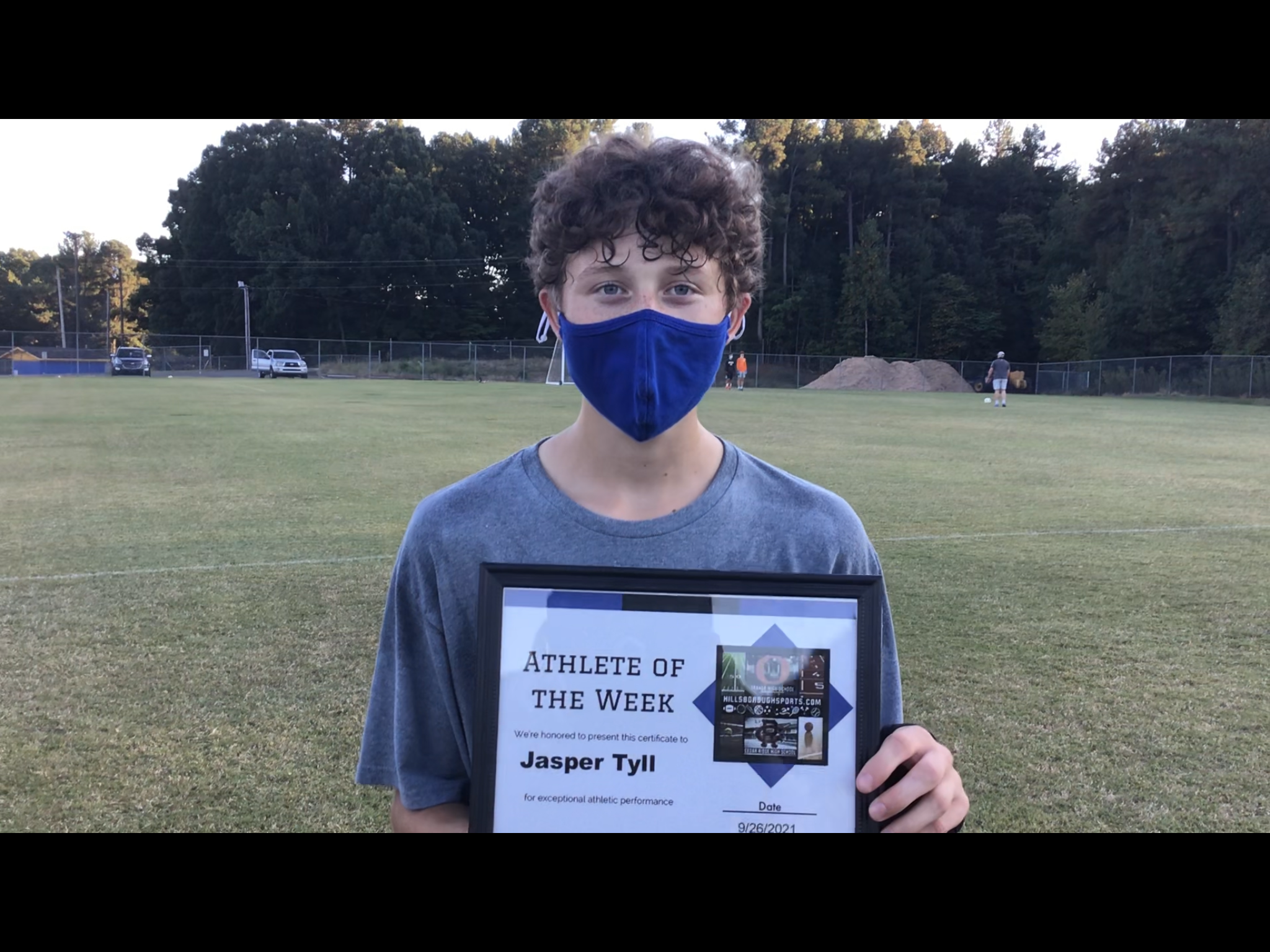 This week’s Orange Panther of the Week is men’s soccer co-Captain and wingback Jasper Tyll. Last week, Tyll scored the game-winning goal as Orange defeated Person 4-1 at Panther Soccer Park. It was Orange’s first win in the Central Carolina Conference. Tyll broke his left wrist early in the season against Chapel Hill, but he hasn’t missed any action. He has remained on the pitch while wearing a cast. Against Graham on August 30, Tyll sent a free kick from 23 yards to the doorstep of the Red Devils net, which was kicked in by Orange striker Darius Corbett. Tyll also had a goal and an assist in a 3-0 win over Riverside on September 9 in Hillsborough, which avenged an earlier loss to the Pirates. Orange continues to battle teams tough. On Tuesday, Orange took Northwood to overtime, ending regulation 2-2 in Pittsboro. The Chargers prevailed 4-2. Tyll and the rest of the Panthers will return to action against Eastern Alamance later this week. Next week, Orange hosts Western Alamance on Monday before traveling to Walter Williams.