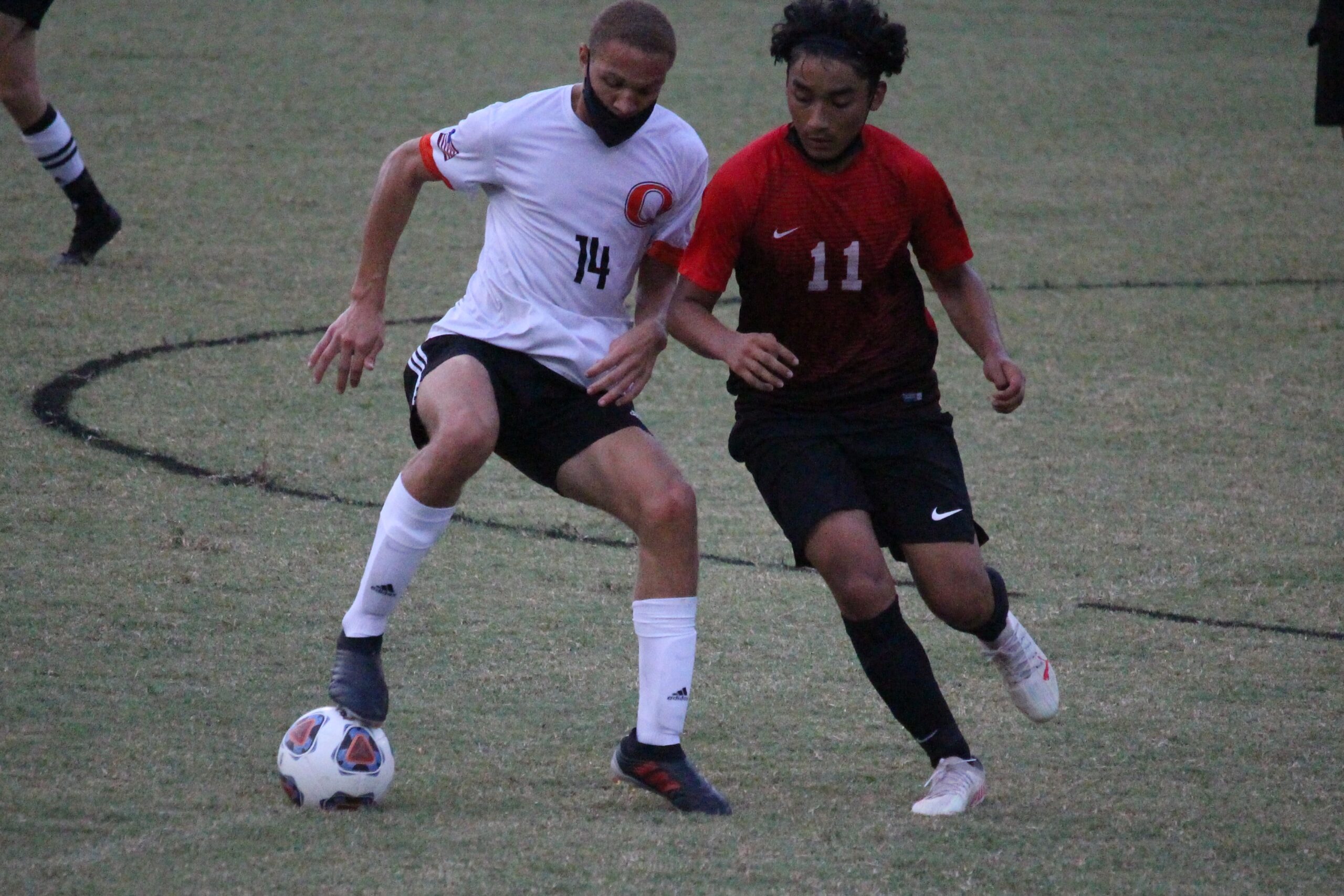 The dog days of October are here. Games that will decide Central Carolina Conference champions will start as soon as tonight when Cedar Ridge volleyball faces Northwood at Red Wolves Gymnasium. The Red Wolves swept the Chargers on September 2 in Pittsboro, Northwood’s only league loss. If Cedar Ridge wins tonight, they essentially have a three game lead (they’ll control the head-to-head tiebreaker over the Chargers, along with a two-game lead In the standings) with four conference games remaining.

Last week, the North Carolina High School Athletic Association released its first round of RPI rankings for volleyball, which revealed positive news for both Hillsborough volleyball teams. Cedar Ridge was ranked #1 in the 3A East region, even after its loss to D.H. Conley (which is a 4A team) on Monday. The Red Wolves were the highest among five Central Carolina teams ranked in the top 15 for the region. Person was #3, Northwood #4, Orange was #7 and Eastern Alamance #15.

One wrinkle that stood out from an Orange perspective was the Lady Panthers have played possible the toughest schedule of any team in the region. The winning percentage for Orange’s opponents was .715, the only scored in the region with a figure in the 70% range. Cedar Ridge, which has already played the defending 3A State Champions twice, was second in the region at .691.

Volleyball isn’t the only sport where conference championships are being contested, of course. In women’s tennis, Cedar Ridge pulled off its biggest win of the season on Monday night, beating Northwood 5-4 at Red Wolves Tennis Courts. The Chargers entered the match 5-0 in the CCC. Orange is jostling with the Chargers and Williams for a spot in the 3A Dual Team Playoffs, which will start next month.

With that in mind, here are this week’s Magnificent Seven, which honor the best individual performances over the past week.

Darius Corbett: The Orange striker for the men’s soccer team had a hat trick against Southern Durham on Friday night. It was Corbett’s second hat trick of the season. On August 28, he had three goals against Henderson Collegiate at WakeMed Soccer Park in Cary. Corbett leads Orange with seven goals this season.

Caitlin Carden: In wins over Eastern Alamance and Western Alamance, Carden collectively had 60 assists. In Orange’s 3-0 win over the Warriors, Carden had a double-double with 27 assists and ten digs as the Lady Panthers improved to 6-4, 3-3 in the CCC.

Erin Sollars: There’s no such thing as a short Orange-Western Alamance tennis match. Earlier this month, the Lady Panthers and the Warriors played a dual match that lasted well into the night. Last Thursday’s match in Hillsborough was no different, with Orange pulling out a 6-3 win. Two of the five singles matches went to 10-point, 3rd set tiebreakers. Sophomore Erin Sollars won her match at #3 singles 6-0, 6-1. Then in doubles, Sollars teamed with senior Jera Hargrove to win at #2 doubles 8-1 and wrap up the Orange win.

Chris Munoz: A strong week for Cedar Ridge men’s soccer continued with a 2-0 win over Eastern Alamance and a 8-1 victory over Person. Munox scored the game-winning goal against the Eagles. Against the Rockets, he scored two goals as the Red Wolves improved to 4-7, 3-1 in the CCC.

Cameron Lloyd: The Cedar Ridge junior outside hitter continues to make her case for Big 8 Volleyball Player of the Year. After the Red Wolves suffered its first loss of the season against Conley, the Red Wolves rebounded by making quick work of East Chapel Hill 3-0 on Tuesday in Hillsborough. Lloyd tied her season-high with 19 kills. She also had 18 digs. The Red Wolves impressively put away Person in Roxboro on Thursday to complete a season-sweep of the Rockets.

Olivia Aitkin: Olivia is a three-sport athlete at Cedar Ridge. She is best known for playing centerfield for the softball team, but she has also qualified for the Big 8 Conference swimming championships. She is also a golfer. Last week, Aitken finished in the top 10 during a Central Carolina Conference meet at the Valley Golf Course in Burlington. It was her second top-10 finish of the year. On top of that, Aitkin also committed to play softball at Amherst College in Amherts, MA.