Orange Panther of the Week: Omarion Lewis with Kameron Harshaw 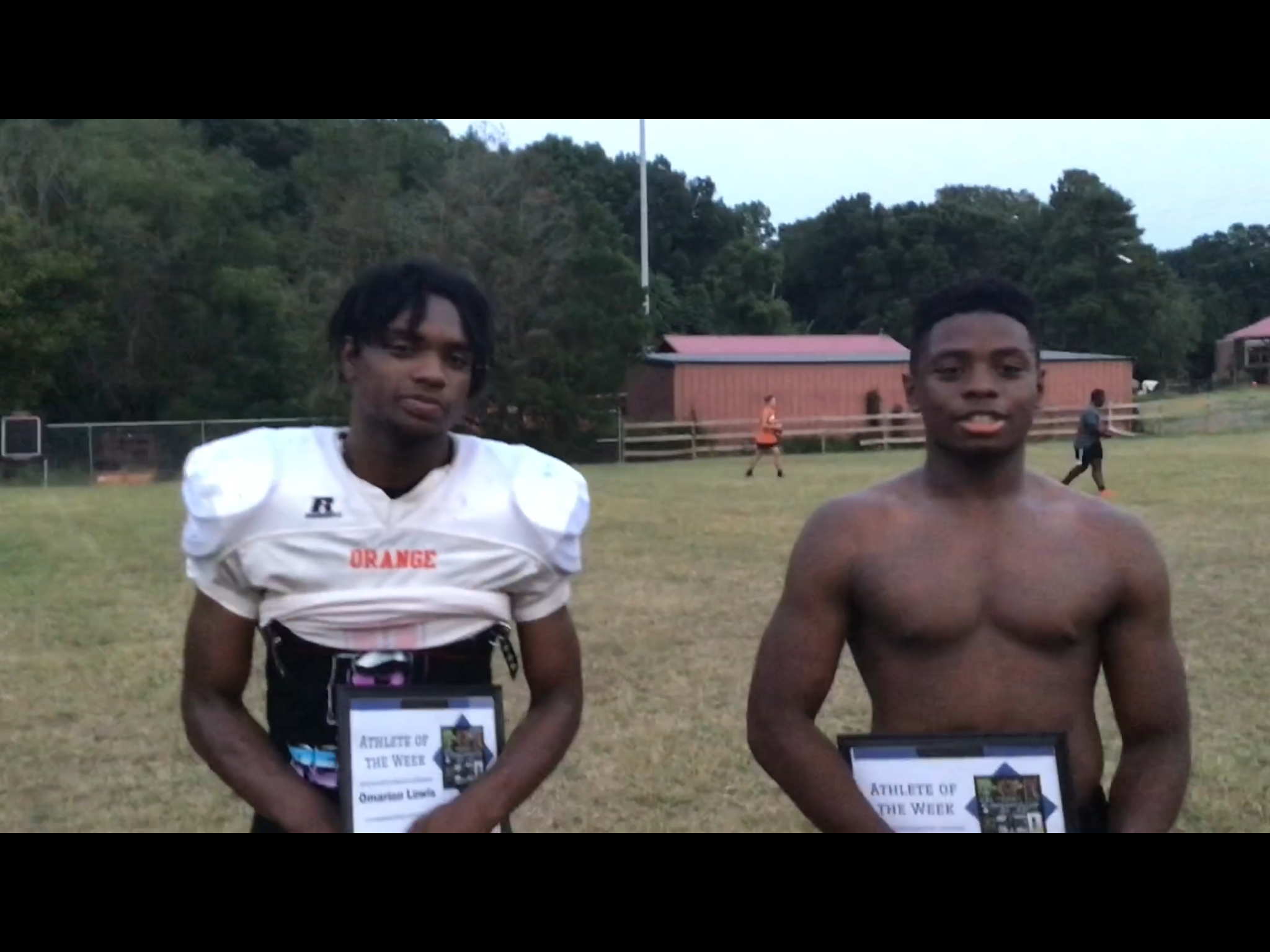 This week’s Orange Panther of the Week is running back Omarion Lewis. And the defensive player of the week is senior Kameron Harshaw. On Friday night, Lewis had a career-high 174 yards rushing with two touchdowns as Orange defeated Granville Central 47-0 for its first win of the season. Harshaw had four tackles for loss, including two sacks. Harshaw now leads Orange with 12 tackles for loss this season. It was Lewis’s second career 100–yard rushing game. His first came in the very first varsity game he ever played in 2019 against South Granville. Lewis leads Orange in rushing yards, yards from scrimmage and touchdowns so far this year. Harshaw is a nose tackle that gets off the ball so quickly, Coach Van Smith said Harshaw is among the fastest defensive linemen he’s ever coached. Lewis, Harshaw and the rest of the Orange Panthers will start play in the Central Carolina Conference this Friday night when they face Western Alamance in Elon. You can hear that game here on HillsboroughSports.com.