Orange School Board chooses not to shut down sports, limits spectators to two people per athlete 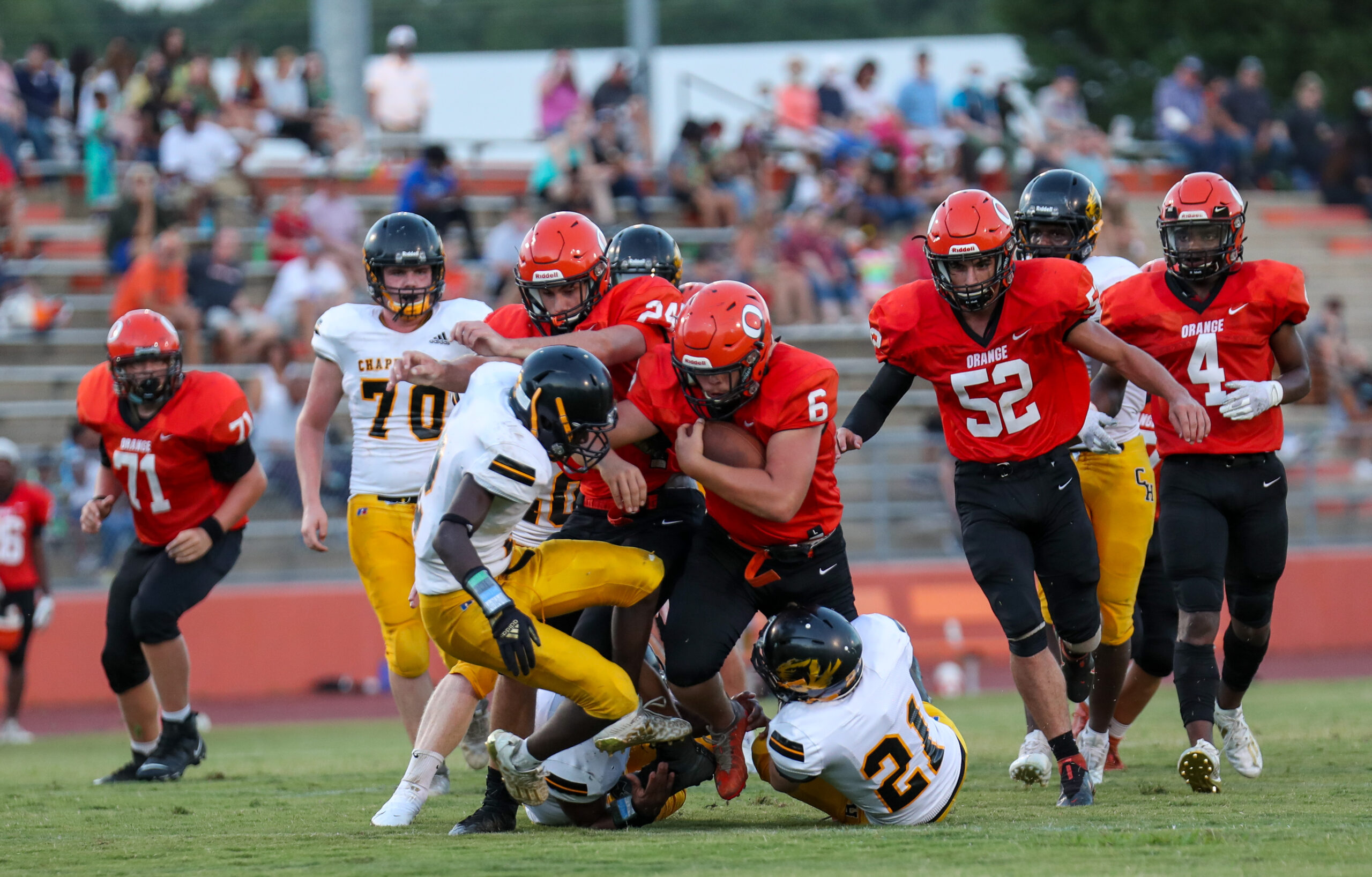 Following a long, contentious day, the Orange County School Board voted not to shut down all high school sports in Hillsborough, but spectators will be limited to two people per player for the next two weeks in all sports. Furthermore, spectators will be required to wear masks and no concessions will be sold at games during that period.

On Monday, a report from the Orange County Health Department was released that recommended shutting down all sports for two weeks due to the spread of the delta variant of COVID-19. The recommendation came after a study by the North Carolina Department of Health and Human Services, which released a report last week that showed clusters among school sports teams accounted for 45% of all clusters in North Carolina middle and high schools.

However, Orange County Schools have reported just five cases of COVID-19 in its athletic departments this year. The Orange High volleyball team was forced to shut down for two weeks after its first game on August 17 against Jordan. They returned to action two weeks ago against Southern Alamance.

The proposal would have ceased all football activities from September 14-through-September 30, as well as offseason practices and workouts for men’s and women’s basketball, wrestling and competitive cheerleading.

The measure also would have forced volleyball, men’s soccer, and cheerleading to operate on a limited basis with modifications for both the participants and the spectators in order to reduce the risk of COVID-19.

The agenda at the Orange County School Board meeting was largely unknown by the public until Monday morning. It quickly made the rounds online and led to immediate backlash against the school board and the Orange County Health Department. By late Monday afternoon, protestors gathered outside Gravelly Hill Middle School in Efland to denounce the measure. It spilled over into a public comment session during the meeting that lasted in excess of an hour and ranged in subject matter from COVID-19 to Black Lives Matters flags. Chairwoman Hillary McKenzie repeatedly warned onlookers in the audience who voiced disapproval while the board discussed the measure.

The meeting didn’t adjourn until 10:30PM.

Board member Brenda Stephens expressed reservations about shutting down sports, but not other extracurricular activities. She also harkened back to last month’s board meeting, when the board opted not to require vaccinations for students in order to play sports, as well as play in band, act in drama and participate in other extracurricular activities.

“I have a level of discomfort with a lot of this,” Stephens said. “I don’t feel comfortable singling out just the athletes. I just don’t.”

The Orange football team will play its Central Carolina Conference opener at Western Alamance on Friday night in Elon. Orange will have a home game against Walter Williams on September 24. The measure that restricts fans is slated to end before Orange’s homecoming game on October 8th against Person at Auman Stadium.

The two-week limit on spectators will have an impact for Cedar Ridge volleyball, which was expecting a huge crowd next Monday for its rematch against D.H. Conley, the defending 3A State Champions. The Red Wolves defeated the Vikings 3-0 in Greenville on August 22.

Cedar Ridge’s junior varsity squad, which is the only football team the Red Wolves are fielding this year, is scheduled to remain on the road for the next two weeks with trips to Person this Thursday night and to Orange on September 30. The Red Wolves next home game is slated for October 7 against Eastern Alamance.

School board member Will Atherton also expressed reservations about shutting down all sports for two weeks.

“I have a high level of discomfort with doing this,” Atherton said. “Especially since (the football teams) have already played four games. I’ve talked with many coaches and parents. I just don’t see any support this.”

“That is something we should be doing and protecting our citizens, as well,” Atherton said.

“There has been tremendous risk in the lack of masking and the lack of social distancing at football games,” said board member Sarah Smylie. “I think that’s something that has to be addressed if we want to run these things safely.”