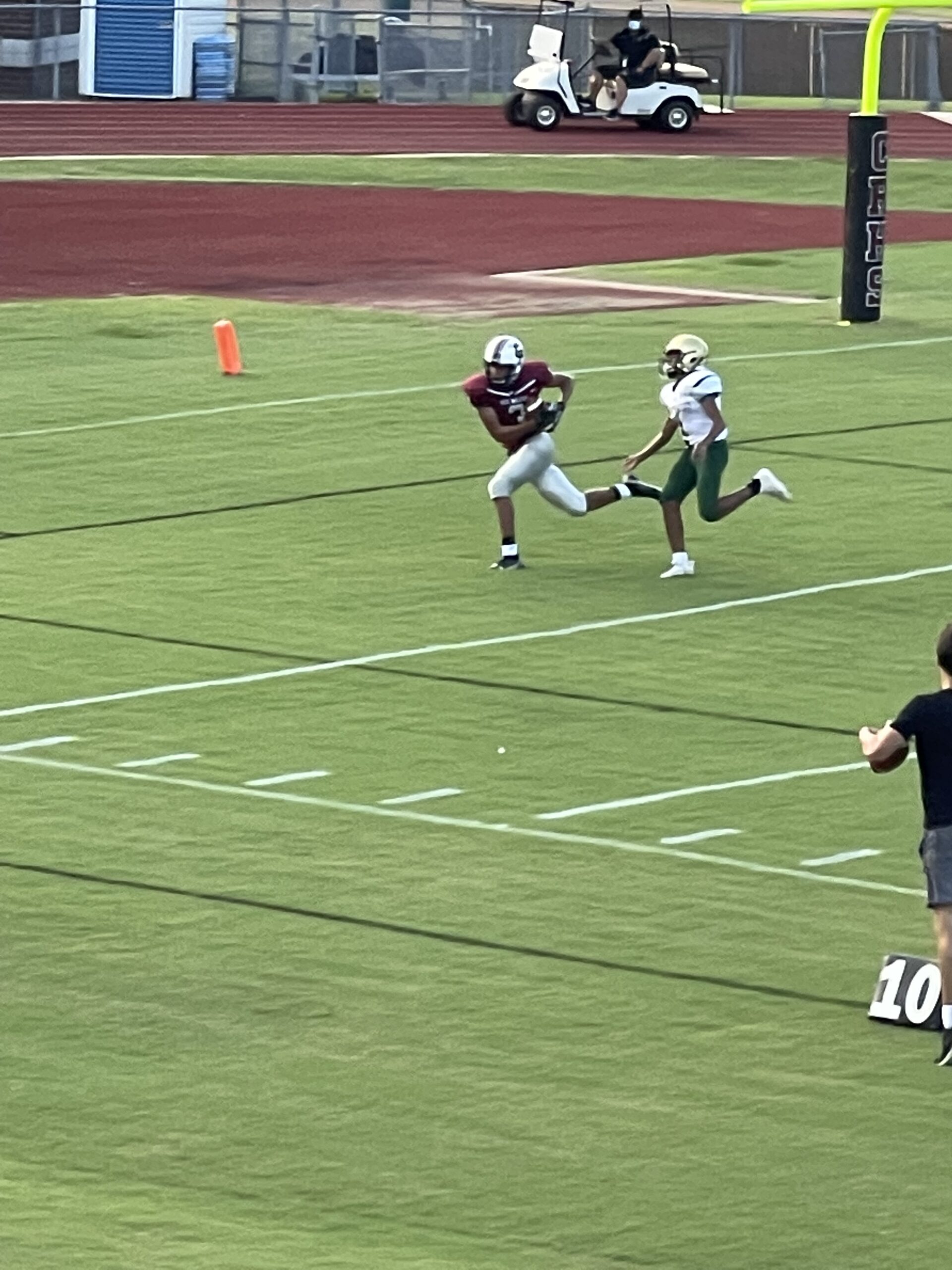 As a former North Carolina Central wide receiver, Torrean Hinton watched with pride as his Eagles pulled a mild surprise in beating Alcorn State in the MEAC/SWAC Challenge on August 28.

He was probably envious of Central coach Trei Oliver’s ability to not only beat the Bulldogs, but to deftly sidestep the Gatorade shower from his own players once victory was secured.

Last Thursday night, Hinton wasn’t quite as swift as Oliver along the sidelines. But he was just as victorious.

Cedar Ridge running back Tyler Field scored two touchdowns and also had two interceptions for Cedar Ridge, who improved to 1-1. Quarterback Tom Crawford started the scoring with a touchdown pass to Luke Orstad to open the scoring. After Field scored a rushing touchdown, Field threw to Gavin Sher on the 2-point conversion to put the Red Wolves ahead 14-6. After the Buccaneers narrowed its deficit to 14-12, Cedar Ridge scored early in the fourth quarter off another touchdown from Field.

Mason Cates, Matt Turner, Mazariegos and Fields all had solid games for the Red Wolves.

Cedar Ridge opened the season on August 19 against Northwood inside Red Wolves Stadium.

Northwood, running a Power-I formation, held off the Red Wolves 20-6.

Cedar Ridge’s only touchdown came early in the second quarter when sophomore quarterback Tom Crawford threw to wide receiver Hayden Kirk for a 15-yard strikes down the left corner of the end zone. It concluded a 7-play, 56-yard drive which started with freshman Michael Charway running for eight yards. Cedar Ridge’s 2-point attempt failed and Northwood maintained an 8-6 lead.

Northwood, coming off a loss to Lee County, earned a touchdown on the next drive to go ahead 14-6.

“They did what they do,” said Hinton. “For my team not having a lot of scrimmages and a lot of bodies to go full 11-on-11, this was our first competition. The good thing about it was we got a lot of film. We’re going to learn from this. Northwood played its first game last week, but that’s what happens in football. The most important week is week 2. They had a chance to come out and execute their game plan.”

After going to Orange on September 30, the Red Wolves will finally return home to face Eastern Alamance on October 7.

“A lot of the plays we called, we haven’t done in live contact,” Hinton said. “Because we just didn’t have bodies. So a lot of stuff we called we just called to get it on film. So we treated it like a scrimmage, in some sense. The players lined up and played their hearts out.”

Angus Pritchard, Mason Cates and Rayshawn Page had strong games for the Red Wolves defensively against the Chargers.