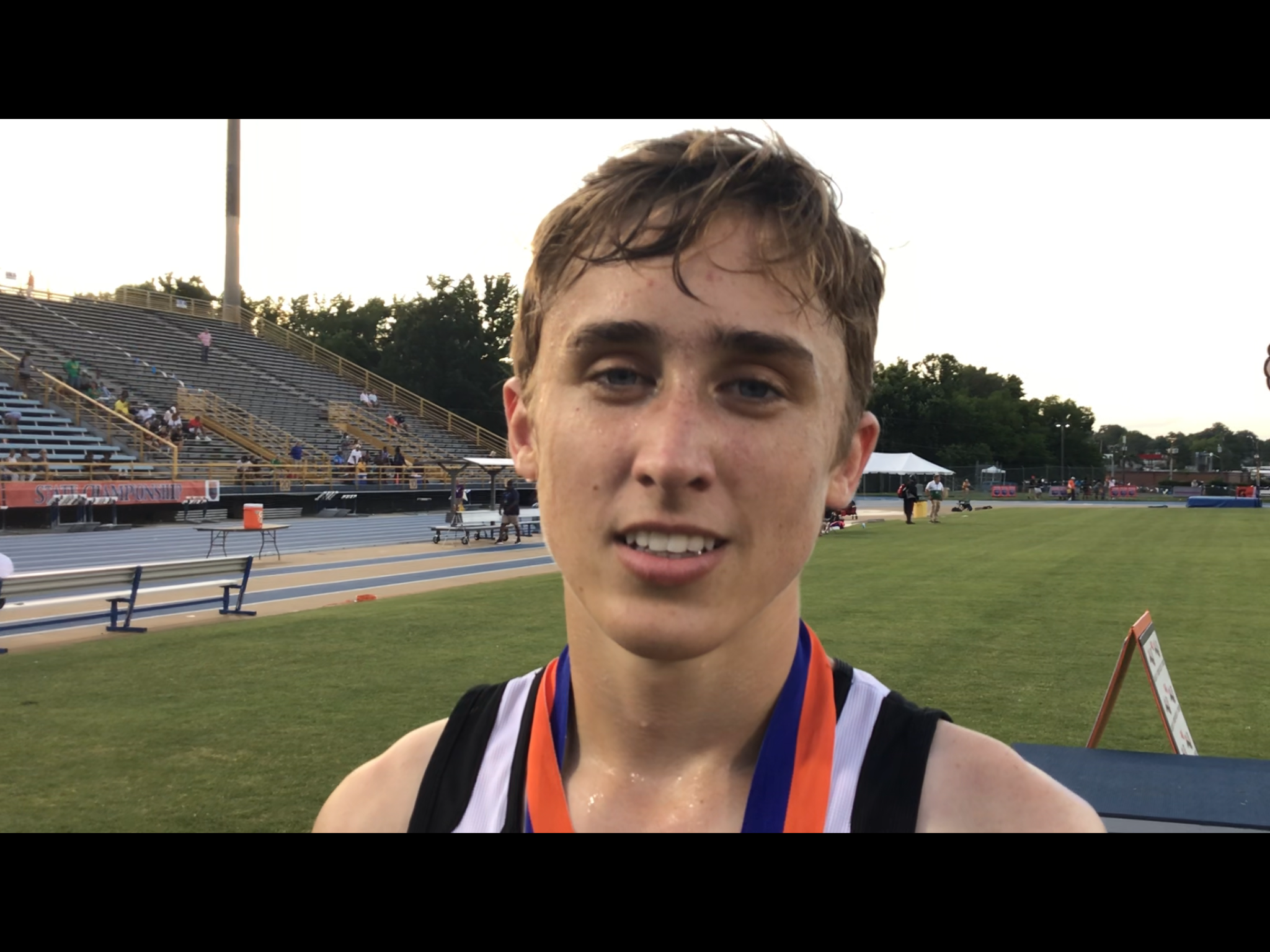 If the 3A State Championship meet had been 3,100 meters, Orange’s Spencer Hampton would have won it all. Instead, Walter Williams Ryan Motondo passed Hampton on the backstretch with 80 meters remaining to win the 3,200 meters at the 3A State Track and Field Championships at Truist Stadium inside North Carolina A&T State University on Saturday. Hampton, who won the 1,600 meter regional championship last week at Southern Lee High School, led the entire race, fending off challenges from Jack Dingman of Northern Guilford, Emil Arangala of Chapel Hill and Caden Townsend of Weddington. Hampton concluded a successful season where he claimed ten 1st places finishes, along with being the only individual runner from Hillsborough to qualify for a state championship. Motondo and Hampton will continue their rivalry again in August. Last fall, the two competed in cross country. Next year, Orange will join Williams in the new Central Conference, where Hampton and Motondo will dual on the track in the spring and the cross country courses in the fall.