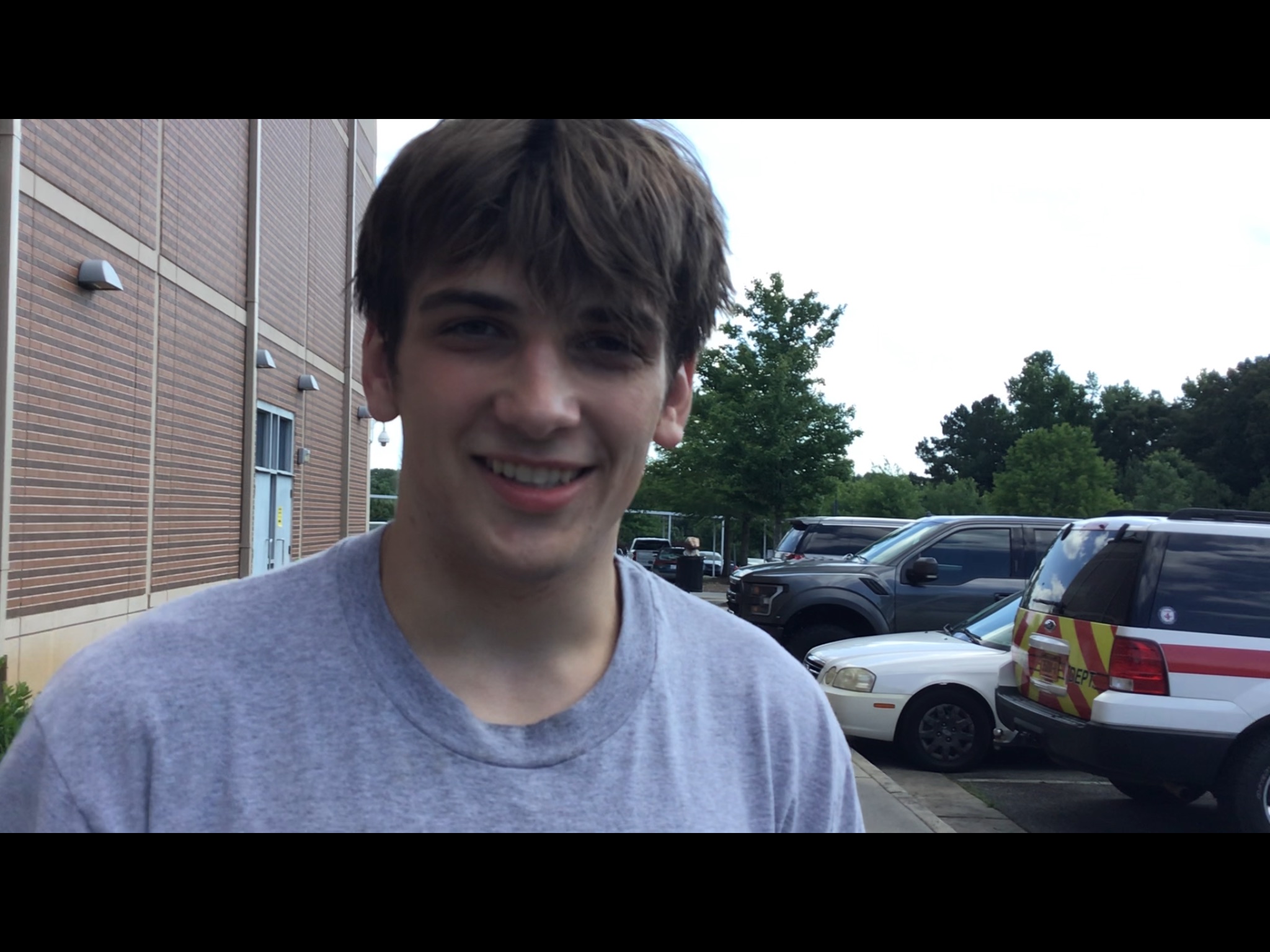 The biggest success story of Orange’s unusual wrestling season became its only placer in the 2021 state championships.

Horne was one of six Panthers who qualified for the state championships, which ordinarily takes place 20 minutes away at the Greensboro Coliseum. Cedar Ridge’s Daina Pritchard also competed at 145 pounds on Saturday morning.

Horne, who was an all-Big 8 Conference right tackle with the Orange football team, competed in only the second individual tournament of his varsity career. He started the day with a wild win over Dylan Donaldson of South Iredell, who led for most of the match.

Trailing 4-2, Horne nearly wound up getting pinned on a quick cradle to open the third period. Horne scored a quick reversal, but Donaldson escaped to go ahead 9-6 with 36 seconds remaining. With 15 seconds left, Horne tripped Donaldson to send him up his back and immediately got three near fall points, which sent the Orange coaches and reserves seated mat side into a frenzy. Horne nearly forced Donaldson’s shoulder on the mat as the buzzer sounded and Horne advanced with an 11-9 decision.

Horne’s quarterfinal match against Eastern Regional Champion Derek Waiau of Havelock was more tactical. Waiau, who appeared to outweigh Horne by at least 25 pounds, never could score a takedown. Scoreless going into the third period, Horne got an escape point early in the third period. Both men had been assessed stall warnings in the second period, but Horne’s elusiveness kept him from being put on his back and he held on for a 2-1 win.

Horne became the first Panther to place in the state championships since Levi Anderson finished runner-up at 145 pounds in 2019 at the Greensboro Coliseum.

The successful career of Orange senior Kessel Summers ended in crushing fashion in the 132-pound quarterfinals. After Summers defeated Northern Guilford’s Cohen Beane in the opening round, he faced Statesville’s Antonio Caldwell. Summers led 10-3 going into the third period. Caldwell started the final frame from the top. As Caldwell held on to a waist lock, Summers attempted a shoulder roll to escape, but Caldwell caught his foot and put Summers on his back. Summers tried in vain to escape, but Caldwell scored the pin at 5:09.

It was an agonizing loss for Summers, who ended his Orange career with a record of 115-41. If Summers had won, he would have faced Andrew Clark of Union Pines in the semifinals. Last week, Summers defeated Clark 8-6 in the regionals.

Will Lewis of Western Harnett, who captured the Mideast Regional championship, claimed the 3A State Championships at 138-pounds.

Of the six Hillsborough wrestlers who qualified for the state championships, Horne and Summers were the only ones who advanced beyond the first round. Because of COVID protocols, there were no consolation rounds.

At 145 pounds, Pritchard wound up losing to the eventual state champion, Zack Karagias of Stuart Cramer, who finished 26-0 this season. Pritchard was scoreless with Karagias going into the final period of their match, but Karagias escaped from the bottom on a reversal and eventually scored the pin at 5:40. Pritchard ended his season at 24-4. He had a career record of 77-49.

Also at 145 pounds, Eli Foster of Enka pinned Orange’s Matthew Smith-Breeden in 2:51. Smith-Breeden, a senior, was tied 2-2 at the end of the first period before the finish. He ends the season 15-8. For his career, Smith-Breeden was 82-41. In a standard season of individual tournaments with consolation rounds, more team matches and a state dual team tournament, Smith-Breeden likely would have been the 49th wrestler in Orange history with 100 wins. For comparison’s sake, Smith-Breeden wrestled 52 times as a junior.

Orange junior Brendon Worsham, at 182 pounds, was pinned by Samuel Cowher of Cox Mill in 2:58. Worsham led 2-0 at the end of the first period, but Cowher notched a takedown early in the second period. Worsham, a junior making his second appearance in the state championships, ends the season 16-4.

With the conclusion of the 2021 season, Orange ends its eight-year association in the Big 8 Conference. Through eight years, Orange had a dual match record of 52-1 with seven conference titles.