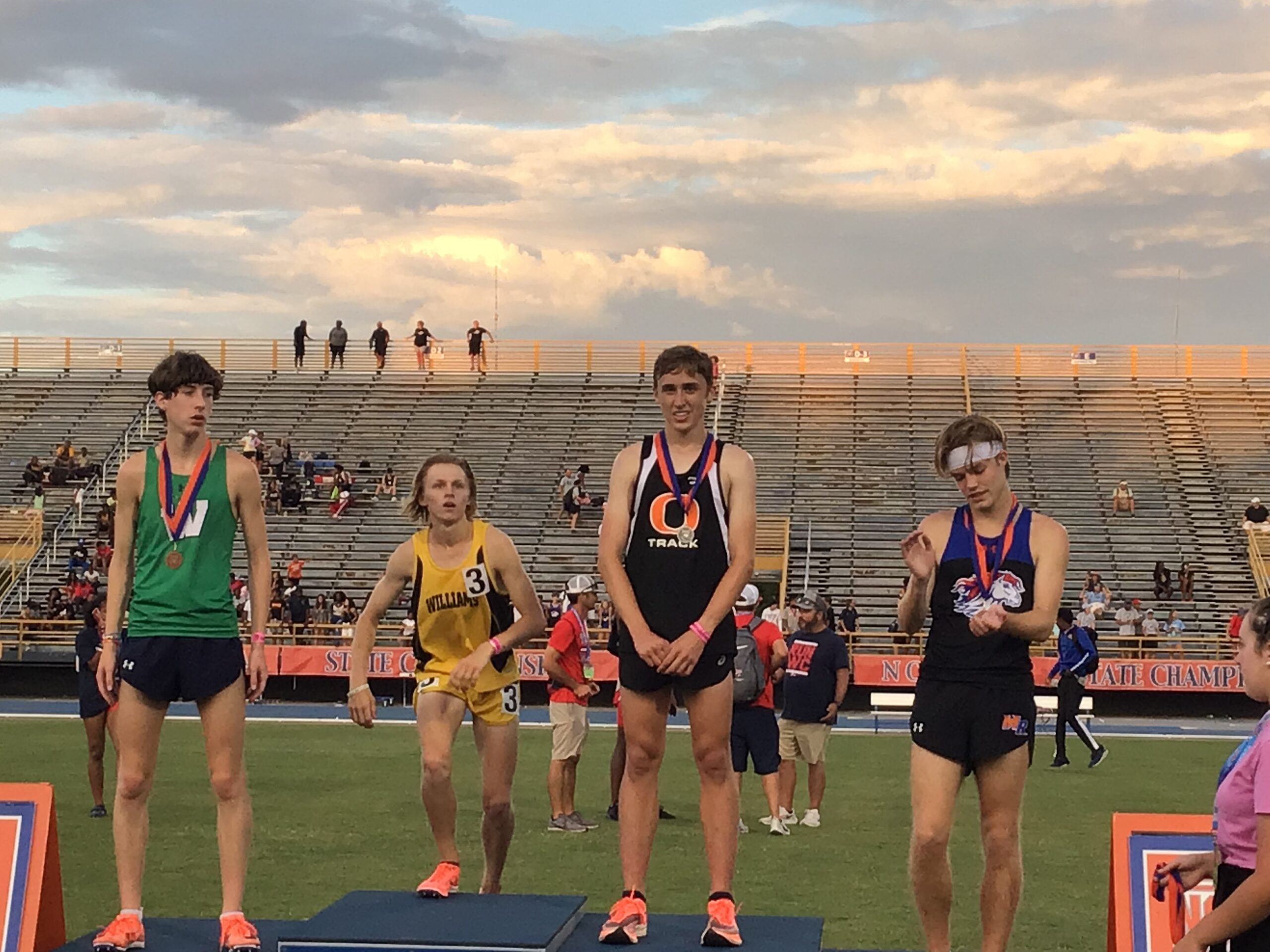 GREENSBORO–As Spencer Hampton prepared to run the biggest race of his life, there was a rainbow overhead.

The threatening clouds that had permeated the afternoon at Truist Stadium inside North Carolina A&T State University in Greensboro had yielded to a rare but glorious sight. If someone believed in omens, they may have thought that Orange was about to have its first long-distance running state champion since 1998.

For eight minutes and 3,100 meters, Hampton reinforced that belief.

But it was the 3,200 meters that Hampton was running in. Walter Williams Ryan Motondo passed Hampton about 90 meters from the finish line to overtake the lead and beat Hampton to win the 3A State Championship on Saturday afternoon.

Motondo finished the race at 9:22.50. Hampton earned the second spot on the medal stand at Belk Track at 9:26.07. It is the best finish by any Orange runner, regardless of gender, since Bradsher Wilkins won the 4A Men’s 3,200 meter championship in 1998.

At the outset, Hampton established the lead and turned back challenger after challenger through eight laps. Jack Dingman, a senior from Northern Guilford who won the 1,600 meter state championship earlier in the day, stayed just behind Hampton on the opening laps, but faded to the back. Chapel Hill’s Emil Arangala was a few strides back on the third and four laps, but couldn’t continue that pace. Weddington sophomore Caden Townshend also posed a threat before he was passed by Motondo.

Hampton and Motondo are no strangers to one another, and they’ll only get better acquainted as time goes on. Motondo was the 3A State Champion in men’s cross country in January, a race where Spencer finished 24th. In August, Orange and Williams will become league rivals in the brand new Central Conference.

Orange was well-represented throughout the 3A State Track and Field Championships on a warm, but not oppressively hot, Saturday afternoon in Greensboro. Orange’s 4×400 relay team of Devin Goss, Keanu Mims, Jeffrey Faulkner and Elijah Danley finished 7th in the state. The Panthers won the opening heat on the strength of a great anchor run by Faulker, who surged past competitors from A.C. Reynolds and Union Pines at the finish line at 3:31.80. Cuthbertson won the state championship at 3:19.40.

Orange’s Erin Mink was the only female state qualifier. A senior who also competed in the long jump and the triple jump this season, Mink finished eighth in the pole vault when she cleared ten feet. Emma Stone of Marvin Ridge won the 3A State Championship at 12-feet, six-inches.

This was the last official team event for Orange and Cedar Ridge as members of the Big 8 Conference. On August 16, when men’s soccer and women’s tennis officially start, the Panthers and the Red Wolves will become members of the new Central Conference.