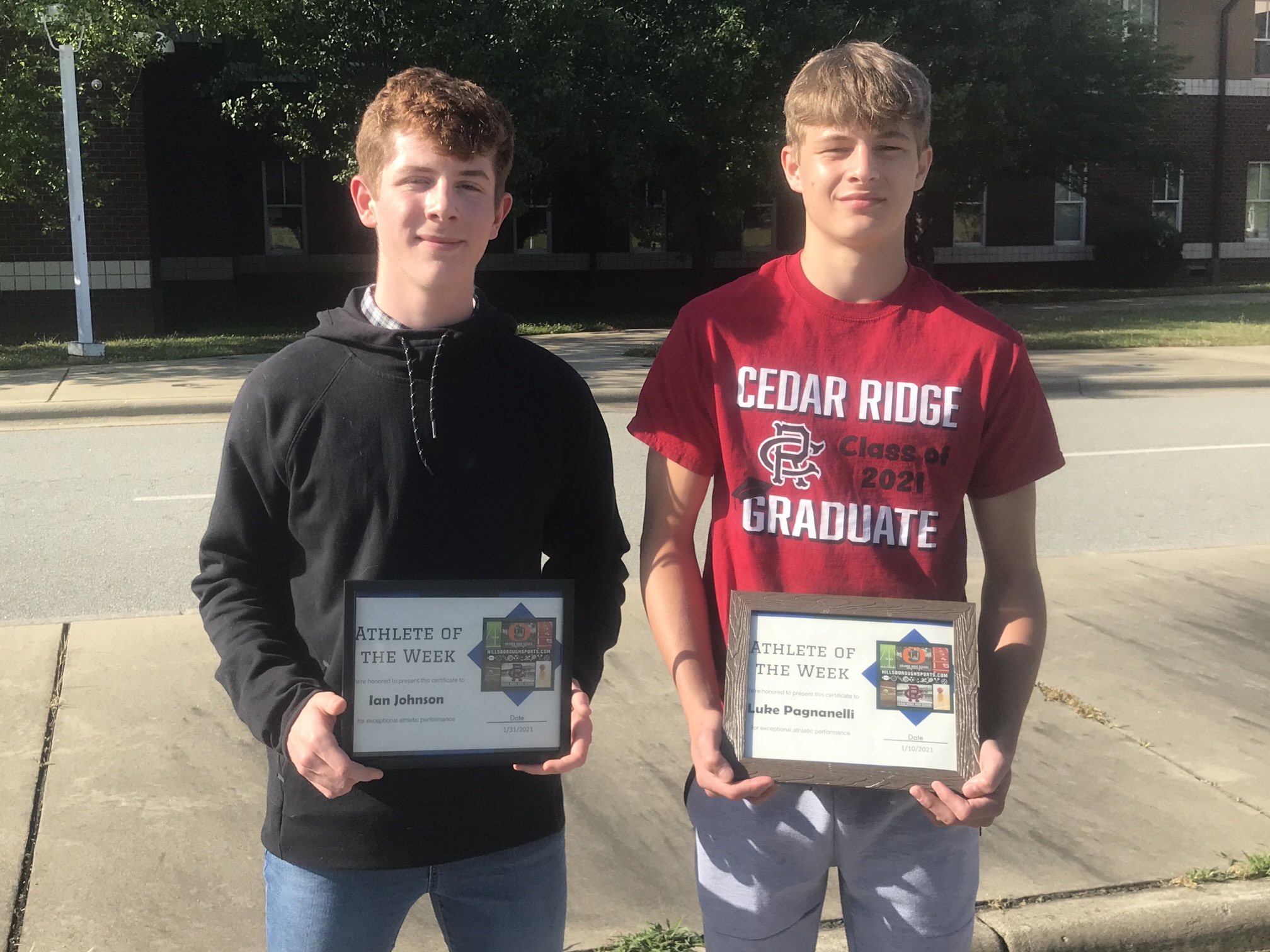 Any time Cedar Ridge sweeps a season-series from Orange, it’s special. When it happens in men’s basketball, it becomes a permanent memory. This year, even though no fans were on hand to witness it, there were two classic wins for the Red Wolves over the Panthers in men’s basketball, which leads to our retro Cedar Ridge Red Wolves of the Week. The honoree for the week of January 10 is senior guard Luke Pagnanelli. And for the week of January 31, it is senior guard Luke Johnson. On January 11, Cedar Ridge fought back from an 18-point deficit with 2:34 remaining in the third quarter, finished regulation on a 24-7 run and beat the Panthers 67-66. Pagnanelli finished with 17 points and five rebounds, including the opening two field goals of overtime to put Cedar Ridge ahead to stay. On February 5 in Hillsborough, Cedar Ridge fought back from an early deficit to beat the Panthers 51-48. Both Pagnanelli and Johnson knocked down pressure free throws in the final minute. Pagnanelli hit two charity tosses to put Cedar Ridge ahead. Johnson knocked down two free throws for the final points of the game. In his final game against Orange, Johnson tied his season-high with 14 points. Next week, both Pagnanelli and Johnson will graduate. Pagnanelli will move to St. Petersburg, Florida to attend a community college. Johnson will head to N.C. State, where he plans to major in Aerospace Engineering. Away from the hardwood, Johnson was a member of Cedar Ridge’s Science Olympiad team, which would have competed in the statewide competition if it wasn’t for the pandemic. Congratulations to two seniors to completed their Cedar Ridge basketball careers with four straight wins over Orange, Luke Pagnanelli and Ian Johnson.