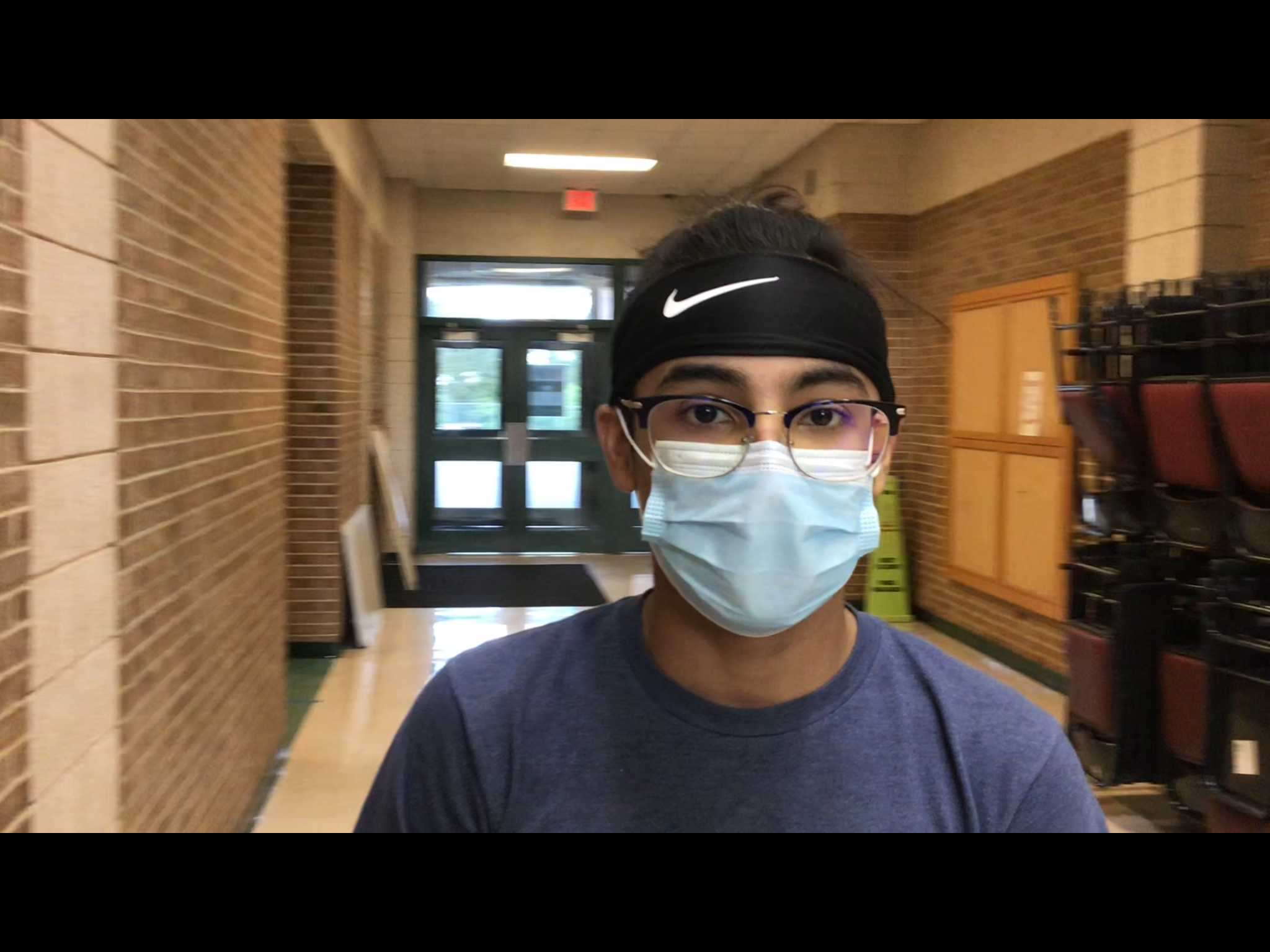 Cedar Ridge defeated Neuse Charter School 33-12 in the opener. Senior Daina Pritchard scored a pin over the Cougars’ Jackson Evans in 1:32. Against Trinity, Pritchard pinned Charles “Bear” Schaefer in 2:30. On Wednesday night during a dual meet against 1A power Uwharrie Charter Academy, Pritchard pinned Alec Milikan in 2:55. For the season, Pritchard is 22-1 with 13 pins. He has won his last four matches via pinfall.

Sophomore Fernando Martinez concluded an impressive week going 3-0. That included a 13-6 decision over Trinity’s Levi Dennis, one of only three individual wins for the Red Wolves over the Bulldogs. On Wednesday, Martinez pinned Uwharrie’s Michael Blackwell in 1:03. Martinez is now 20-1 this season with nine pins.

Senior James Rosati-Brown earned the 75th win of his Cedar Ridge career on Thursday night. Rosati-Brown held off Camden Gurley of Neuse Carter 4-3. Alex Minish earned a decision win over Rosati-Brown, who is now 20-2 this year.

In the win over Neuse Charter, Kady Watkins earned a forfeit win at 126-pounds. Watkins, a senior co-Captain, has eleven wins this season.

Cedar Ridge is 13-8 on the season. They will complete its dual scheduled on Tuesday in another tri-meet against Ledford and Kernersville Glenn.

Grace Andrews: After her freshman year at Catawba Valley Community College, Andrews was named to the second-team All-Region squad by the National Fastpitch Coaches Association.

This was the first year that Catawba Valley fielded a softball team. Andrews led the Red Hawks in with 53 hits and 41 RBIs. She was second on the squad with a .442 batting average and eight home runs. Andrews scored 35 runs, which was third on the team.

This season, Catawba Valley finished 23-13 overall, 12-9 in Region X. Andrews started at second base for Orange’s 2017 3A State Championship Softball team. The fourth anniversary of Orange’s game 2 win over Piedmont was Thursday. It is the only state championship won by a female team in Orange High history.

Bryse Wilson: Wilson suffered his first loss of the season pitching for the Gwinnett Stripers of Triple-A East on Thursday night. The Jacksonville Jumbo Shrimp defeated the Stripers 6-2 at CoolRay Field in Lawrenceville, GA. Wilson threw five innings with six strikeouts. He surrendered five runs off six hits and four walks. Wilson is 2-1 for the Stripers, who fell to 15-12.

Two of them will be in the Greenville Regional, hosted by #13 East Carolina. Suiting up for the Pirates will be Joey Berini, the 2019 Big 8 Conference Player of the Year. Berini was a starting shortstop for Orange for four seasons. East Carolina opens play against Norfolk State, the champions of the Mid-Eastern Athletic Conference, Friday at noon.

The #2 seed in the Greenville Region is Charlotte, which includes former Cedar Ridge/Orange shortstop Dante DeFranco. The 49ers claimed the Conference USA Regular Season Championship. DeFranco hasn’t played in a game this season. Charlotte will open against Maryland on Friday at 6 PM.

In the Knoxville Regional, former Orange pitcher Landon Riley will suit up for Liberty. For the third time this season, the Flames will face Duke. The Blue Devils, the Champions of the ACC Tournament, swept the regular season series against the Flames. Duke and Liberty will face off Friday at noon. Liberty won the Atlantic Sun Regular Season Championship, but lost to Jacksonville in the Atlantic Sun Tournament Championship game.