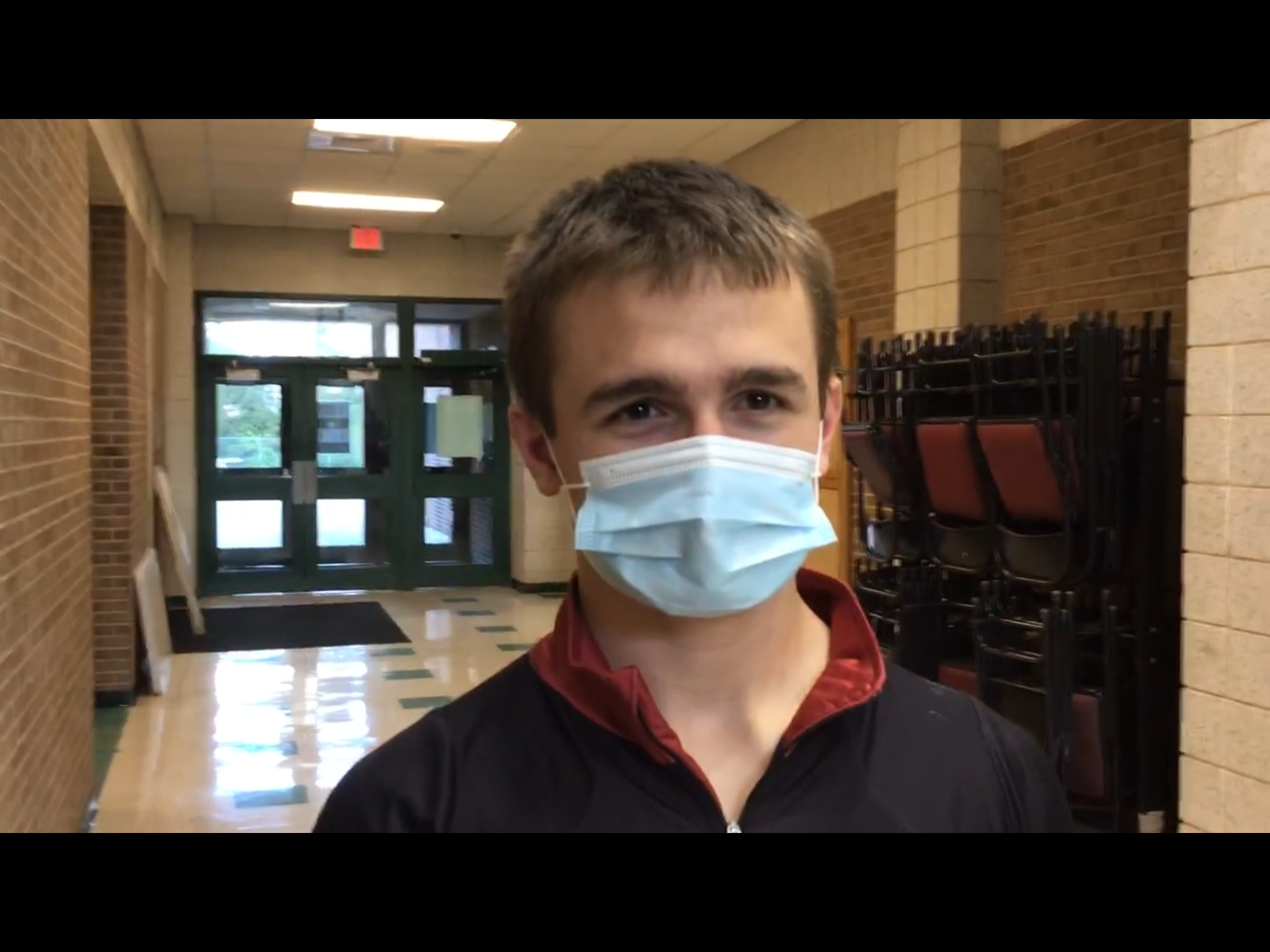 Going into the 3A Mideast Regionals at Eastern Guilford High School next month, two Cedar Ridge wrestlers maintain undefeated individual records after a tri-meet in Yanceyville.

On Wednesday night, the Cedar Ridge wrestling team improved to 11-5 after sweeping a tri-meet from Bartlett-Yancey and Burlington Cummings. The Red Wolves rode a key pinfall win by James Rosati-Brown to a 33-30 win over the Buccaneers. Competing at 152 pounds, Rosati-Brown pinned BY’s Logan Church in 3:09. It was Rosati-Brown’s 70th career win. Later in the night against Cummings, Rosati Brown would earn a forfeit win to go to 16-0 on the season.

At 160 pounds, freshman Kaden Tatro pinned Christian Smith in 1:30. Thomas Bradley secured the dual match win for the Red Wolves with a 10-8 decision over Jakoby Casselman.

Pritchard moved to 16-0 on the year as Cedar Ridge defeated Cummings 47-30 in the final match of the night. At 145 pounds, Prichard earned a technical fall over Elijah Collins 18-3. It was one of only two matches that didn’t end in a forfeit. In the other, Cedar Ridge heavyweight Aidan Kearns pinned Cummings’ Wesley Reese in 37 seconds. Two female wrestlers for the Red Wolves, Watkins and Zoey Moreno, picked up forfeit wins. Watkins has ten victories this year. Also winning via forfeit against the Cavaliers were Rosati-Brown, Martinez, Tatro, and Bradley. Martinez, a sophomore, now has a career record of 49-14. He will go for his 50th career win tonight when Cedar Ridge faces Greensboro Grimsley and Montgomery Central in another tri-meet.

The Orange women’s tennis team has won four consecutive matches, as well as seven of its last eight. For the second year in a row, the Lady Panthers swept the season series from crosstown rival Cedar Ridge. On Wednesday, Orange defeated Cedar Ridge 8-1.

Cedar Ridge captured the #1 singles match. Freshman Cameron Mayhew won 6-0, 6-2 to improve to 3-2 in single play this year. Mayhew is the younger sister of Josh Mayhew, who became the first Cedar Ridge player to reach a state championship tennis final earlier this month in the 3A men’s championships at the Burlington Tennis Center.

Orange junior Jinkie Andrews won at #4 singles 6-2, 6-2. Later in the day, Andrews teamed with senior Morgan Gwinn to win at #1 doubles 8-4. Boroski & Williamson won at #2 doubles. Tea Jones and senior Lindsey Jouannet finished the day with an 8-3 victory in #3 doubles.

In what will likely be the final head-to-head matchup between Orange and Vance County in any sport as conference rivals, the Lady Panthers two dual matches over the Vipers on Thursday afternoon. Orange won 9-0. The Vipers, who brought three players in from Henderson, forfeited the final match.

Andrews started at #1 singles and won 8-0. Jouannet won at #2 singles. Sophomore Madelyn Horn captured her #3 singles match. Isabelle Lynn and Ashley Behringer won the only doubles match that was contested 8-0.

Orange is now 7-3 overall, 6-3 in the Big 8 Conference. The Lady Panthers will host senior day against Northwood on Tuesday. First, the two teams will complete a suspended match from May 5 that started in Pittsboro. The Chargers led 4-3 at the time of the stoppage. Orange and Northwood will then play its regularly scheduled match.

Cedar Ridge will host Northern Durham on Tuesday. The Red Wolves defeated the Knights 9-0 on May 5. Cedar Ridge is also scheduled to face Vance County on June 7.

The Big 8 Women’s Tennis Tournament is scheduled for June 11. The 3A Mideast Regionals will be held at the Burlington Tennis Center on June 18.