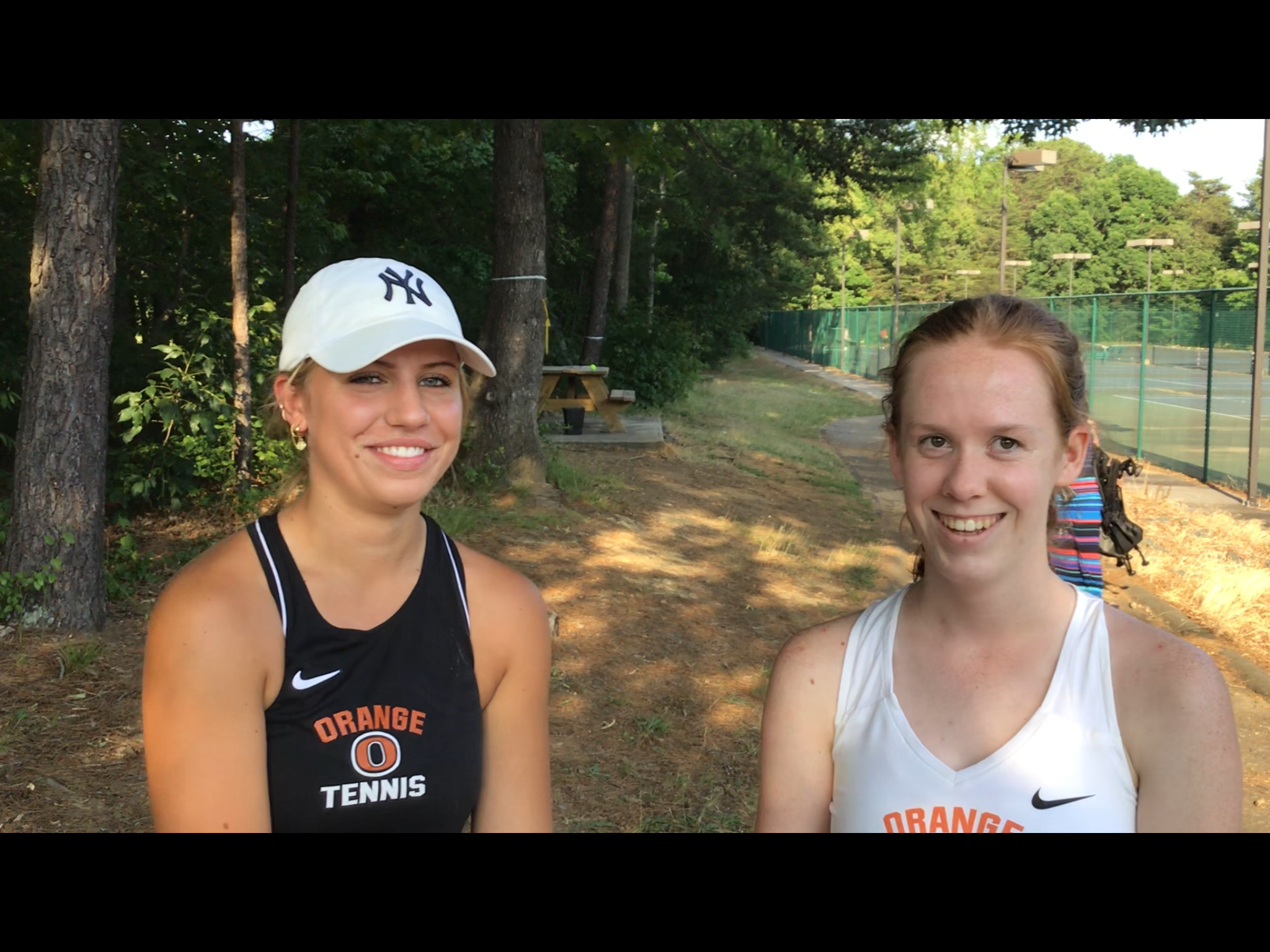 As classes wound down at Orange High this week, the women’s tennis team continued a winning streak. On Wednesday, the Lady Panthers defeated Cedar Ridge 8-1 at Panther Tennis Courts. Junior Jinkie Andrews captured her singles match 6-3, 6-2. Andrews teamed with senior Morgan Gwinn 8-4 to win in #1 doubles. On Thursday, Orange won two dual matches over Vance County. Andrews started at #1 singles against the Vipers and won 8-0. It was her Andrews’ eighth win of the year. Earlier this month, Gwinn’s younger brother, Brandon, went to the 3A State Tournament in doubles play. Gwinn teamed with Colin O’Hagerty after they finished 4th in the Mideast Regionals. This season, Gwinn has started at #1 singles for Orange. On Tuesday, Gwinn and classmates Halle Boroski, Ashley Behringer, Lindsey Jouannet and Emma Williamson will be honored before the resumption of a suspended match against Northwood for Senior Day. After the completion of the earlier match, which was suspended in Pittsboro because of a thunderstorm, Orange will have its regularly scheduled home match against the Chargers. Orange has won four in a row and is 7-3 overall, 6-3 in the Big 8 Conference.