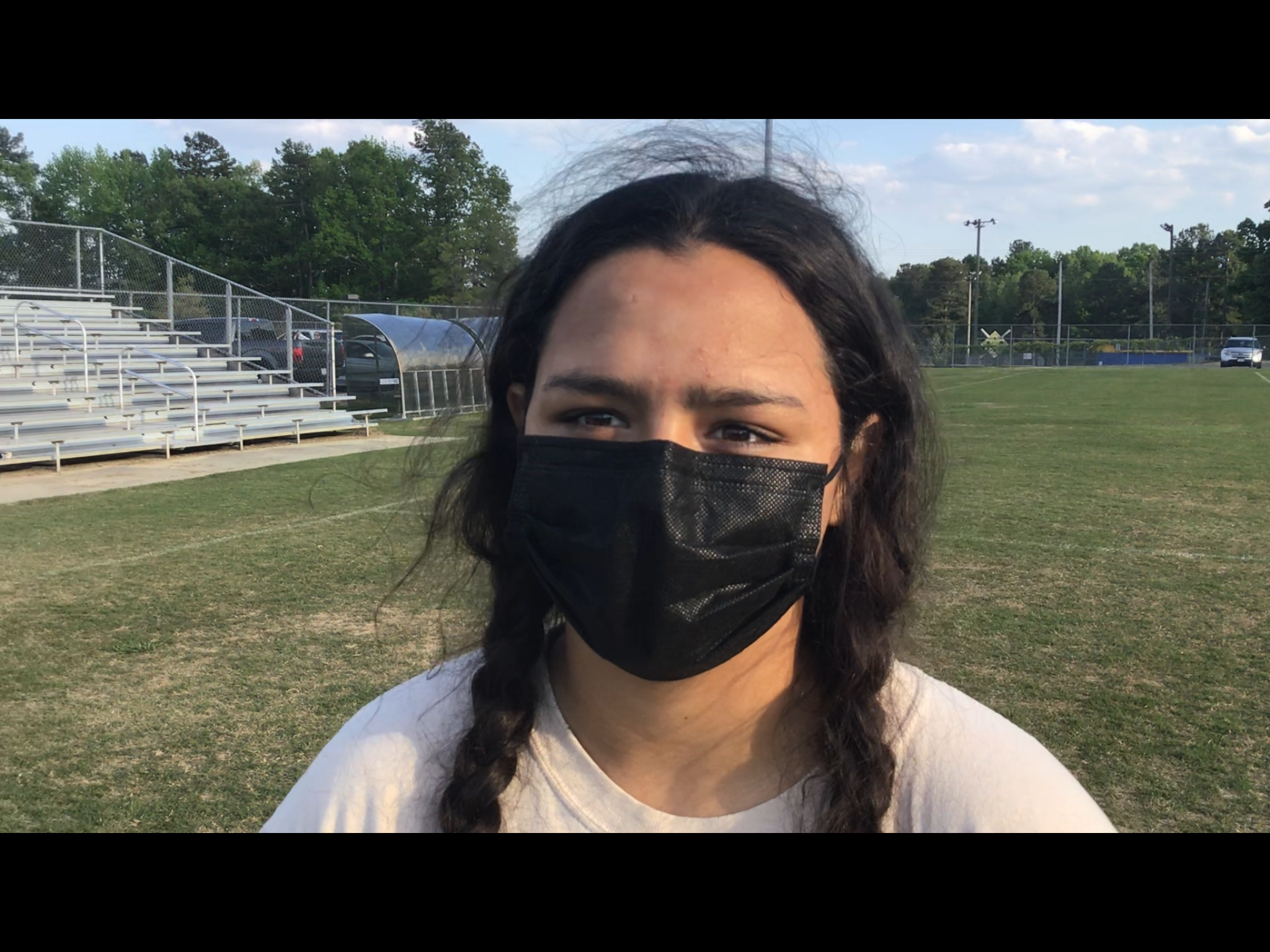 After its best overall season in six years, there were two Orange women’s soccer players honored by the North Carolina Soccer Coaches Association as All-Region 6.

In fact, they came from the same family.

In addition, Logan and Sydney Rogers were named to the All-Big 8 Conference team. Joining them on the All-Big 8 team from Orange were junior Bella Brown and sophomore goalkeeper Abby Monteith.

Cedar Ridge senior striker Emerson Talley and midfielder Nicol Anderson were also named All-Big 8 Conference. It was the third time (out of three possible years) that Talley made All-Big 8.

Logan Rogers scored a career-high nine goals this season for an Orange team that finished 9-5, its best record since going 15-4-2 in the 2015 season. In a non-pandemic year, the Lady Panthers’ record would have been good enough to make the 3A State Playoffs for the first time since 2017. Due to the pandemic, the field was limited to 32 teams, instead of the usual 64, by the North Carolina High School Athletic Association.

During a two-week period in March, Logan had a three-game goal scoring streak. That included the only tally in a 1-0 victory over Northwood in Hillsborough on March 24. She also scored in a 5-1 win against Cedar Ridge on March 22, the first time the Lady Panthers defeated its crosstown rivals since April 28, 2017. In the rematch on April 14, Rogers notched a season-high two goals. In her final game at Orange, Rogers registered a goal and an assist as the Lady Panthers defeated Northern Durham 4-1 at James Armstrong Stadium.

Sydney Rogers played on Stanford Middle School’s 2019 Orange-Person Athletic Conference Championship team, which stunned Phillips 2-1 in the OPAC title game. It was Stanford’s first-ever tournament title. She has continued that success across the campus at Orange, where she is a defender along Orange’s back line. In Orange’s eight wins that were contested (there was a forfeit against Southern Durham), Orange held all of its opponents to one goal or less.

Logan and Sydney’s older sister, Jordan, is a starter for the Division III William Peace women’s soccer team in Raleigh.

Last summer, Brown transferred to Orange from Alamance Christian School. Her impact was felt immediately as a striker. She scored 12 goals to lead the team. In Orange’s first win of the year, a 9-0 decision over Vance County, Brown scored a hat trick. It was the first of three hat tricks for Brown. She also had three goals against Cedar Ridge on April 14 at Red Wolves Stadium, and added another three goals at Vance County on April 12. In the first matchup against the Red Wolves, Brown scored twice. She finished with a team-high 34 points.

After starting one game as a freshman in 2020, Monteith earned eleven starts in net for the Lady Panthers in 2021. Playing against Eastern Regional Champion Chapel Hill and an East Chapel Hill team that advanced to the 3rd round of the state playoffs (and eliminated by Chapel Hill in penalty kicks), Monteith still finished 7-1-1 for her first appearance on the All-Big 8 Conference team. She opened the season with 12 saves in a 3-0 loss to East Chapel Hill at Orange Soccer Stadium.

For Cedar Ridge, Talley finished her career as the all-time leading goal scorer in school history. In her final game, she notched three goals as the Red Wolves rolled past Vance County 9-0 in Henderson. Talley finished with 87 career goals, and that was after her junior season was limited to four games. Her senior year included four hat tricks, including six goals against Northern Durham in a wild 7-6 Red Wolves victory at Cedar Ridge Stadium.

Talley signed with Division II Lenoir-Rhyne last month to continue her soccer career. She is the fourth member of the 2018 Cedar Ridge team that will play college soccer.

Anderson was a senior co-captain for the Red Wolves. She had a career-high 13 goals in her fourth varsity season. In her final game, she scored two goals against Vance County. Anderson also played on Cedar Ridge’s team, in her freshman year, that was over West Carteret in the 3A State Playoffs in Morehead City.

Among the honorable mention selections was Orange’s Katelyn Van Mater and Madison Orange. Van Mater, a sophomore who is a regular rotation player for the Orange women’s basketball team, scored three goals in her first full varsity season.

Orange, in ten games, had the game-winning goal in the season-finale against Northern Durham. She had two goals against the Knights.