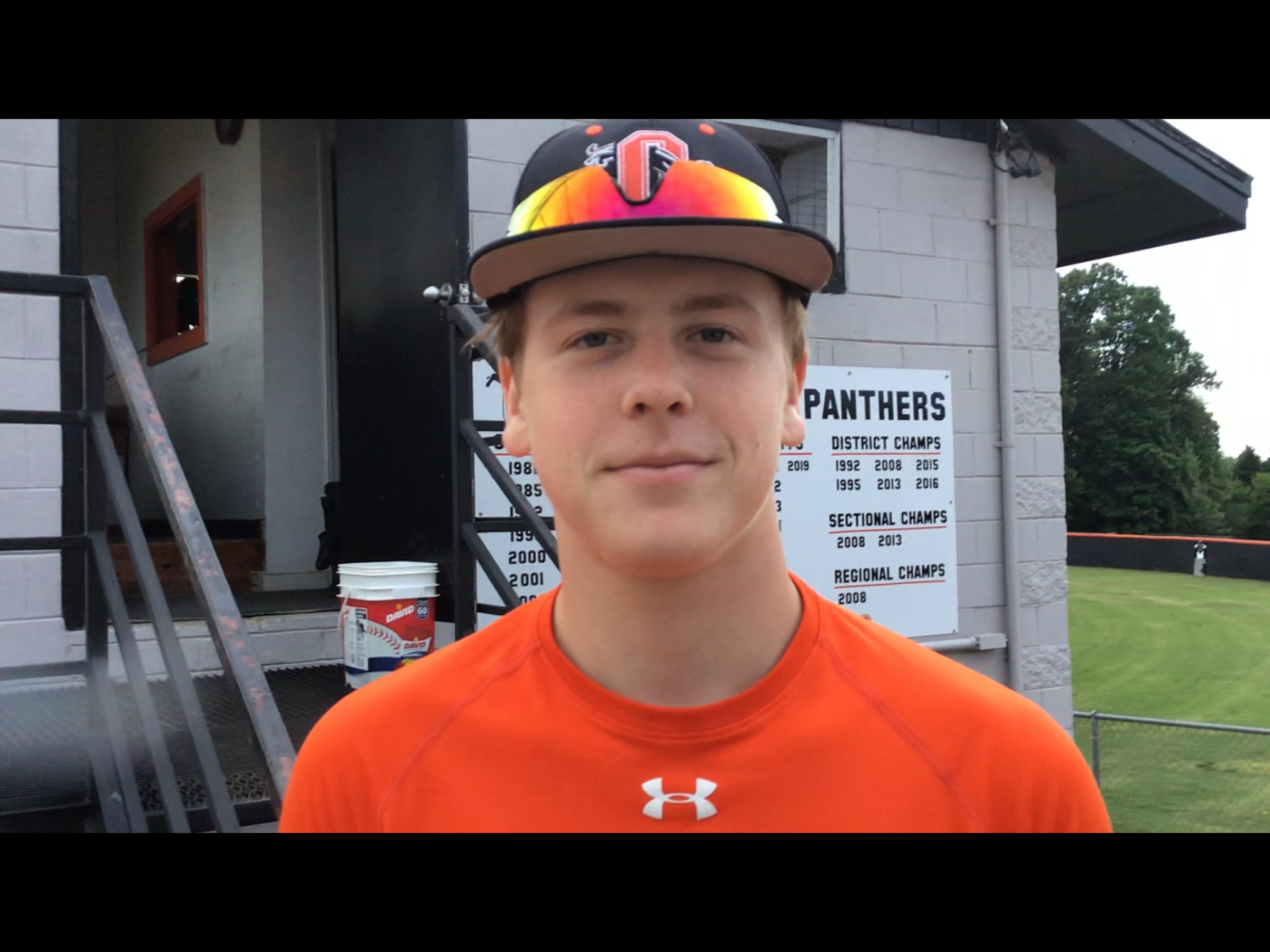 This week’s Orange Panther of the Week is sophomore pitcher Ryan Hench. Last week, the Orange baseball team sewed up a spot in the 3A State Playoffs after a 5-0 win over Chapel Hill. Hench, in just the second start of his varsity career, struck out 14 and threw a two-hit shutout. He made the start on only four days rest. The prior Friday, Hench earned his first win in Orange’s 10-1 victory over Northwood. Hench didn’t give up a hit to the Chargers. He struck out four and walked just one batter. Ryan was the top starter for Stanford when they won the Orange-Person Athletic Conference Northern Division championship in 2019. Hench’s older brother, Cooper, was a successful pitcher and 3rd baseman at Orange. Cooper, who now plays with the N.C. State Club Baseball team, helped the Panthers continue to win during the transition away from the Bryse Wilson/Brad Debo era. Orange has already earned a share of the Big 8 Conference championship. Tonight, they will face Northern Durham in Hillsborough. If Orange wins, they will win the Big 8 outright for the first time since 2016. Ryan Hench also plays 3rd base when he isn’t pitching. He’s hitting .400 at the plate this year.