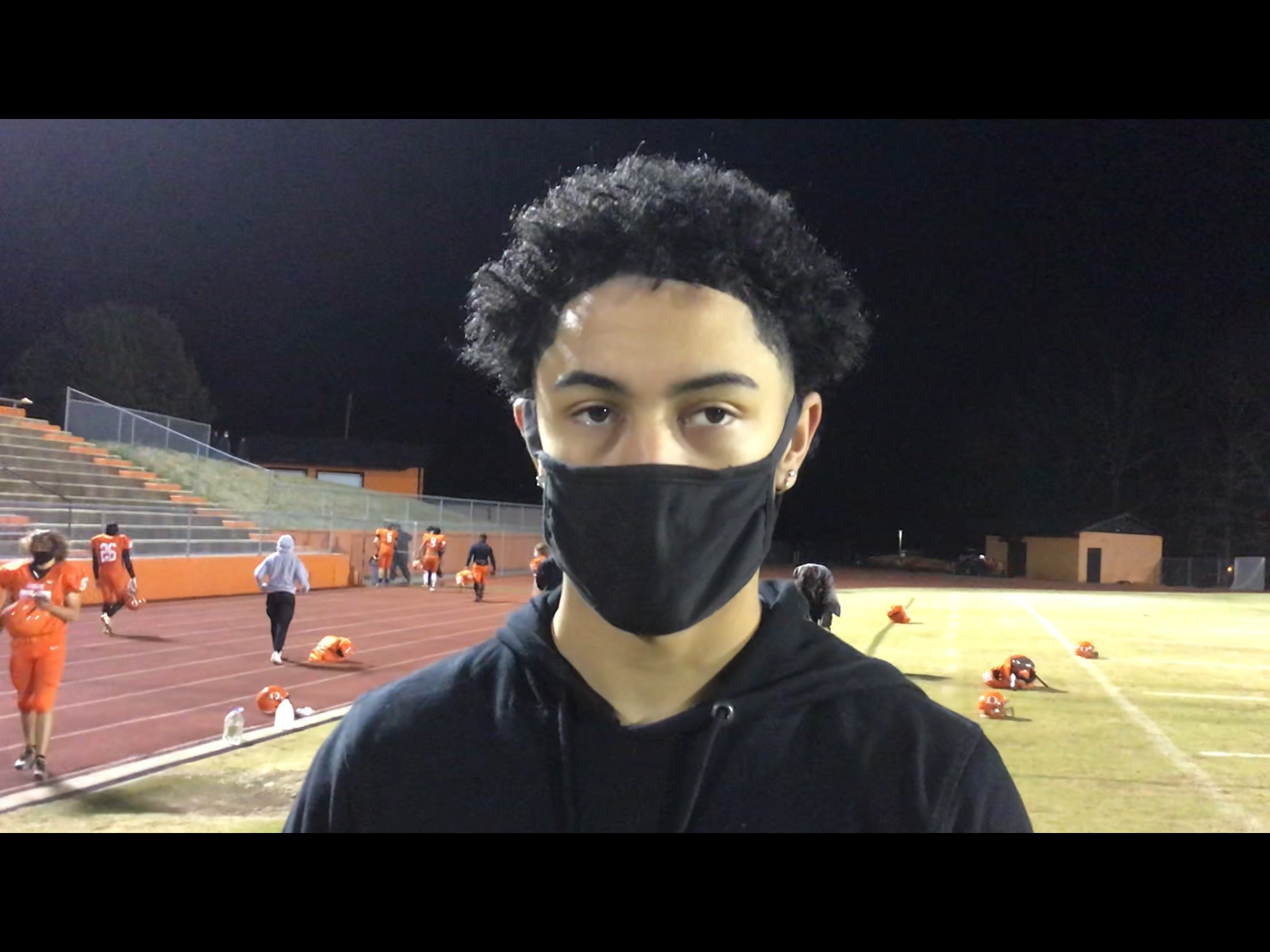 Orange’s Eric Brooks scored three rushing touchdowns in the Panthers 22-6 win over Vance County on Saturday night at Auman Stadium. With Orange trailing 8-0 late in the first quarter, Brooks scored on a sweep from 32 yards out. On Orange’s first drive of the second quarter, Brooks ended a 10-play, 56-yard drive with a 5-yard touchdown run, then tacked on the 2-point run for good measure. Brooks ended the night with a career-best 76 rushing yards as Orange defeated Vance County for the first time in school history. Brooks also started in the secondary on defense. Since adjusting to a double wing offense last week, Brooks has been one of the highlight backs in a rushing heavy attack. The Panthers will travel to Northwood next week in a game that could determine a spot in the state playoffs.