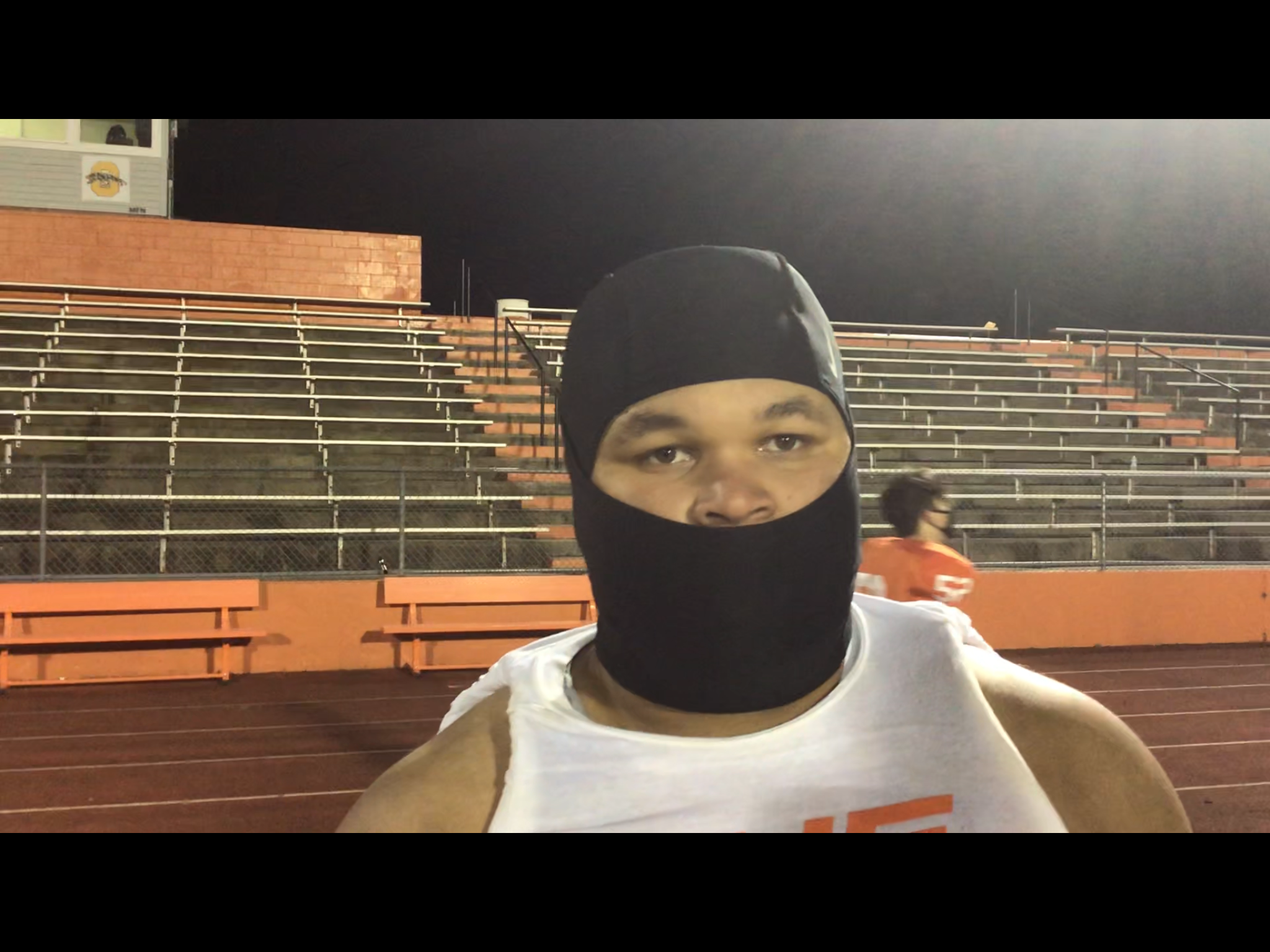 We’re introducing a new honor on Hillsboroughsports.com. We’re honoring the interior lineman who best leads his team to victory, even if he doesn’t stand out on the stat sheet. It’s the Hillsborough Hardcore Championship, and the very first honoree is Orange guard/defensive tackle, senior Dari’us Matkins. On Saturday night against Vance County, Matkins was the leader on an offensive line that rushed for a season-best 225 yards as the Panthers defeated the Vipers 22-8. Against Northern Durham last week, Matkins made two tackles for loss as Orange defeated the Knights 7-6. Matkins has been a grizzled veteran of the offensive line the past three years. We’re honored to highlight the first Hillsborough Hardcore Champion, Orange’s Dari’us Matkins.