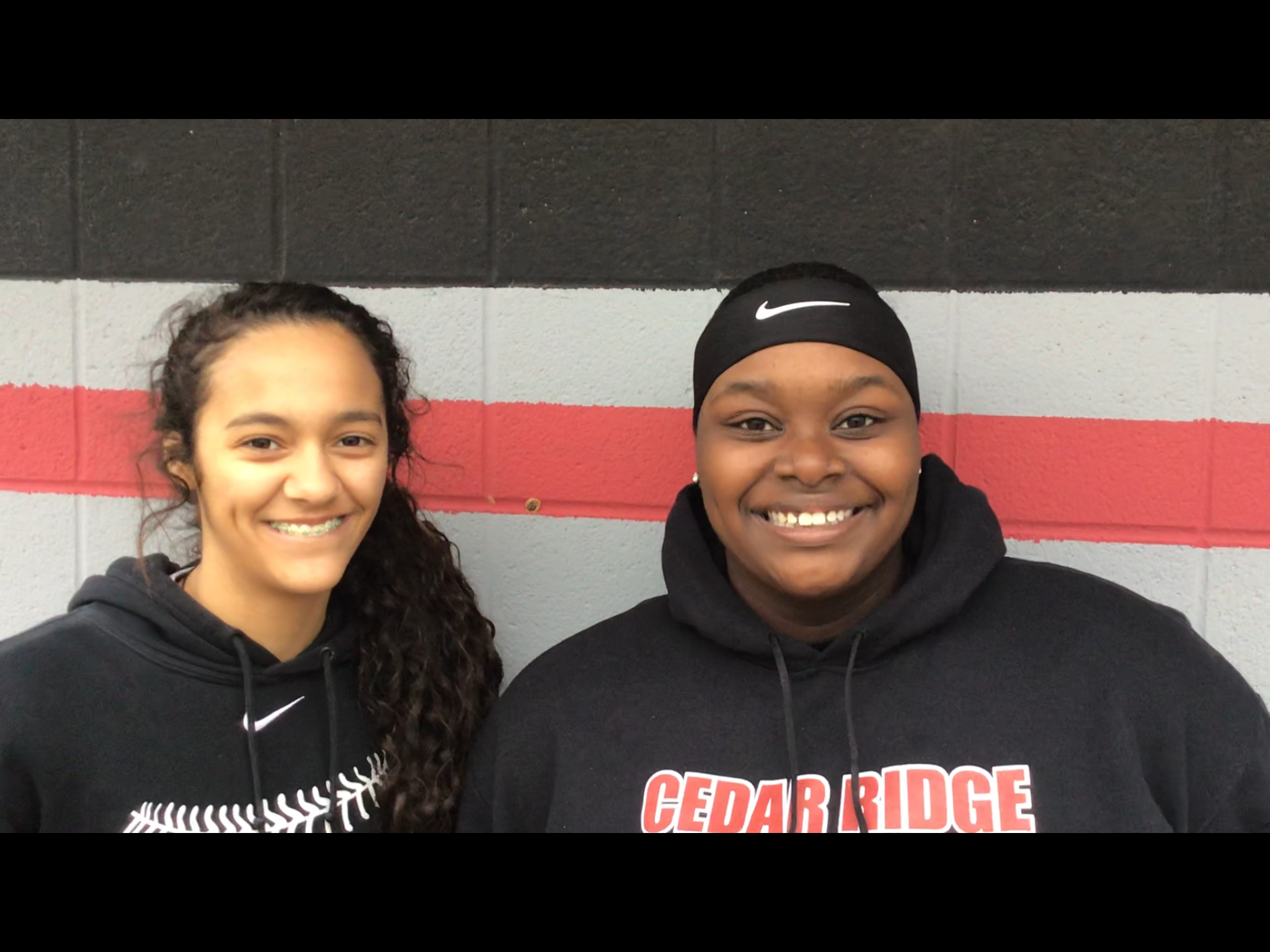 “The worst softball field there is is one with nobody on it.”

The thing about a baseball or a softball coach is that they never stop being coaches. Even during a pandemic.

Last spring, in the weeks after Cedar Ridge’s season suddenly stopped after just four games, Byrd would travel down the empty roads through Hillsborough to Red Wolves Softball Stadium several times a week. He knew there would be no games or practices. With the outside world sparsely populated, Byrd kept himself busy with his side job. The outfield grass needed a trim every few days. The infield had to be dragged. Byrd and his assistant, Brian Rhew, even put up a new scoreboard in left field. It was just as well, since third baseman Takia Nichols hit a home run off the old scoreboard in a game against West Johnston just before the season abruptly ended. (Nichols was intentionally walked in her subsequent three plate appearances that night).

While every senior class at every school felt like something was robbed from them last spring, the Cedar Ridge Class of 2020 wasn’t just another group. They were responsible for the most successful softball run in school history.

Just after Orange won the 2017 3A State Championship, Cedar Ridge started a run of dominance in the Big 8 Conference. In 2018, behind pitcher Rivers Andrews, Dalehite, catcher Kymberlie Thacker and 1st baseman Kara Wagoner, the Red Wolves romped their way to the first softball conference title in school history with a 17-1 overall record. They finished a perfect 14-0 in the Big 8, outscoring opposition 163-7. The Red Wolves advanced to the 3rd round of the state playoffs, where they lost a 9-inning heartbreaker to West Brunswick in Shallotte. Byrd was so uncertain the wrong team won, he reported to his job the following morning at the Mebane Police Department bleary eyed after a sleepless night.

Cedar Ridge and Orange tied for the Big 8 title in 2019, but Cedar Ridge won a tiebreaker against the Lady Panthers to take the top overall seed in the Big 8. Again, Cedar Ridge reached the third round of the state playoffs, only to lose to eventual state champion Eastern Alamance in Mebane.

A year later, the day after the North Carolina High School Athletic Association decided to suspend the spring sports season (initially until April 6, 2020, ultimately canceled outright), Cedar Ridge lost to West Johnston. The following night, the Red Wolves were supposed to face Chapel Hill in a doubleheader, but it was canceled.

“It was uncharted waters for everyone involved,” said Byrd.

Five Cedar Ridge seniors never played together again. Going into the year, the biggest part of Cedar Ridge’s senior class was already lost for the season. Tori Dalehite, the 2018 Big 8 Hitter of the Year, suffered a torn ACL in a basketball game just weeks before the softball practice started. The rest of the 2020 Class of Rachel Serre, Emma Roby, Alyssa Serre, and Cailyn Thornton still wanted a chance to win a third straight Big 8 championship.

Dalehite is still on the diamond as a freshman at UNC Greensboro, but the rest of her classmates had their softball careers come to a sudden end.

For a group that help build Cedar Ridge softball into a local power, they deserved better.

“None of those girls were going to the next level to play,” Byrd said. “From a softball standpoint, the pandemic was the end of the road for them. Our goal was to win the conference again, then make a run in the playoffs. They didn’t get a chance to experience that. Several of them would have been All-Conference. They wanted to play Orange and go against kids they had grown up playing against. It was all taken away from them.”

The good news for Cedar Ridge is, starting tonight, there will be players on the field again. They’ll start the Big 8 Conference season against Northwood in Pittsboro.

As was the case with volleyball and basketball, the Big 8 Athletic Directors have voted to count only the initial meetings between conference rivals into the conference standings. That makes tonight’s game extra important.

Nichols returns for her junior season. A freshman sensation from the first game, Nichols hit eight home runs as a rookie. In only four games in 2020, she still hit five home runs. If Nichols had a full sophomore season, its possible she could have approached the North Carolina career home run record held by former Orange catcher Mia Davidson, now at Mississippi State.

Also returning is junior Olivia Aitkin, who started several games at pitcher. Another option inside the circle is senior Alexandria Matthews. Junior Ava Lowry will return and could play first base.

The Red Wolves open with Northwood, then face Chapel Hill on Friday. Next week, they travel to Orange for a huge early season matchup.

Competition will come hot and heavy early for Cedar Ridge, but part of the allure for Byrd will be that the fields will no longer be empty.