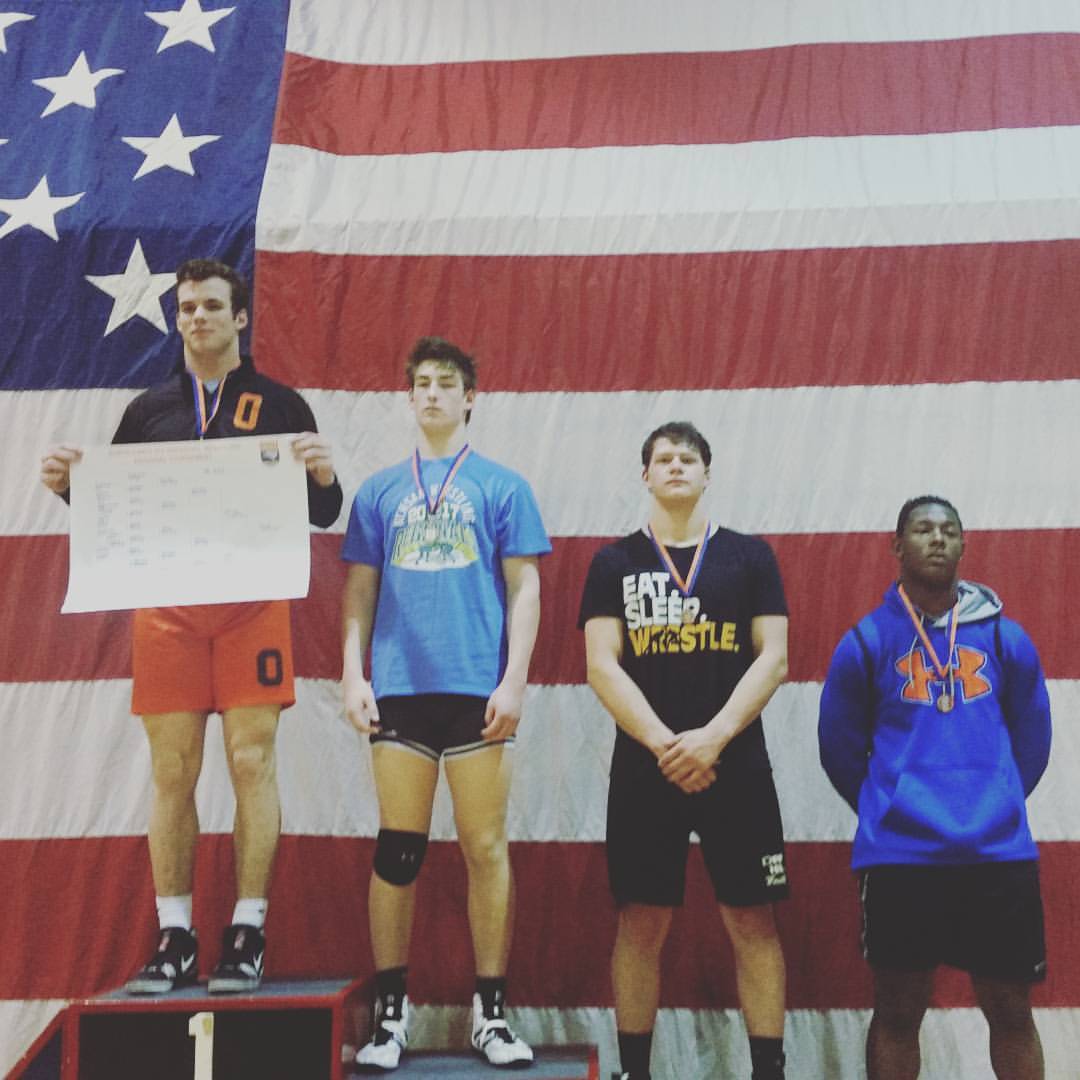 There was solace for Orange wrestling in Eden on Saturday, and not a moment too soon.

Overall, Orange had four wrestlers win regional championships and will send 11 grapplers to the 3-A state championship meet next weekend in Greensboro.

Perhaps most interesting (or most concerning, depending on your perspective) was the four wrestlers who captured regional titles were all underclassmen. Two of them will compete in their first state championships next weekend.

Junior Payton Wilson, currently ranked #1 in the state at 220 by Retroranking.com who finished runner-up in the state last season, continued his dominant form by scoring a 16-1 technical fall over Morehead’s Holden Bailey in the championship match. Wilson, who received scholarship offers from Clemson, Notre Dame, Auburn and Florida State last week, pinned both of his opponents in previous matches on Saturday to improve to 42-0 on the season.

Also earning his first regional championship was junior Josiah Ramirez. He defeated Terry Sanford’s Ferris Allen 7-1 for the championship. In the semifinals, he decisioned Morehead’s Kyler Whicker 10-5, his 50th win of the season.

At 106, Orange’s Mitchell Askew is headed to the state championship after finishing runner-up at the regionals. Askew reached the finals by beating Western Alamance’s Garrett Johsnon 10-8. Northern Guilford’s Heath Gonyer defeated Askew for the championship 9-5. Askew will enter Friday’s opening round at 42-16.

Junior Bailey Hawkins finished 2nd at 132 after pinning Chapel Hill’s Wesley Kelley at 5:59 in the semifinals to improve to 34-7. Jacob Toms of Morehead defeated Hawkins in the final 10-2. It will be Hawkins’ 2nd apperance in the state tournament after finishing 2nd at 120 in the 2016 Regionals.

At heavyweight, Daylen Alston advanced to the finals with a pin of Eastern Guilford’s Tyray Vanscoy in 2:55. George Blackstock of Morehead, who defeated Alston in the 2016 Dual Team Playoffs last year in a bout that determined the entire match, knocked off Alston 12-5. It will be Alston’s first state championship appearance.

Sophomore Avery Jenkins finished 4th at 145 to punch a ticket to Greensboro. Jenkins advanced to the consolation finals by pinning Kyle Webb of Morehead in 2:28.

The Red Wolves’ Colin Davis captured a spot in the state tournament by finishing third at 160. He decisioned Morehead’s Charles White 7-3 in the consolation semifinals. Davis is now 34-11.