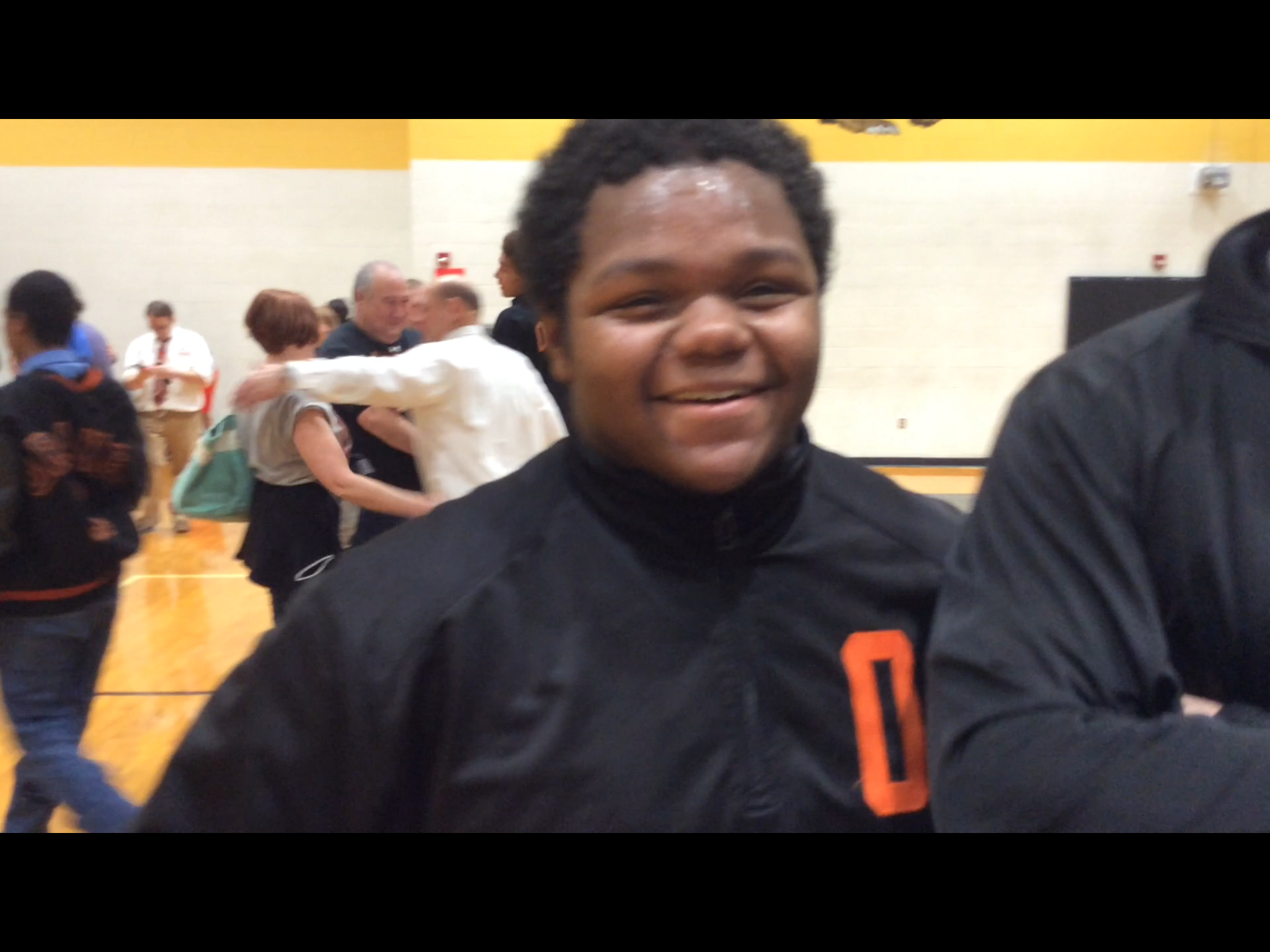 There was a bit of sadness on Wednesday when Orange wrestling held its final practice of the year inside the grappling training room. In Orange Coach Bobby Shriner’s perfect world, there would be more practices and less dual meets because then he gets a chance to teach.

However, the results on the opening day of the 3-A Indvidual State tournament in Greensboro brightened the Panthers spirits.

Along with Orange’s success, Cedar Ridge’s Devin Beck advanced to the quarterfinals by beating Dylan Porter of Gray’s Creek via pinfall in 2:52. Beck will face Southern Durham’s Matthew Darby in the quarterfinals at 182.

For starters, six Panthers captured their opening matches on day one of the 3-A State Tournament at the Greensboro Coliseum. At 220, Payton Wilson maintained his undefeated season by scoring a technical fall over Tanner Klutely of Hunter Huss 20-5. Wilson, now 41-0 on the year, will face Raven Kirkland of Anson County on Friday.

Junior Heavyweight Daylan Alston advanced to the quarterfinals via injury default over James Boyd of Morganton Freedom in 1:03. Alston, now 38-8, faces undefeated Destin Flloyd of Havelock in the round of eight.

On the other end of the weight spectrum, Mitchell Askew scored Orange’s first pin of the day, finishing off David Jacob of Rocky Mount in 3:38. Southern Guilford’s Jalen White awaits Askew in the state quarterfinals. Askew, a junior, is now 41-10 on the season.

In his state championship debut, sophomore Levi Anderson notched a major decision over Ethan Workman of Central Cabarrus 12-4. Anderson, who won the 3A Mideast Regional Championship last weekend in Eden and is now 35-10, will wrestle Morgan King of North Henderson on Friday. King edged Linton Holmes of Wilson Fike 2-1 in the 1st round.

At 180, Regional runner-up Braden Homsey pinned John Kanipe of Fred T. Foard in 5:48. Next up for Homsey will be Joel Kangay of Sun Valley, who upset 3A Eastern Regional Champion Kendall Frazier of Havelock 4-2. Frazier went into the match 26-3.

Josiah Ramirez, coming off his own regional championship last weekend, started the state tournament strong by pinning Vyshaun Richardson of Southern Nash in 1:36. Ramirez improves to 49-6 and takes on Jonathan Hilton of North Lincoln in the quarterfinals.

Orange leads the 3-A team standings with 22.5 points, while North Henderson has 22.

The state championships will conclude on Saturday.