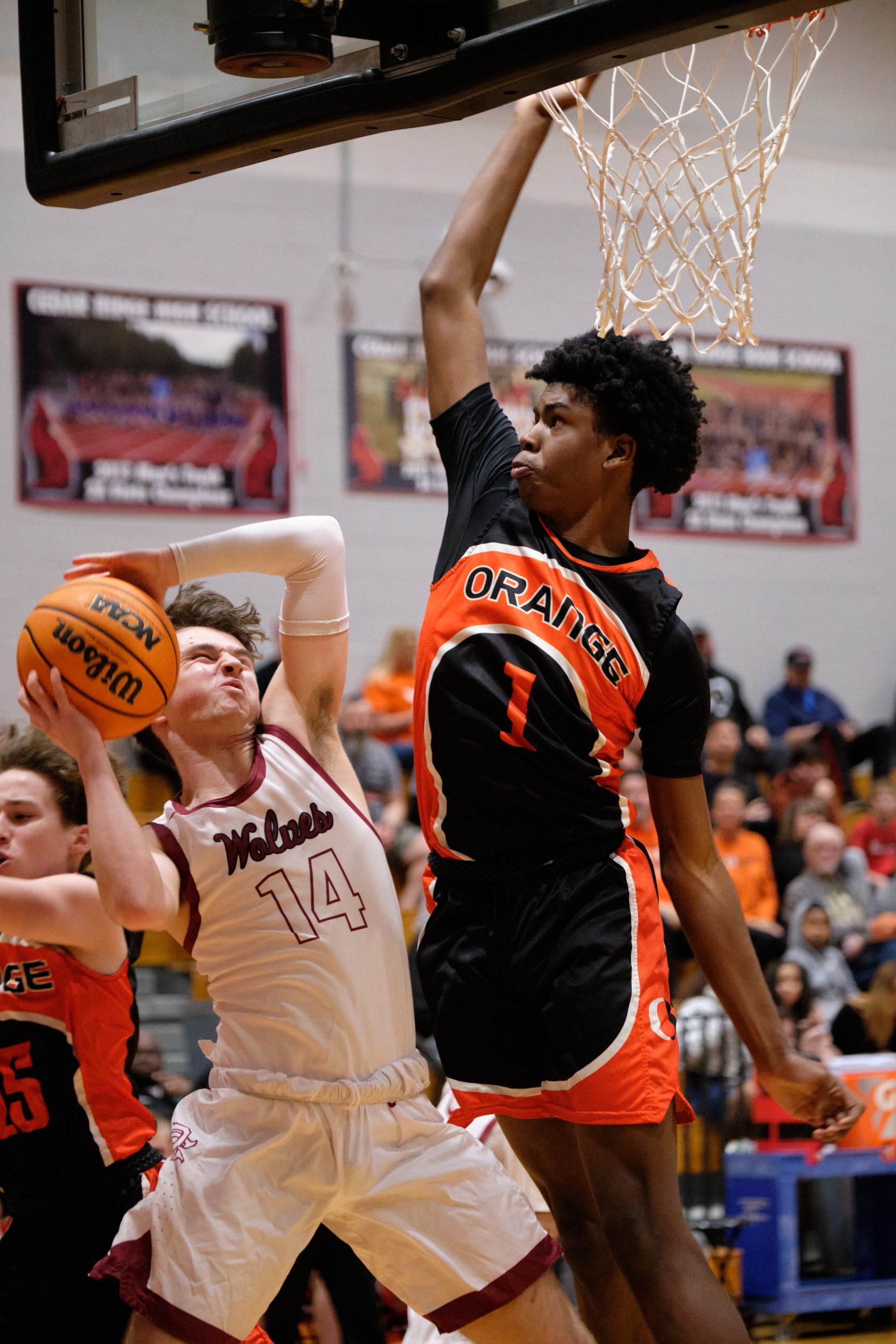 Another new aspect for Orange basketball in 2023 is they can beat a team with defense.

They have almost of rim protectors in freshmen Mason Robinson and Coleman Cloer, along with junior Ryan Honeycutt and sophomore guard Freddy Sneed. Against Williams on Tuesday night, the Panthers swat team went to work and all but ensured the team’s first winning season since 2015-16.

Cloer scored 18 points while guard Kai Wade added 14 as the Panthers defeated Walter Williams 66-59 at Panthers Gymnasium. As fate would have it, 66-59 was the exact same score from the first meeting between the two teams on December 16 in Burlington, also won by Orange.

The Panthers are now 13-6 overall, 6-2 in the Central Carolina Conference, tied with Person for second place. More importantly, Orange now leads Williams by two games in the conference standings, plus they hold the head-to-head tiebreaker after sweeping the season series from the Bulldogs. It all but ensures that the Panthers will host a game in the Central Carolina Conference Tournament next month.

Robinson scored the first field goal off a pass from Honeycutt. Williams’ Milton Turner, who finished with 16 points, responded with a hook shot off the glass, which was the game’s only tie at 2-2.

The Panthers scored eight in a row, punctuated by a 4-point play from Orange’s Xandrell Pennix, who drained a 3-pointer while being fouled by Greyson McCadden to extend the Panthers lead to 10-2. The Bulldogs had chanced to draw closer early, but missed its first six free throws.

Williams got seven points from Turner in the first quarter to reduce Orange’s lead to Cloer took an airball and went coast-to-coast for a right-handed lay-in with 5:32 remaining in the first half. On the next possession, freshman Mason Robinson blocked a shot by Cam’ron Jones, which led to Cloer scoring from 22-feet to put the Panthers ahead 26-15, which forced Williams coach Tommy Cole to call a timeout.

Robinson blocked two more shots on Williams’ next possession, which led to Williams’ Larry Blount being called for traveling when he went up-and-down after Cloer got in his face on a shot attempt. Malachi Poole’s 10-footer off an offensive rebound by Wade, plus two free throws by Honeycutt stretched the Panther advantage to 32-17.

Walter Williams’ Kamryn Russell had the big shots from downtown as the Bulldogs pulled away from Orange in the third matchup of the season between the two teams.

Russell and Briahna Scott each scored 15 points to lead all scorers as Williams gained revenge on the Panthers. Last month, Orange defeated Williams in the semifinals of the Eastern Guilford Holiday Invitational, a tournament the Panthers would eventually win.

Jordan-Cornell picked up two fouls in the opening four minutes, which sent the Panthers streaming upstream for most of the night. With Orange trailing 18-14 in the final seconds of the first half, Russell drained a 3-pointer to send the Bulldogs to the locker room with a 21-14 lead.

The Bulldogs hit seven 3-pointers, with Russell scoring two in the fourth quarter that put the game away. Williams (15-4, 6-2 in the Central Carolina Conference) remains in second place in the CCC.