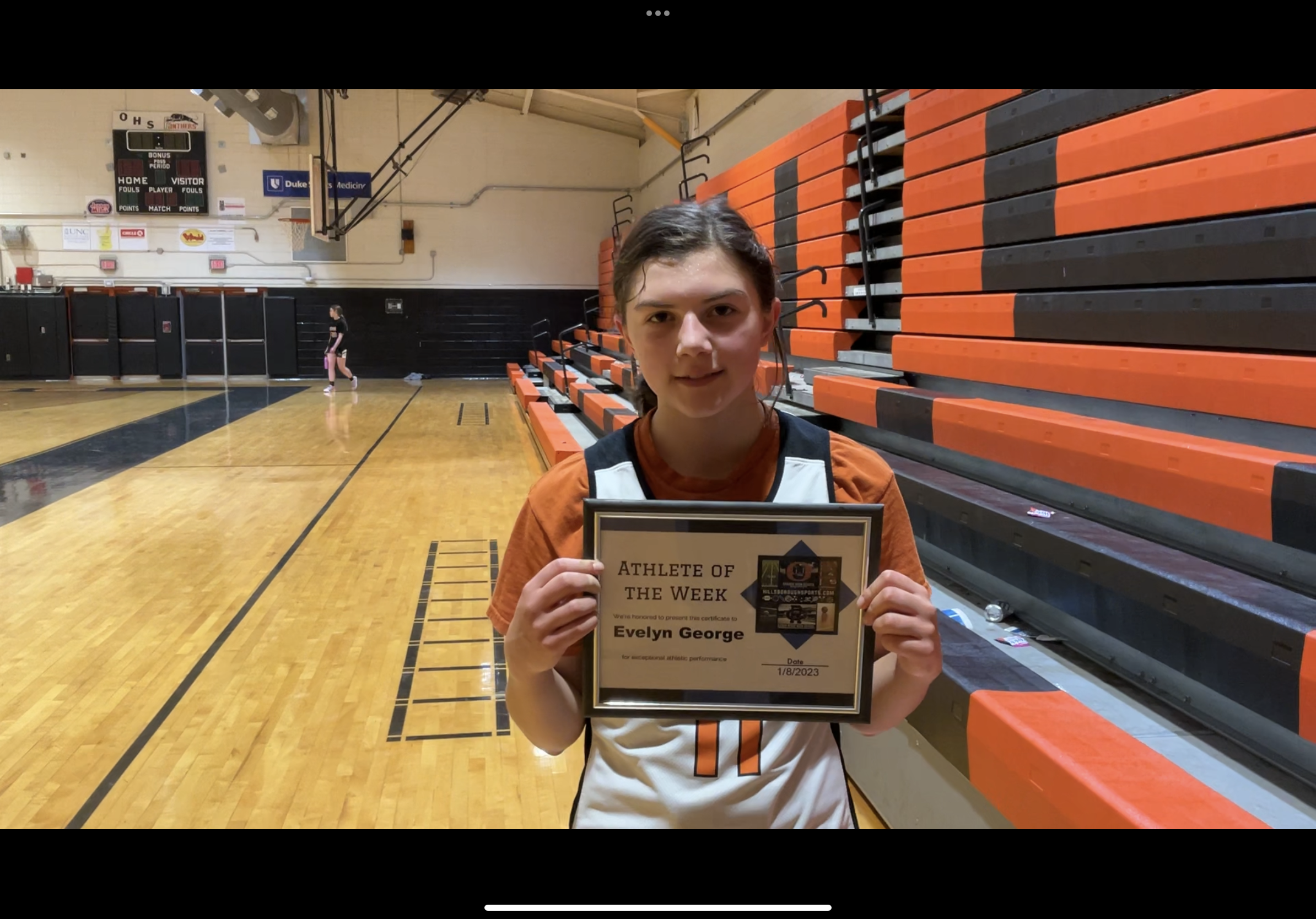 This week’s Orange Panther of the Week is sophomore basketball forward Evelyn George. On January 6, George recorded her second double-double of the season as the Lady Panthers defeated Person 60-23 in Roxboro. George finished with 20 points and ten rebounds. On January 3, George had 13 points and eight rebounds as Orange defeated Cedar Ridge 56-32 at Panther Gymnasium. Last season, George played regularly as a freshman alongside her older sister Samantha George, who is now at Duke University. This season, George has eight games where she scored in double-figures. She had her first double-double of the season in the semifinals of the Eastern Guilford Holiday Invitational when she registered 14 points and 12 rebounds as Orange defeated Walter Williams 53-47. The next day, Orange would win the tournament championship when they defeated Northeast Guilford 46-25. George scored eleven points against the Rams. George was named to the All-Tournament team. Orange appears poised to make the 3A State Playoffs for the third time in four years. The Lady Panthers will travel to Cedar Ridge on Friday nights George looks to continue a strong season.