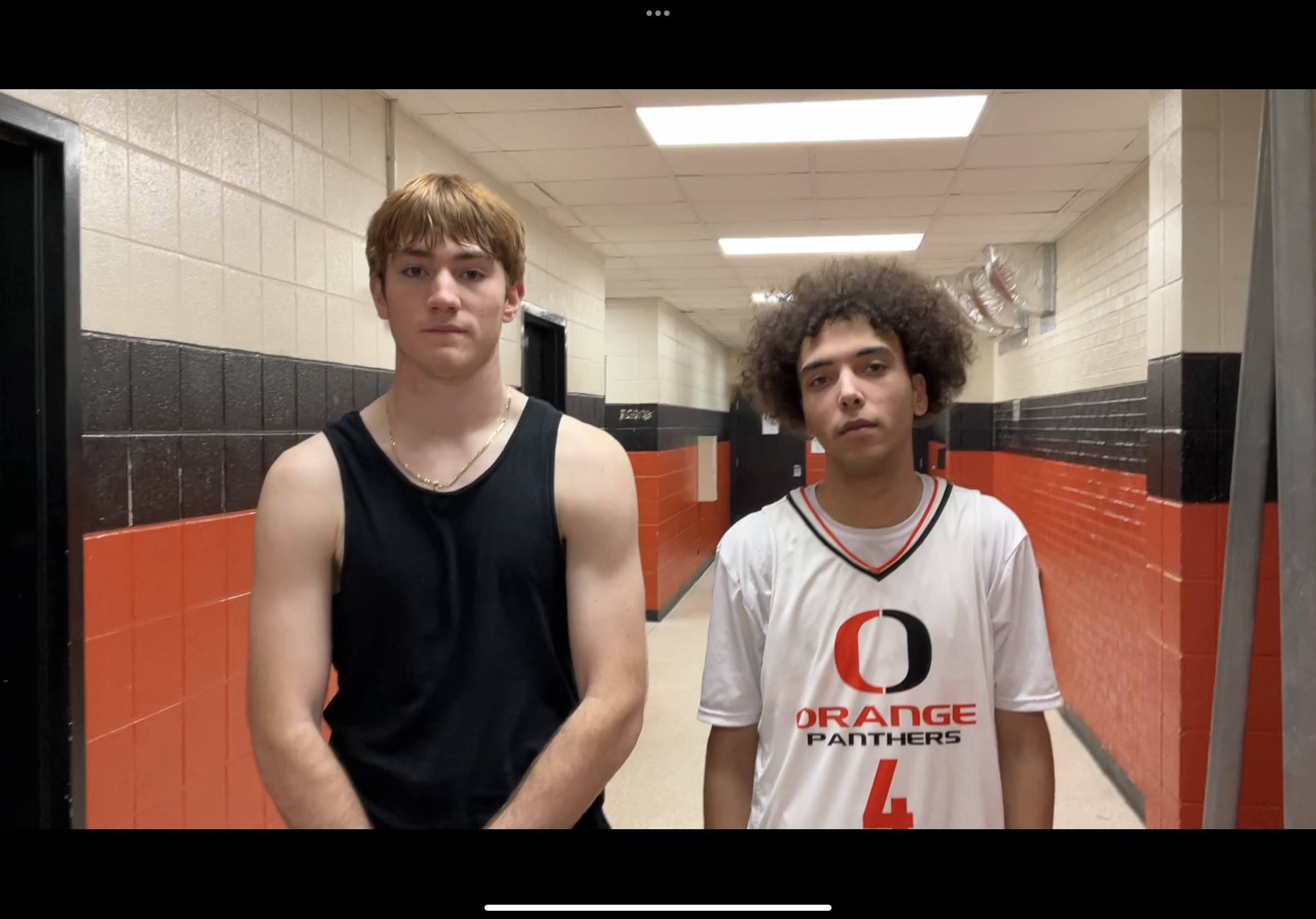 The Orange men’s basketball team brought the block party to Panther Gymnasium on Tuesday night. Facing Walter Williams, the Panthers had 13 blocks and 21 offensive rebounds against the Bulldogs. Orange came away with a 66-59 victory which guaranteed the Panthers’ first winning season since 2016-2017. Junior center Ryan Honeycutt had eight points, ten rebounds and three blocks against the Bulldogs. The Panthers never trailed in the game. Junior guard Malachi Poole came in and scored four points as the Panthers kept its lead above eight points for almost the entirety of the second half. Orange has now guaranteed itself a home game in the opening round of the Central Carolina Conference tournament next month, the first time that’s happened since 2017. Orange also took another step towards the 3A State Playoffs. The Panthers will host crosstown rival Cedar Ridge on Friday night at Panther Gymnasium. Tipoff will be at 7 o’clock. In the first game between the two teams on January 3, Orange trailed by five points early in the fourth quarter before they stormed back to win 57-47 at Red Wolves Arena.