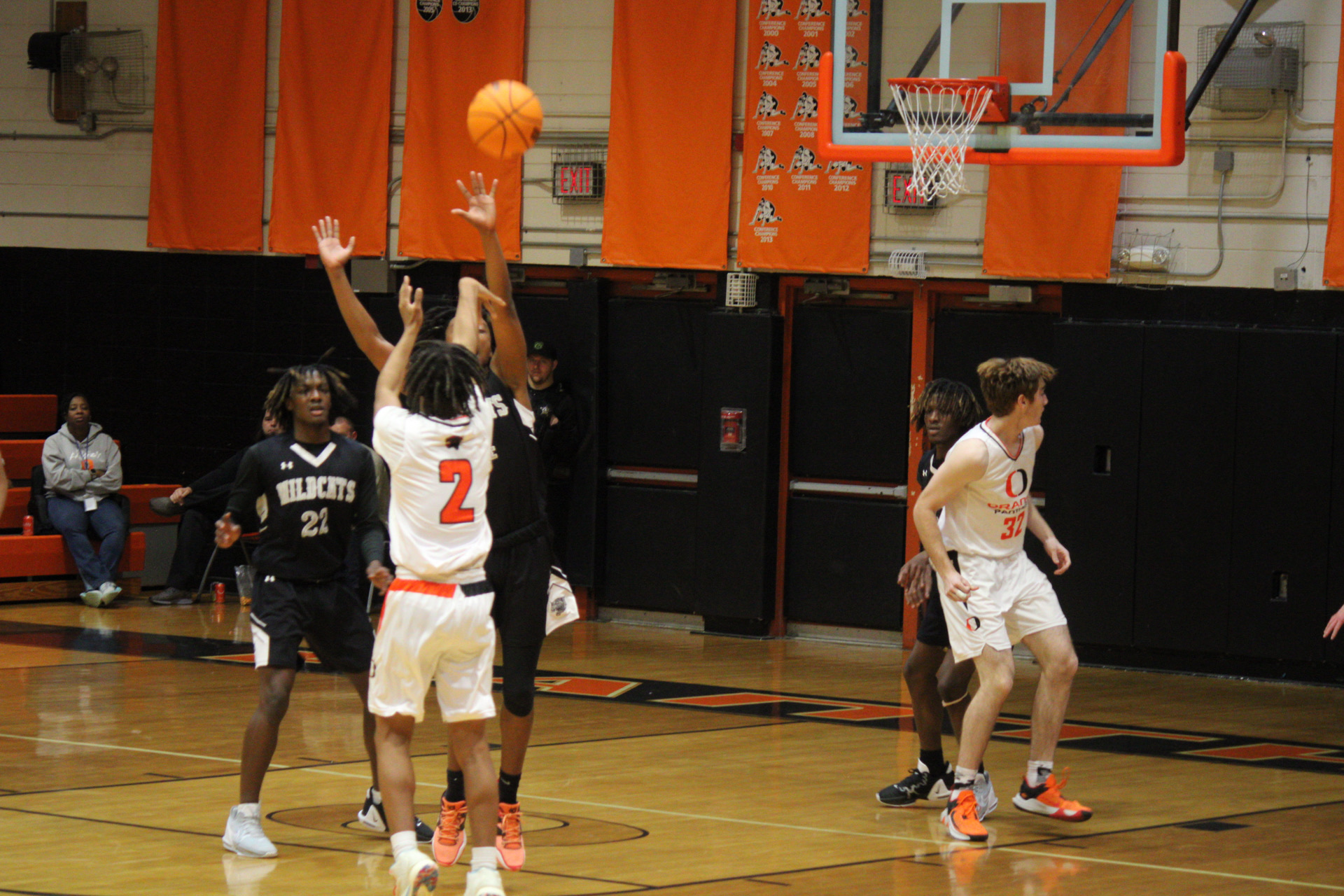 If Friday night had a 90s retro theme inside Orange High Gymnasium, an apt musical selection would have been songs from Boys II Men.

On December 20, the Orange men’s basketball team pulled away from Southern Alamance and won 80-63. By the time the Panthers returned home on Friday night, a month had passed.

Through heartbreak and narrow victories, the Panthers have grown up a lot. And the proof was in living color on Friday night.

The Panthers tore through Western Alamance 84-36 to start the second half of the Central Carolina Conference slate. Orange stomped out to an 8-0 lead in the opening 1:34 and led by double-figures nearly for the balance of the game.

In Elon, the Panthers gradually pulled away from the Warriors to win 57-45, but it was still a contest the entire 32 minutes. On Friday in Hillsborough, it was a first-round knockout as opposed to an unanimous decision with the 1-2 punch of freshman Coleman Cloer and sophomore Xandrell Pennix landing the haymakers.

Cloer drained a three-pointer on Orange’s opening possession, followed by a jumper from Kai Wade. Pennix sank a three-pointer from 21-feet after an illegal screen call against the Warriors and the rout was on.

Cloer, a freshman who has scored in double-figures in 18 of Orange’s 19 games, led all scorers with 19 points. Pennix finished with 15.

Orange had a season-high 16 3-pointers. It was the most points scored in a conference game for Orange since Derryl Britt became the head coach in 2018. It was Orange’s most lopsided conference win since they defeated East Chapel Hill 82-32 on December 17, 2019. Among the highlights was Cloer draining a 35-footer, with a defender right in front of him, from the midcoast logo along with Thomas Loch sinking a 3-pointer from the corner as the first quarter expired.

Kris Barnwell led the Warriors with 15 points. He was the only Western Alamance player in double figures.

Orange started this season with an abundance of youth and hopes to simply make the state playoffs for the first time in six years. Now, they’re 13-6, 5-2 in the Central Carolina Conference, tied with Person for second place. With six games remaining in the regular season and a postseason birth all but sewed up, Britt said afterwards the focus on the remainder of the season will be on mental strength for the playoffs.

“We talked about flipping the switch, going to another level, landing in another gear,” Britt said. “We did what we said we wanted to do. Now we have to maintain it. It can’t be for one game.”

Defensively, Orange didn’t led up in the second half. The Warriors got only four points in the third quarter. Pennix drained three 3-pointers in the third quarter, the last of which started a running clock with the Panthers got its lead over 40 points. Pennix has been in double-figures in eight of Orange’s last ten games.

On Tuesday night, the Panthers will host Walter Williams in another big game. Orange upended the Bulldogs 66-59 on December 16. The Bulldogs are one game behind Orange for third place in the CCC and are coming off a 31-point home loss to Northwood. If Orange wins, they will control the head-to-head tiebreaker against the Bulldogs with four conference games remaining.

Orange hasn’t hosted a game in a conference tournament since 2016.

“None of my guys have been to the playoffs,” Britt said. “My goal is to start to prepare for that now. They’re going to see a different level of intensity, a different level of physicality. We started preparing for that over the past week-and-a-half. The first time around the conference, we finished 4-2. Now, we have to validate that. We have to confirm that. We can’t have a letdown.”