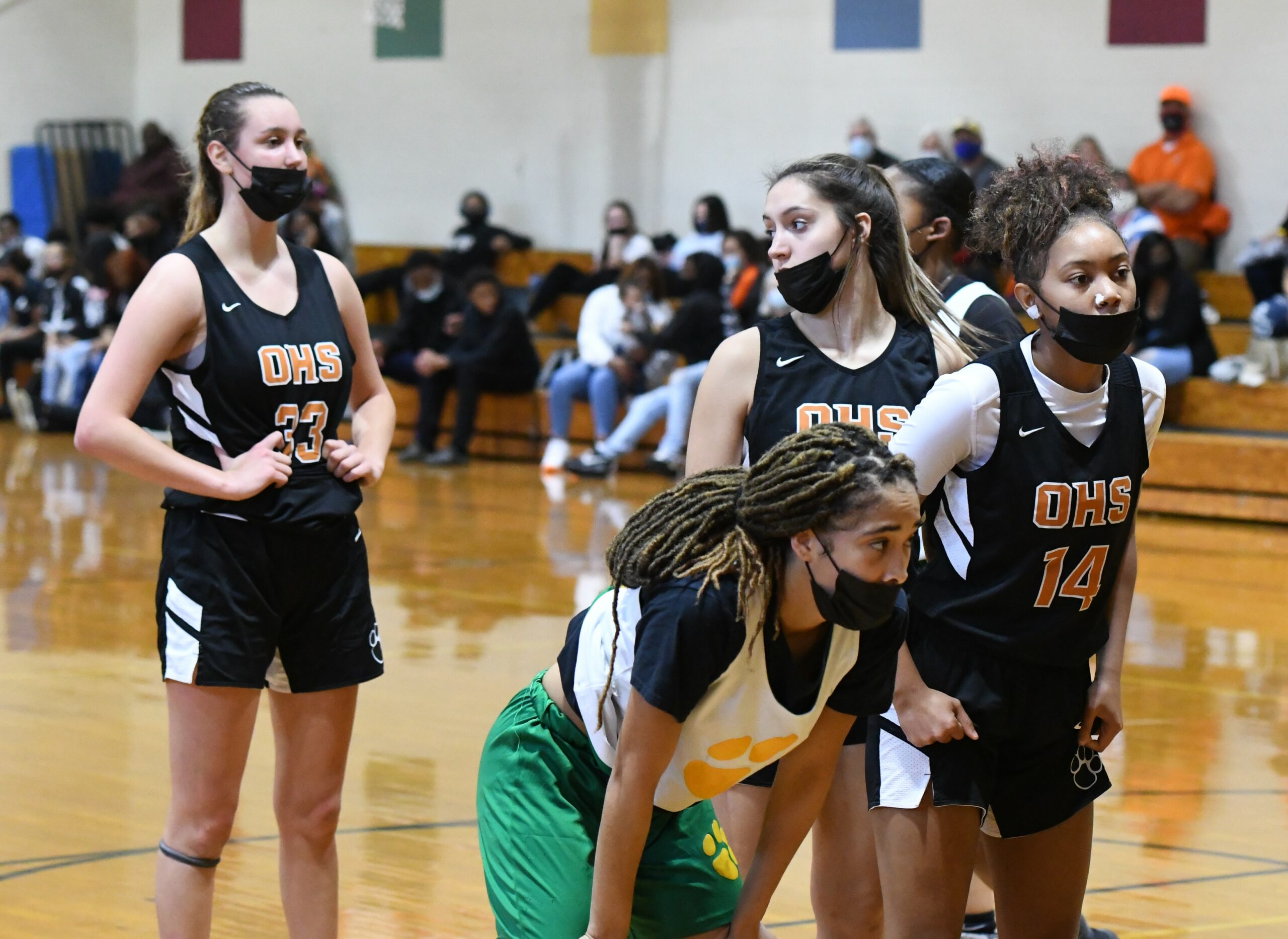 The combination of COVID-19 shutdowns, winter weather and exams have led to an unusually quiet January for local high school basketball teams.

After winning three games over three days in the Eastern Guilford Holiday Showcase on December 26-28, the Orange women’s basketball team was supposed to return to action on January 4.

Due to various COVID problems and two consecutive weekends of snow, the Lady Panthers didn’t play a game for 29 days. They finally returned to the floor on January 25, when they traveled to Burlington to face Walter Williams.

“We’ve had so many days off,” said Orange women’s basketball coach B.J. Condron. “We’ve had three practices in three weeks. That’s where having a veteran team that has a little more basketball IQ comes into play. Because this team has experience.”

The wait was even longer for Cedar Ridge women’s team. After the Red Wolves traveled to Northwood on December 17, the women’s team didn’t play again for 39 days–where they faced Northwood again on Tuesday in Hillsborough.

All of the distractions have led the Orange-Cedar Ridge doubleheaders between the men’s and women’s teams to be delayed three times. The crosstown rivals were supposed to play again on Friday night, but one inch of snow forced the doubleheaders to be postponed again.

This week, Orange and Cedar Ridge will go from barely at all to playing many games in a short amount of time.

Cedar Ridge’s conference slate is so full, they had to cancel a scheduled nonconfernece home game with Northern Durham that was originally slated for Monday. Instead, the Red Wolves will travel to Eastern Alamance on Tuesday, travel to Person on Wednesday, then host Western Alamance on Friday.

Orange and Cedar Ridge will finally meet on the final week of the regular season. The Red Wolves will travel to Orange on Wednesday, February 9. Orange will make a return trip to Cedar Ridge on Saturday, February 12, with the women’s game slated for 11:30AM and the men’s game scheduled for 1 PM.

The Central Carolina men’s and women’s tournaments are still scheduled for February 14-18.

Of the four Hillsborough teams in the Central Carolina Conference, the Orange women’s team appears to be the only one set to make the 3A State Playoffs. The North Carolina High School Athletic Association’s RPI rankings currently have the Lady Panthers ranked #10 in the 3A East Region.

Anyone who paid attention to volleyball’s RPI ratings last fall understand the depth of Central Carolina Conference women’s sports. While the makeup of the teams may be different, the depth is very much the same. Of the nine teams ahead of Orange in the current RPI rankings, there are two teams from the All-American Conference (Terry Sanford #1, E.E. Smith #4); one team from the Quad County Conference (Southern Wayne #3), two teams from the Big East (Rocky Mount #5, South Central #8), one team from the Northeastern Coastal (First Flight #9)…and three teams from the Central Carolina (Northwood #2, Williams #6, Eastern Alamance #7).

“It definitely helps when you have teams like Northwood and Williams and Eastern Alamance,” Condron said. “It really helps to have them on our schedule because they’re juggernauts right now.”

Despite the long layoff, the Orange women showed they’re ready to compete against the CCC’s best upon its return to action. On Tuesday, Williams held on to beat Orange 44-41 in Burlington. The game was tied in the final minute before the Bulldogs’ forced three turnovers in the final minute, which led to the game-winning points.

On Friday, Orange played its first home game since December 17 and defeated Person 74-61. The Lady Panthers rushed out to a 12-0 lead and never trailed, even though the Rockets cut the deficit down to one point midway through the second quarter. Orange senior Aaliyah Harris led the Lady Panthers with 23 points.

Even more promising was junior center Erin Jordan-Cornell, who missed nearly a month of action of a lower leg injury in November. Jordan-Cornell had consecutive double-doubles against Williams and Person. Against the Bulldogs, she amassed 12 points and ten rebounds. On Friday against Person, she had 18 points, ten rebounds, four assists, four steals and two blocks.

“The post-to-post passes that Erin makes and when she catches it and faces up to the basket, it definitely helps us,” Condron said. “She’s a scoring threat and opposing teams have to respect that and collapse on her when she has the ball.”