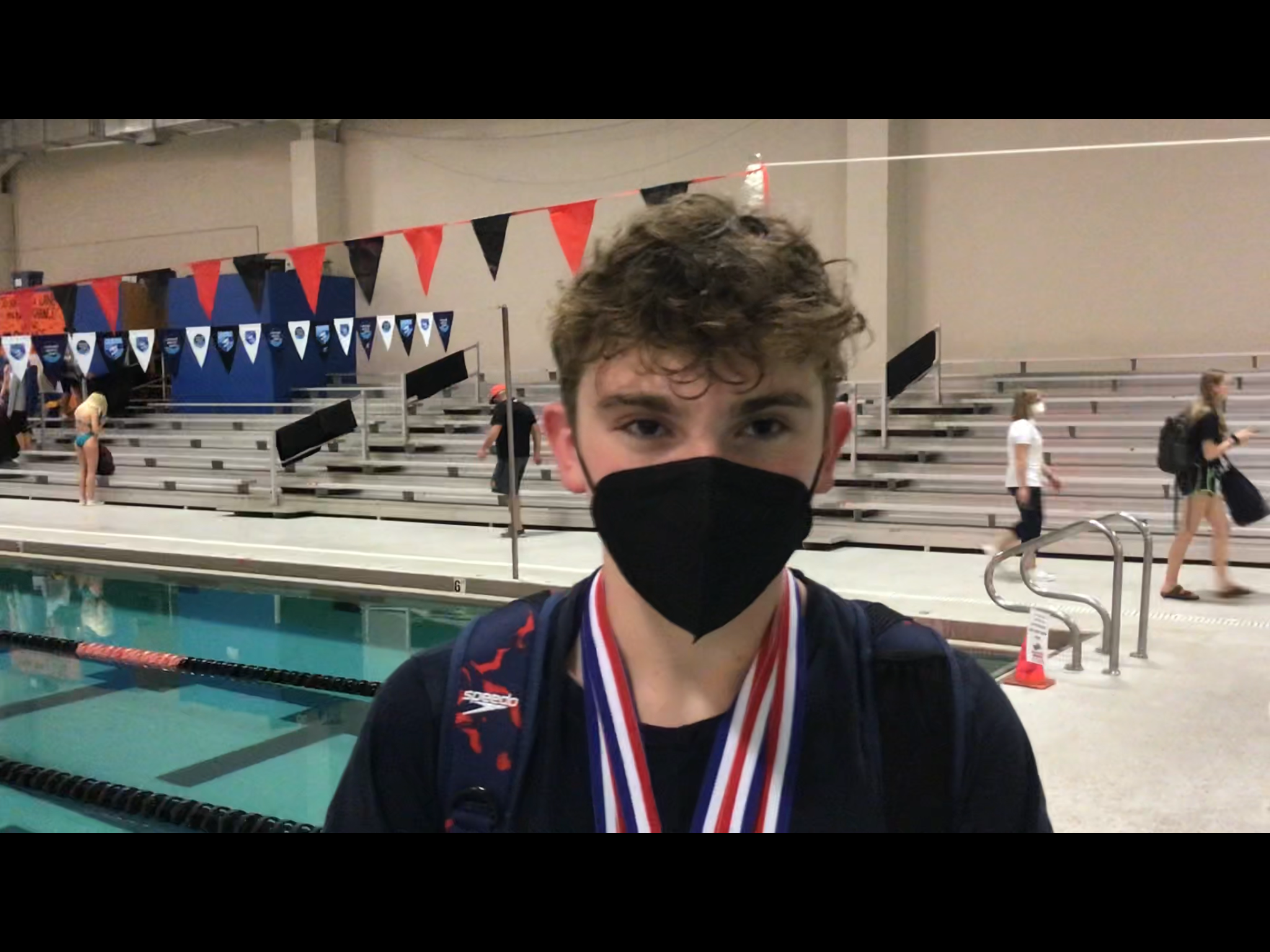 An Orange men’s swimming team filled with underclassmen up and down its roster has already proven what endless hours in the pools at the Orange County SportsPlex can turn into if they work hard enough.

It leads to an undefeated season and a conference title.

Of Orange’s five individual conference champions, only one was from a senior. Two came from freshman Luke Roman, who nearly lapped the field in causing to the 500 yard freestyle with a time of 5:19.54, a full 32 seconds ahead of runner-up and teammate Greyson Brummer.

“I would say the 500 freestyle and the 200 freestyle are my best events,” Roman said. “I was pretty nervous and I think you always go into that when you have something in the first try. I just was able to put in the hard work and get all the medals.”

Roman, who has qualified for two individual events for next weekend’s 3A Central Regionals, narrowly held off Cedar Ridge’s Alexander Hill to win the 200 yard freestyle. Roman touched the wall at 1:52.29, while Hill finished at 1:52.83.

Czar, who grew up swimming at the SportsPlex with the Hillsborough Aquatic Club, finished first in the 50 yard freestyle at 24:15. Cedar Ridge’s Nikhil Agans narrowly came in second at 24.23 seconds, while Orange’s Andrew Weeks finished third. Czar and Agans both automatically qualified for regionals.

“I came in with a very strong mindset,” Czar said. “I was determined to get the three gold medals and it worked for me. I surpassed my expectations for this year. I was going in as a freshman not even sure if I would even place. I was thinking I’d finish second or third.”

Orange’s Ian Moore not only qualified for regionals, but he captured the conference championship in the 100 yard backstroke at 1:00.59. Weeks earned the bronze medal at 1:05.16.

Orange junior Evan Phillips breezed to the championship of the 100 yard breaststroke at a time of 1:06.85. It was a full seven seconds ahead of Eastern Alamance’s Ethan Brouwer. Orange’s Baczara finished third.

It is Orange’s first conference championship in men’s swimming in at least nine years, and likely longer. They never claimed the Big 8 Championship, where the Panthers called home from 2012-2021.

It’s the third conference championship this year for Orange in the Central Carolina Conference. The men’s cross country team claimed the conference title at Northwood High in October, while the wrestling team officially clinched the league title on Tuesday after a win over Eastern Alamance in Hillsborough.

The Central Regional Championships will be held at the Greensboro Aquatic Center next Saturday.