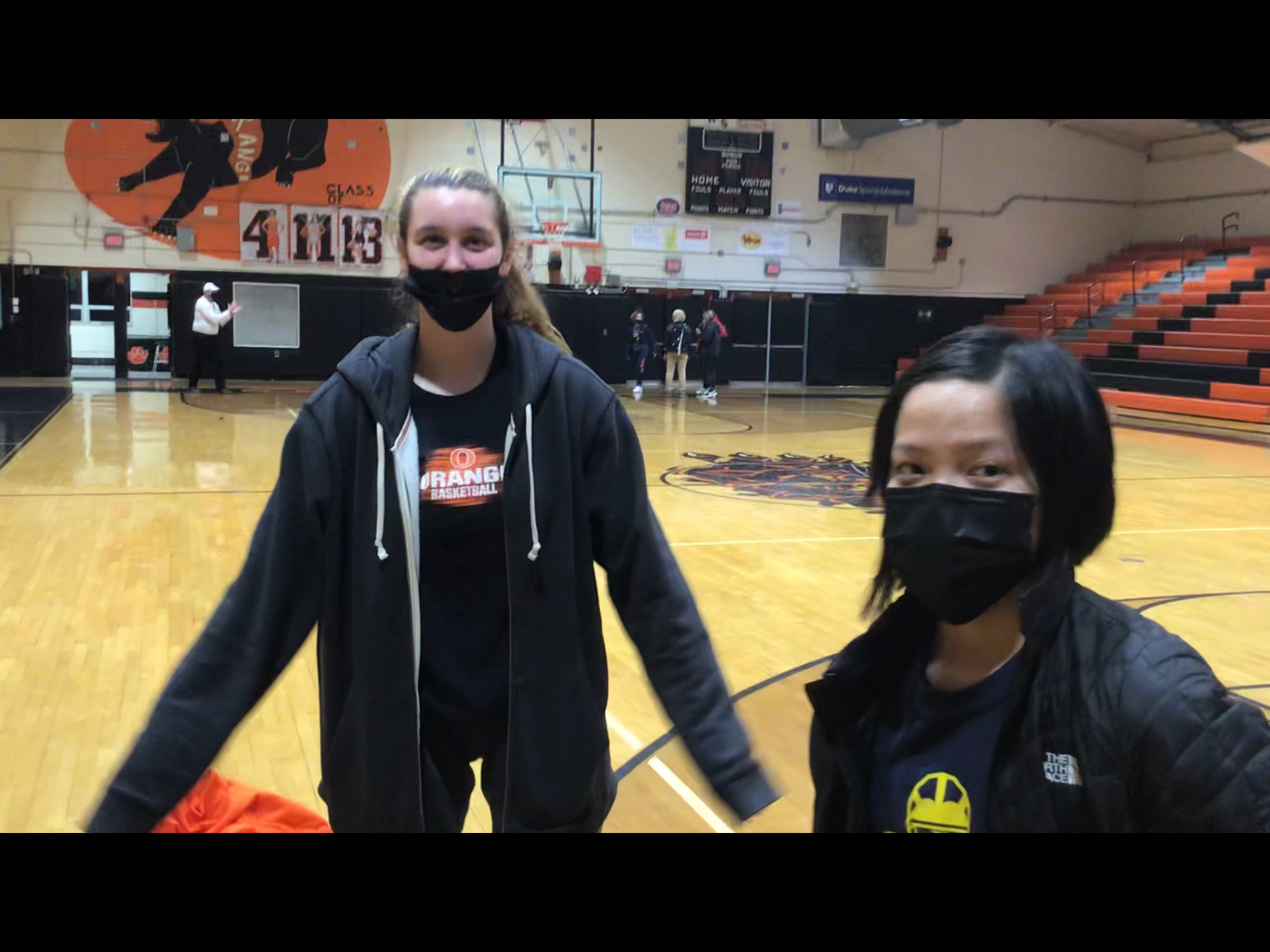 For the first time since December 17, the Orange women’s basketball team played on its home floor on Thursday night. The Lady Panthers roared out to a 12-0 lead and defeated Person 74-61 in the first conference game between the two teams in 21 years. In just her 7th game of the season, center Erin Jordan-Cornell came away with a season-high 19 points. Jordan-Cornell has dealt with injuries throughout her junior year that kept her out of seven games during December. Now, Orange has its entire paint presence back with two weeks remaining in the regular season with Jordan-Cornell and Katelyn Van Mater back in the lineup. On the final play of the game, Jordan-Cornell threw to Katie Perkins, who scored the first basket of her varsity career on a layup. Perkins is one of six Orange seniors who will be honored next week, along with Aaliyah Harris, Jarmil Wingate, Samantha George, Haley Reynolds and Aisha Caron. Orange will wrap up the week on Friday, facing Cedar Ridge at 4:30 at Red Wolves Gymnasium. It will be Orange’s third game in four days.