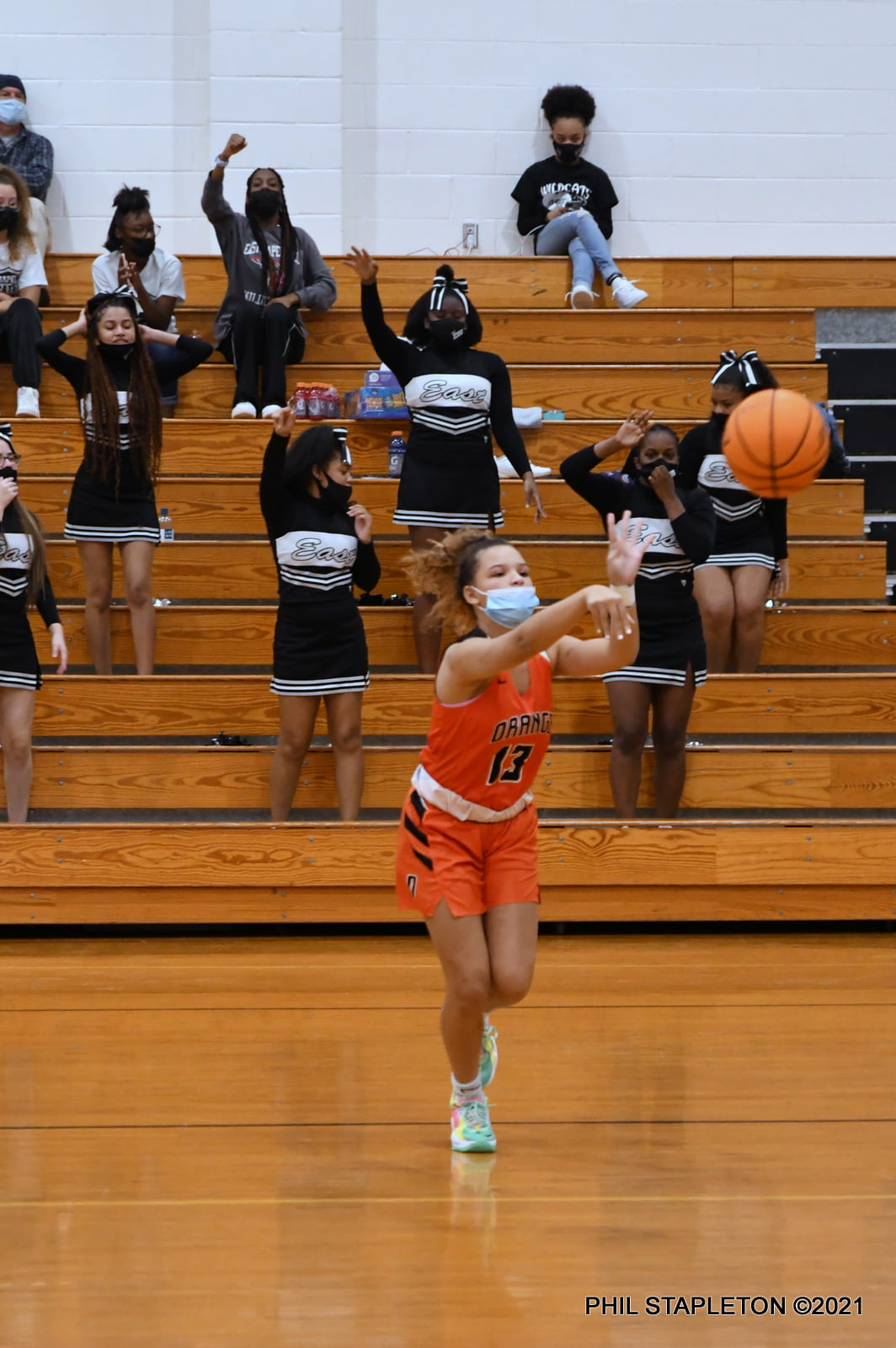 The Orange women’s basketball team earned its first win of the season on Tuesday night. The Lady Panthers traveled to East Chapel Hill and defeated the Wildcats 39-29 at Wildcats Gymnasium. The top three scorers for the Lady Panthers were all seniors, led by Samantha George, who finished with ten points. Guard Aaliyah Harris had seven points, while Jarmil Wingate added eight. George also finished with seven rebounds as the Lady Panthers defeated East Chapel Hill for the third straight in its last four visits to Wildcats Gymnasium. Harris has had a busy summer. A four-year varsity player, Harris has visited schools like Brevard College, Lees-McRae and Roanoke College to potentially play at the next level. Orange will continue a busy week on Thursday night with a trip to Durham to face the North Carolina School an Math. On Saturday, they will travel to Pittsboro to take on Northwood in its Central Carolina Conference opener.