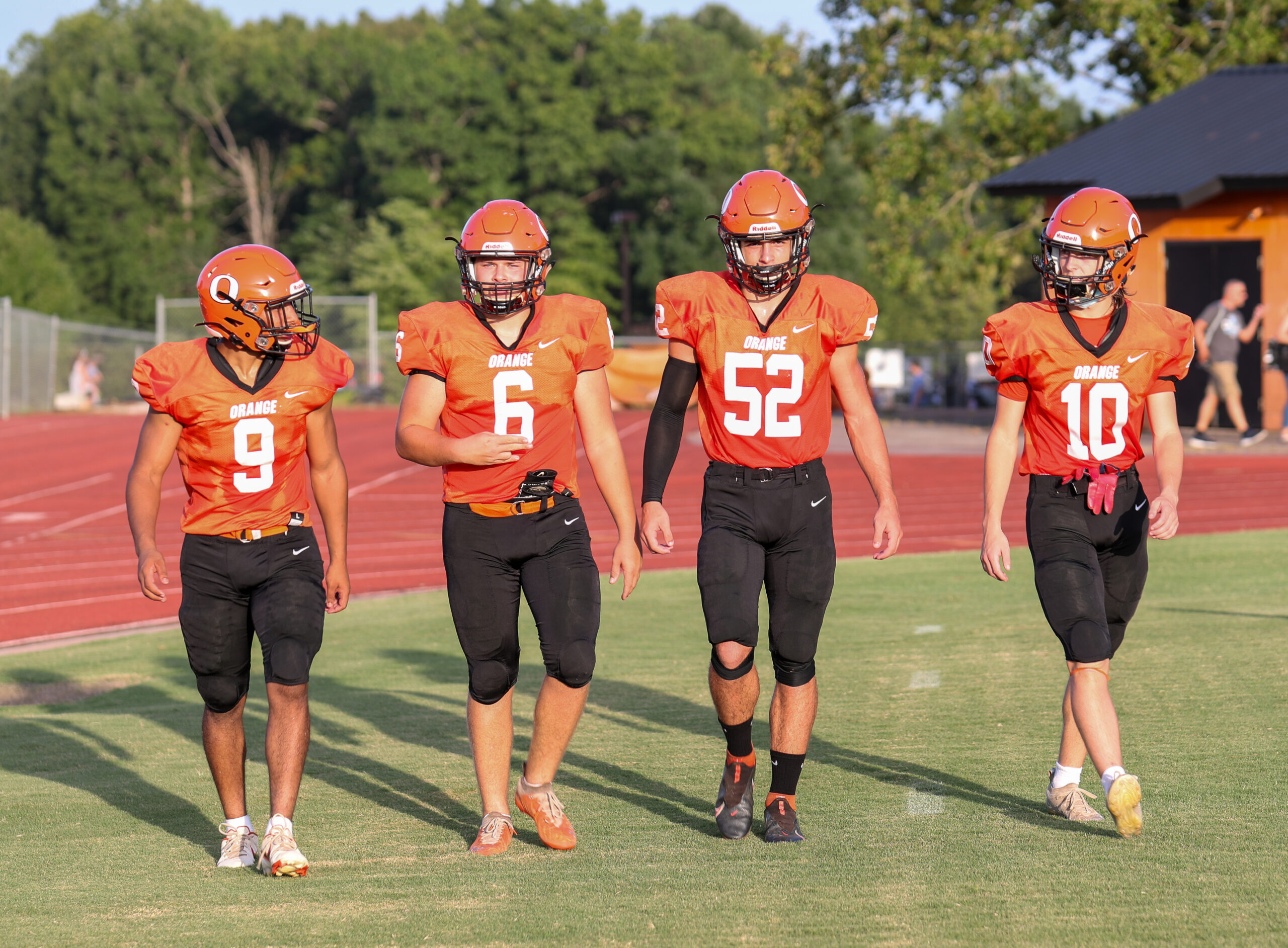 There was a defensive flavor among the Orange football honorees for All-Central Carolina Conference this year.

Orange was also honored with the Sportsmanship Award based on a vote by the league’s coaches.

Harshaw led Orange with 27 tackles for loss this season. That included four sacks. In his second year on the varsity level, Harshaw started the season with ten tackles, five for a loss, against South Granville on August 20 in Creedmoor. In Orange’s 47-0 win over Granville Central on September 10, Harshaw had six tackles and two sacks. He amassed a season-high eleven tackles against Northwood on October 15.

Wood started every game at linebacker for the Panthers. He also occasionally played fullback. Wood had 59 tackles. That included 13 tackles for loss, which was tied with junior Jabari Albright for second-most on the team. He also rushed for 55 yards on 16 carries. Wood had ten tackles against South Granville. In Orange’s 26-14 victory over Person on October 7, Wood had a season-high four tackles for loss and ten tackles overall. He also recovered a fumble against Williams when he swiped a pitchout in the Bulldogs’ backfield in the fourth quarter. Last spring, during Orange’s 3-3 season shortened because of the pandemic, Wood had 36 tackles. He also scored two touchdowns, including one in the Panthers’ thrilling season-finale against Chapel Hill.

Ray, a senior, led the team with five sacks, two of them against Western Alamance on September 17 in Elon. Ray had 55 tackles, ten of them for a loss. He totaled nine tackles against Northwood, which was his season-high. The following week against Williams, Ray had eight tackles. He had two tackles for a loss in the victory over Granville Central. This was Ray’s third season as a varsity player. Last spring, Ray had 13 tackles in five games. He also saw time as a wingback in Orange’s double wing offense.

Hill, a sophomore, was the only member of the Orange offense to be named All-Conference. He was also the only Panther underclassman honored. As Orange’s offensive line constantly changed almost on a game-by-game basis, Hill became a fixture at left tackle as the season progressed. Behind Hill, Orange’s offense had its three best games of the season against Chapel Hill, Person and Granville Central. Against the Tigers on August 27, Orange totaled 242 rushing yards.

Eastern Alamance’s John Kirby was named the Central Carolina Conference Coach of the Year. After a season-opening loss to Eastern Randolph, the Eagles won ten straight games to finish the regular season. The Eagles defeated Havelock in the 2nd round of the state playoffs. Jacksonville knocked off Eastern Alamance in the regional semifinals in overtime last Friday.