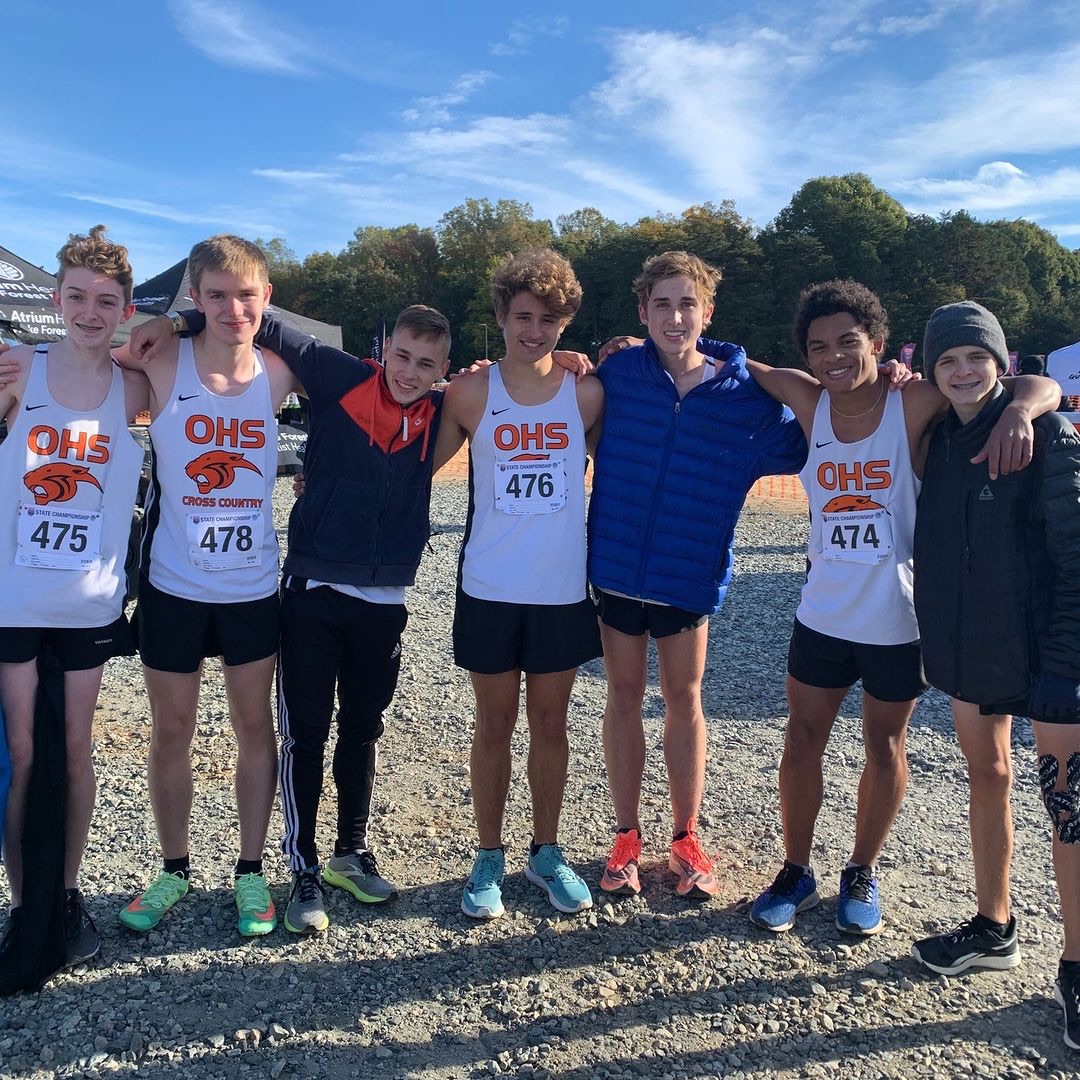 By most standards, the orange men’s cross country season with a unparalleled success.

However, there were higher expectations around the program this year under new coaches Hannah Hribar and Brian Schneidewind. In the 3A State Championships at the Ivey Redmond Sports Complex in Kernersville on Saturday, the Panthers finished third, tied for the best finish in team history.

Yet the top runner for the Panthers, senior Spencer Hampton, felt like they left some money on the table.

“Our goal from the beginning of the year was to win states,” Hampton said. “Based on how we were doing at the beginning that was our goal. But North Lincoln just had an amazing meet. I think with the team we had, the best we could have done was second. I look forward to seeing how Orange does next year, though I won’t be here.”

Hampton finished eighth overall in the state meet with a time of 16:10.88. Stuart Cramer’s Zachary Willer was the individual state champion, crossing the finish line at 15:42.61.

North Lincoln claimed the 3A State Championship with 106 points. Croatan was second with 125 points. Orange finished with 151 points, edging out South Central, who had 156 points.

“Spencer and Gabe are amazing athletes and people,” Hribar said. “They help propel the team forward by being an example of the famous quote, “excellence…is not an act but a habit”. They have shown the team how much repeated efforts result in repeated success.”

The strong showing in the State Championships came a week after Orange captured the 3A Mideast Regional championship at Northwood High School in Pittsboro. Hampton finished 2nd in the region. The Panthers also won the Central Carolina Conference championship, where Hampton again paced the Panthers with a runner-up finish.

“This is a truly incredible group of students,” Hribar said. “They are not only dedicated to running, but to creating a culture of excellence on the team. They run together outside of workouts, meet up for breakfast before school, and show up for each other.”

Cedar Ridge’s Roman Morrell was the top finisher in the men’s meet for the Red Wolves. Morrell, a junior, came in 26th overall at 16:59.46.

With Schmid and Cathey returning next fall, the Panthers will look to another strong season in defense of their regional championship. Many of these runners have already turned their attention to indoor track & field season.

“The highlight of the season for us was really changing the narrative and the culture around OHS cross country,” Hribar said. “Not only are we now known as being a highly competitive team in the state, but other coaches, teachers, and administrators comment on how our athletes have created a welcoming and supportive environment that students want to be a part of.”

In the women’s State Championships, Cedar Ridge’s Zoe Wade was the top local finisher. Wade, a senior, came in 60th at 21:49.79.

North Lincoln also won the 3A State Women’s Championship in the team standings with 59 points. Carrboro was second with 150 points. The top Central Carolina Conference female squad was Northwood, who finished 11th.