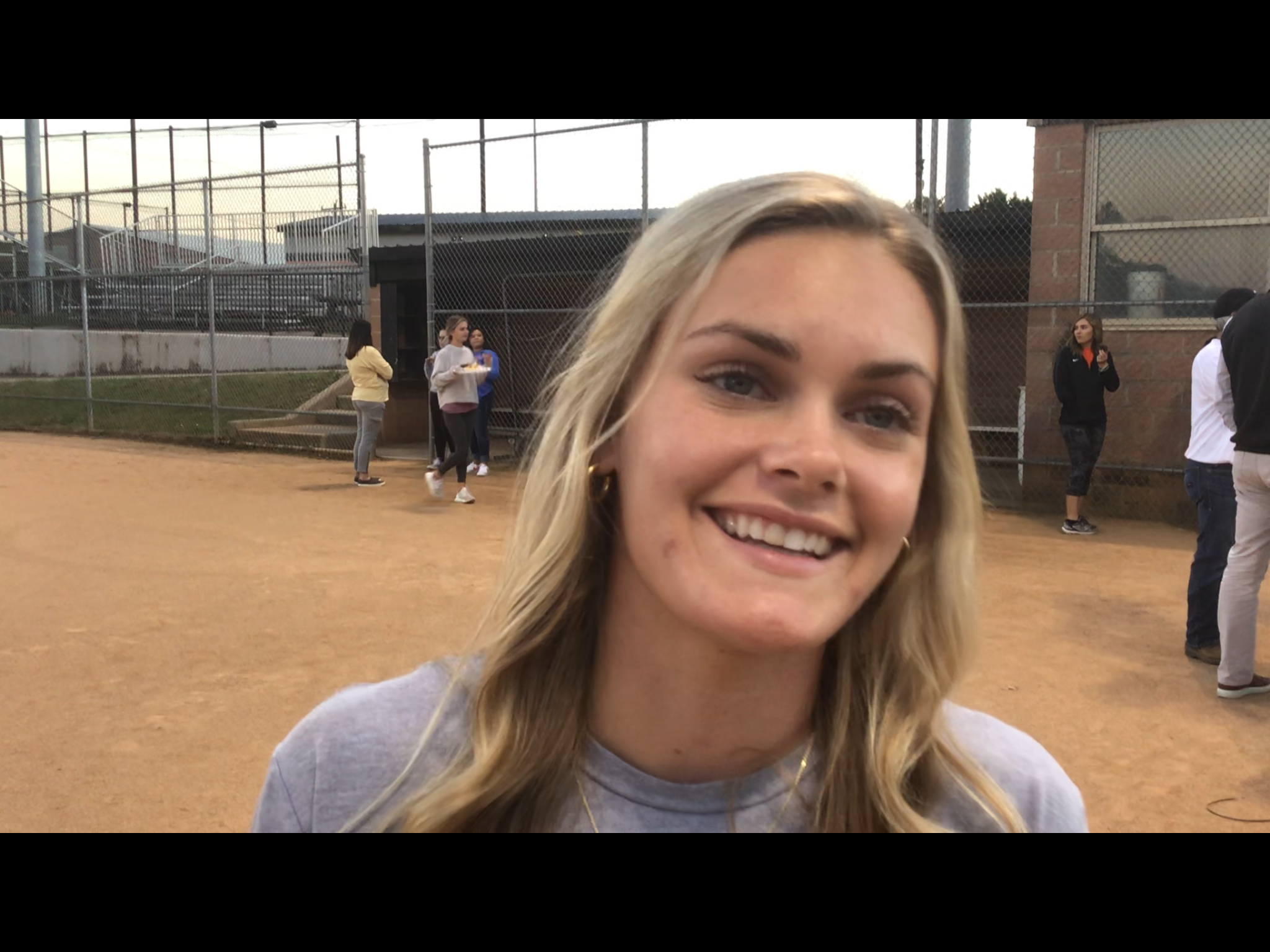 On Wednesday afternoon at Orange softball field, Lady Panthers Mary Moss Wirt formally signed with Elon. On hand for the ceremony were many of Wirt’s teammates, along with her father Todd and mother Kelly. Last season, Wirt played three different positions for an Orange team that had an undefeated run through the Big 8 Conference. Wirt played second base, shortstop and third base as she hit .457 with three home runs and 14 RBIs. She was named to the All-Big 8 Conference team as the Lady Panthers completed its first undefeated regular season in school history. The selection of Elon is only fitting for Wirt. Her father was a first and third baseman for the Elon baseball team. Wirt plans to play catcher with the Phoenix. During her time at Orange, Wirt played her freshman season with the women’s basketball team, where she was part of a squad that reached the 3A State Tournament in 2018. Among the highlights in her freshman year came when she knocked down a game-winning 3-pointer with :02 seconds remaining, off an assist from her friend Aaliyah Harris, to win at Chapel Hill. Wirt and her teammates will return to the softball field this March in the new Central Carolina Conference against longtime powers Western Alamance, Eastern Alamance and Cedar Ridge.