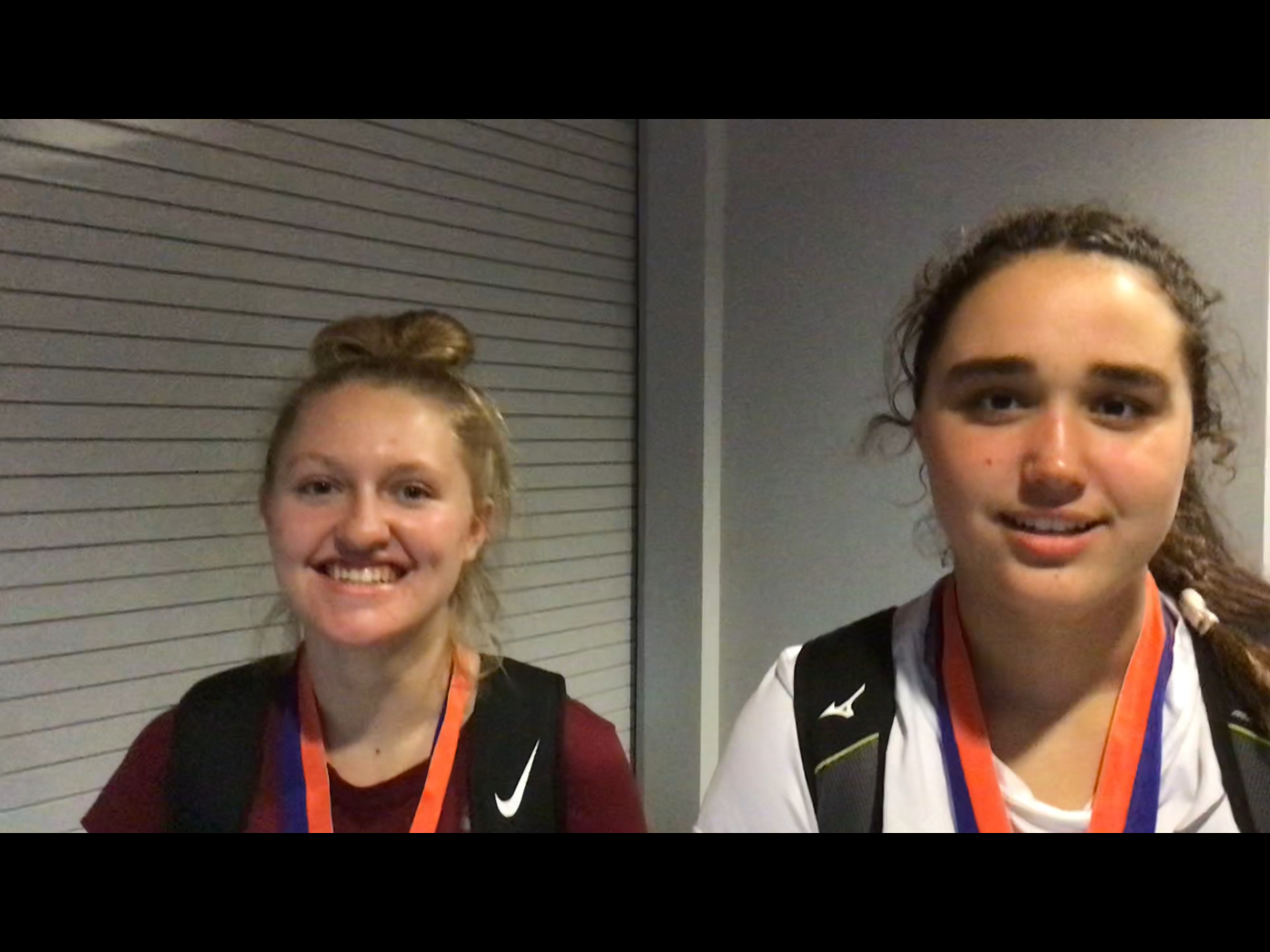 From the very beginning of this 2021 season, the goal of the Cedar Ridge volleyball team was to win the 3A State Championship. The Red Wolves accomplished that mission on Saturday when they defeated North Iredell 3-1 at Reynolds Coliseum in Raleigh. Junior libero Grace Young turned the tide in the 4th set when she dove after an attack by the Raiders’ Madeline Sigmon. The spike was so hard, the ball bounced off Young’s hand, floated over the net and fell safely on the Raiders’ end of the floor to put the Red Wolves ahead 13-7. It started a 9-3 run by the Red Wolves that all but put the state championship in Hillsborough. Junior Melissa Benkowitz finished with six kills, five assists and 14 digs. Benkowitz finished the 2021 season with 179 kills, third on the team. Young ends the year with a team-high 299 digs after recording 23 on Saturday. There’s no rest for the Red Wolves. Benkowitz and Young will continue with their travel season with the Chapel Hill Area Volleyball Club, but they’ll always savior being members of the first 3A State Championship volleyball team in Cedar Ridge history.