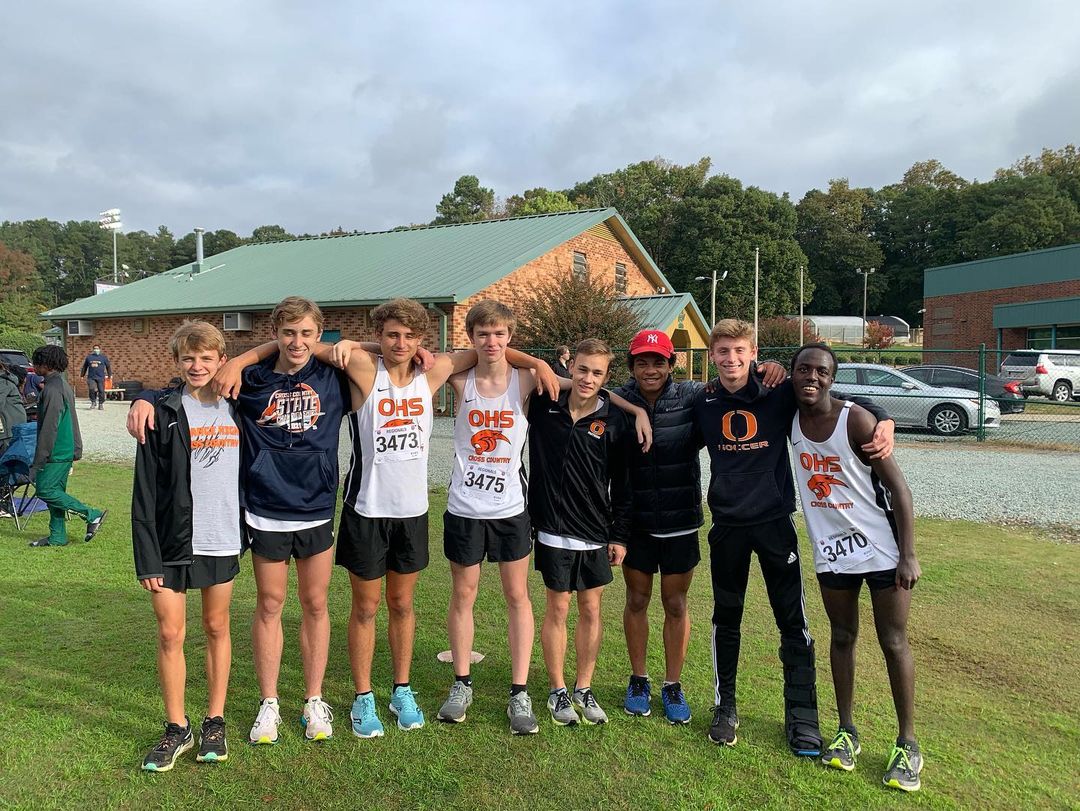 It has been a full Halloween weekend for Brian Schneidewind.

Just hours after he organized Orange High’s Homecoming festivities on Friday night, he woke up early Saturday morning for his second trip to Pittsboro in as many weekends. As Orange’s cross country coach, he rode back up 15-501 that afternoon after the Panthers won only its second regional championship in team history.

He arrived back to his Hillsborough home just in time to watch his beloved Michigan State Spartans pull off a comeback they’ll be taking about for decades in East Lansing, where he once lived. Against hated rival Michigan, the Spartans roared back from a 30-14 deficit to beat the Wolverines 37-33 at Spartan Stadium.

Yet even that illustrious comeback paled in comparison, at least in his mind, to what his cross country team pulled off at Northwood High School on Saturday morning. The Panthers won the 3A Mideast Regional championship with 62 points. It came just one week after Orange claimed the Central Carolina Conference championship on the same course in Pittsboro, the third conference title in team history.

Northwood came in second in the team standings with 78 points. Durham School of the Arts finished third with 101. Cedar Ridge was 12th with 283.

The common cliche about cross country events along a 3.1 mile course is “it’s a marathon, not a sprint.” It certainly didn’t end that way on Saturday when Orange’s Spencer Hampton and Carrboro’s Quinn Baker were engaged in a race to the finish line for first place. Hampton led by about 150 feet with 165 yards remaining. But Baker ran down Hampton and passed him with about 150 meters remaining.

Hampton, who finished second in the conference meet last week, finished as the overall runner-up again with a time of 16:17.60. That was only .26 of a second behind Baker. Hampton led a championship effort by Orange which included sophomore Gabriel Schmid coming in fourth at 16:44.31. Sophomore Alden Cathey, a member of the Panthers’ Conference 9 Championship team in men’s lacrosse last spring, crossed the finish line 14th. In a field of 130 competitors, Orange’s Ethan Horton finished 19th at 17:50.01.

Just hours after he was crowned Homecoming King and played his final game as a member of the Orange football team at Auman Stadium in Hillsborough, senior Nick Pell finished 23rd at 18:10.52.

Cedar Ridge junior Roman Morrell qualified for the 3A State Championships individually. He came in 9th place with a time of 17:26.05.

Schneidewind, in his first season as Orange’s cross country coach, previously served as the coach at Millbrook for 12 years. Orange’s last regional championship team was in 2008. Ironically that year, the Panthers finished ahead of Millbrook, coached by Schneidewind, at a major invitational.

“I had no clue where Orange was at the time,” Schneidewind said. “I didn’t even know where Hillsborough was.”

Schneidewind moved to Hillsborough after he wife got a job at Duke University. He has taught at Orange for five years while also coaching track & field.

“I knew we had a good team from track season,” Schneidewind said. “Obviously, you never know how things are going to translate from track to cross country. Additionally, I definitely saw the kids were working hard in track, but it was great to see that they were willing to work and put it even more miles in cross country this fall.”

Before this season, only one Orange runner had finished a cross country race in less than 16 minutes. This year, there have been two–and it happened in the same event.

On October 2 at the Great American Cross Country Festival at WakeMed Soccer Complex in Cary, Hampton finished at 15:44.80. Schmid, who competed in a separate race, completed the course in 15:8.90.

“About midway through this season, Gabe definitely took his running to the next level,” Schneidewind said. “I knew Gabe was good from his freshman year in track. Around October, he became a top level runner.”

For Pell, it was his first race in over a month after he suffered a hip injury playing football. Pell, who caught a touchdown pass against Granville Central last month, actually went home with the regional championship trophy on Saturday.

“It’s not every day that you can hold up your regional cross country trophy with your senior football placard and a Homecoming crown,” Schneidewind said.

Cedar Ridge’s Zoe Wade qualified for the 3A State Women’s Cross Country Championship. Wade, who finished fourth in the CCC Championships, came in 17th in the regional championships.

Orange’s top female runner in the regionals was sophomore Kassi Scarantino, who finished 30th at 23:06.16.

The 3A State Championships will be held next weekend at the Ivey Redmond Sports Complex in Kernersville.