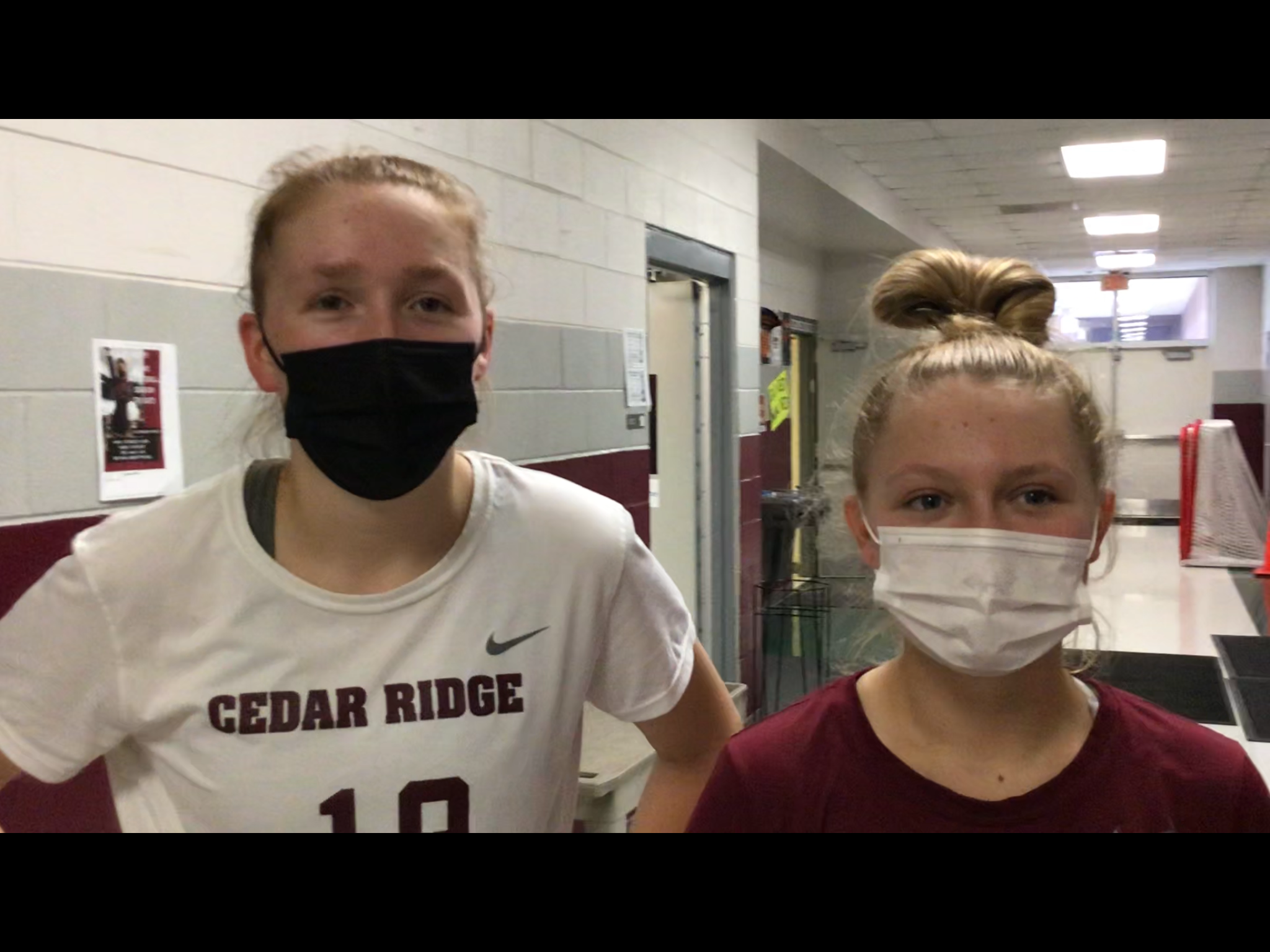 The Cedar Ridge volleyball team will play for the 3A Eastern Regional championship on Tuesday night. On Saturday afternoon, the Red Wolves defeated Northwood 3-0 in the Elite Eight of the 3A State Playoffs. Cameron Lanier got the kill on match point. Lanier finished with ten kills, two aces and two digs as the Red Wolves claimed its 29th win of the season. Libero Grace Young had seven digs, adding on to her team leading of 269 digs. This was Cedar Ridge’s fifth state playoff win in the calendar year of 2021. Last January, the Red Wolves defeated Union pines in the opening round of the 2020 3A State Playoffs. Thus far in the 2021 3A State Playoffs, Cedar Ridge has swept South Brunswick, South Johnston, Harnett Central and Northwood without dropping a set. In fact, Cedar Ridge has won 26 consecutive sets. They played nine matches in the month of October and didn’t lose one set. That included wins over Person and Northwood, who both reached the Elite Eight of the State Playoffs. As Lanier mentioned in this interview, volleyball wasn’t even her first choice of sport. Originally, she wanted to play softball. Young has played volleyball since her early days at the White Cross Recreation Center and has committed to play at UNC Asheville. You can hear the 3A Eastern Regional Championship game on Tuesday night on Hillsboroughsports.com.