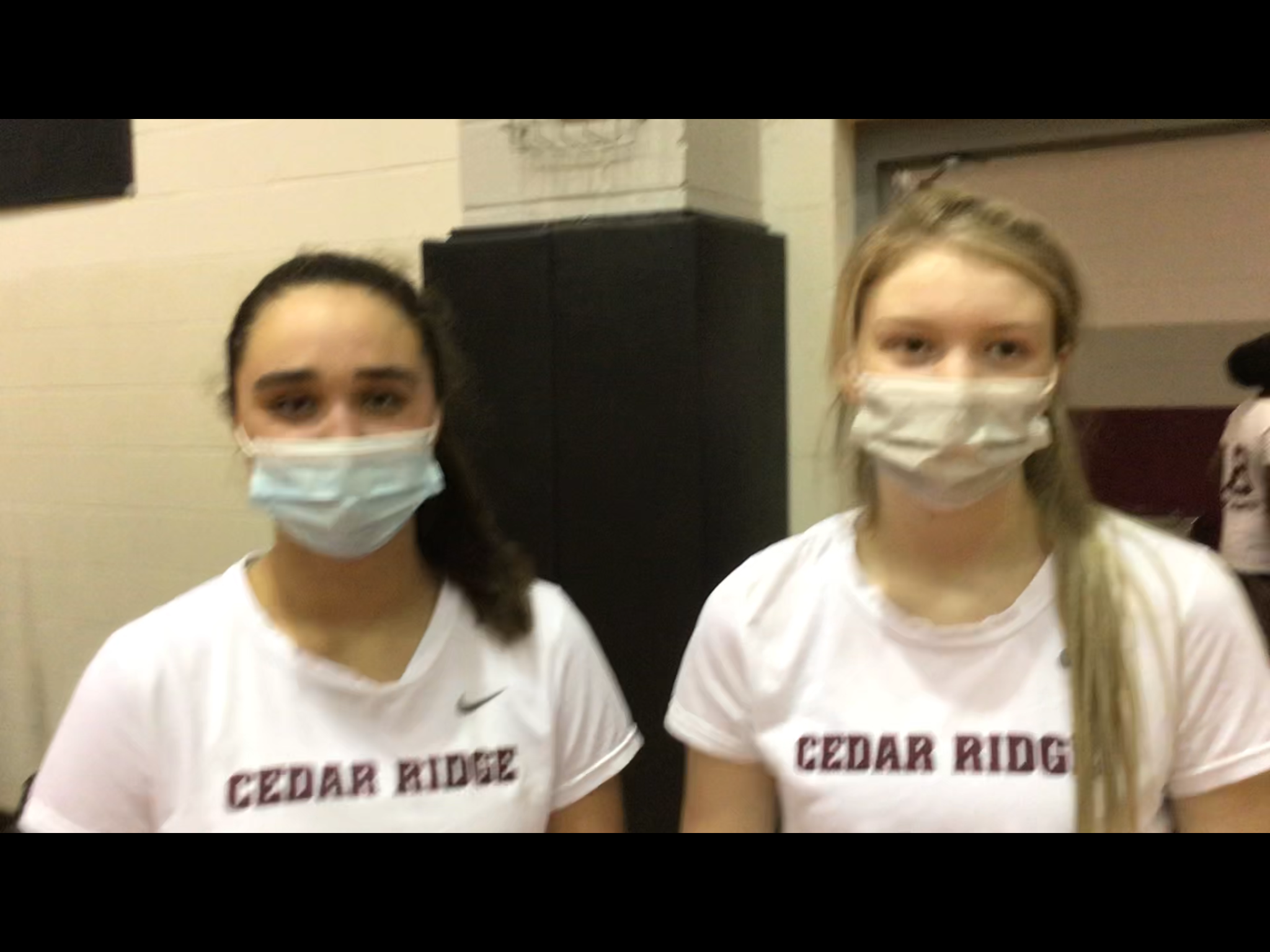 One game at a time. That’s the way the #1 seeded Cedar Ridge volleyball team is taking the 3A State Playoffs. On Tuesday night, the Red Wolves easily disposed of South Brunswick in the second round of the 3A State Playoffs 3-0 on scores of 25-4, 25-11 and 25-14. Cedar Ridge stormed out to the first seven points of the match behind three kills from Cameron Lloyd and three aces from junior Julie Altieri. The Trojans never led nor tied the match in the opening two sets. South Johnston made a run to tie the third set 12-12, but junior Melissa Benkowitz came up with two big kills to keep Cedar Ridge in the led for the rest of the match. Benkowitz, a transfer from East Chapel Hill, has provided another finisher for a Cedar Ridge team that badly needed it after last year’s loss to D.H. Conley in the 2nd round of the 3A State Playoffs. Sophomore Addie Reed had three big blocks in the second set to send the Red Wolves’ student section into a frenzy. The Red Wolves improved to 27-2 with the victory and will face 9th-seeded Harnett Central in the Round of 16 on Thursday night at Red Wolves Gymnasium. This will be the first time that Cedar Ridge has hosted a third-round playoff game since 2015. Game time between Harnett Central and Cedar Ridge will be at 6 on Thursday night.