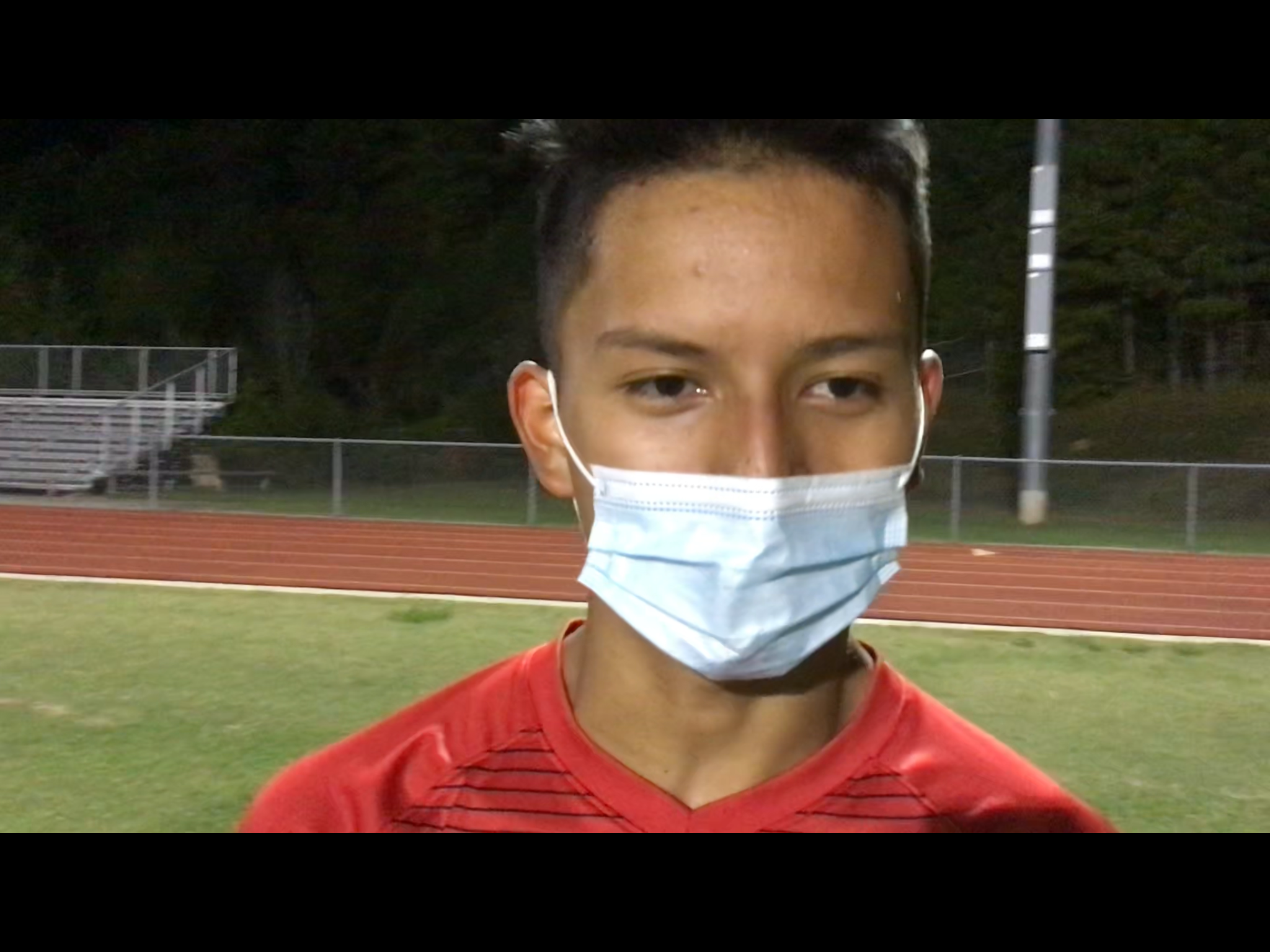 The Red Wolves decisively defeated Eastern Alamance 6-0 in its final home game of the season on Tuesday night at Red Wolves Stadium. Going into the game, the Red Wolves were listed at the top of the “First Four Teams Out” in the latest 3A State Soccer Pairings by HighschoolOT.com. Cedar Ridge did its part to improve its standing on Tuesday.

The Red Wolves conclude the regular season 7-12-1, 5-5-1 in the Central Carolina Conference. The brackets for the 3A State Soccer Tournament will be released on Saturday.

Junior Tyler Mann had the first hat trick of his career. Mann doubled his goal output for the season.

In his final game, senior Carter Thompson scored two goals. Thompson, the son of Orange graduates Roger and Cindy Thompson, also had an assist. He wrapped up the year with six goals and two assists.

Juniors Cooper Zinn, Dylan Silverman and Bryan Membreno also had goals for Orange. Freshman Konner Johnson had a goal and an assist.

Senior Jasper Tyll, a co-Captain, had an assist in his Orange farewell. Junior Cayden Cieutat assisted on another goal.

Women’s Tennis: The Orange women’s tennis team, after winning its first-ever match in the 3A State Dual Team Tennis Tourament, fell in the second round to Cape Fear 5-2 on Tuesday.

Sophomore Erin Sollars had a straight sets win in #6 singles for Orange. Sollars won her match against Wilson Fike last Tuesday in the Lady Panthers’ 5-3 win, which sent them to the round of 16 for the first time in school history.

At #6 singles, Tea Jones won in her final match for Orange. Jones won both of her singles matches in the team playoff.

In terms of wins, this was the most successful Orange season in team history. The Lady Panthers finished 16-5. Orange’s doubles team of Jera Hargrove & Erin Sollars will compete in the 3A State Doubles Championship this Friday at the Burlington Tennis Center. Hargrove & Sollars will face Dabney Osbourne & Emily Mitchum of J.H. Rose in the opening round.