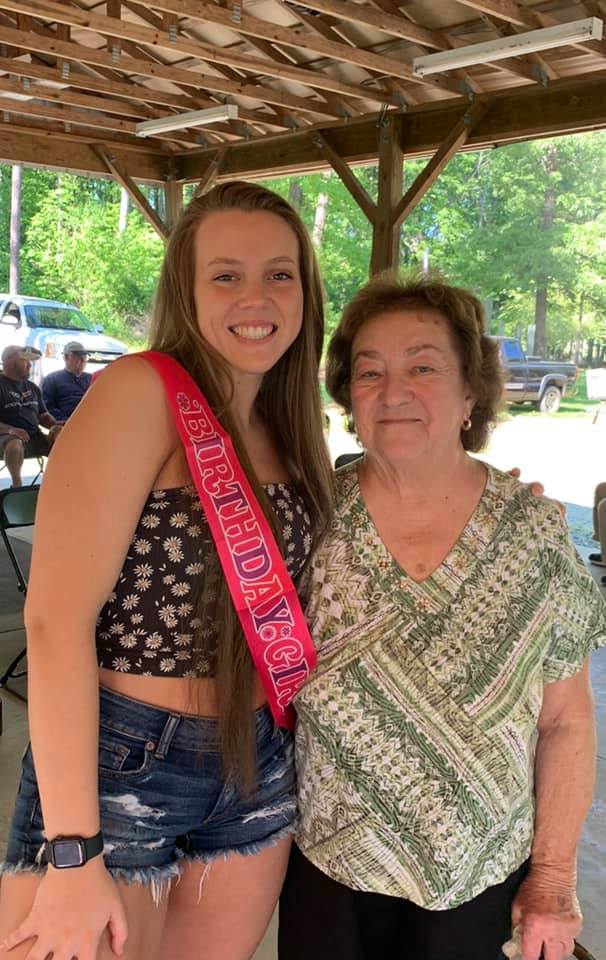 The Orange Couty Parks and Rec Department gym got quiet.

Jamey Hall was about to shoot two free throws for his pee wee recreation team, the Celtics, that could tie a game.

As he took the ball, a voice yelled out “Jamey! Remember the Alamo!”

It was his mom, Janice.

Jamey proceeded to miss the free throws, possibly because all that was going through his head was “Remember the Alamo?!”

But that was Janice. If you were family, one of her students, or a friend of her children, she was always in your corner. She was more than a friend. She provided a safe home.

Janice Hall was the mother of my best friend, Jamey. Some of my earliest memories harken back to when Jamey, his sister Gwen and I would ride in the backseat of Janice’s green station wagon. She would sing Ronnie Milsap’s “What a Difference You’ve Made in my Life” in a falsetto tone that was impossible to forget.

Rides with the Hall family would be the theme of my youth. I didn’t know it at the time, but it would also shape a large part of my professional life. As Jamey got into high school, I became a manager for the Orange junior varsity basketball team, where I was the video operator. When the Panthers, coached by Mark Holbrook at the time, hit the road, Janice and her husband, Russell, would take me home in their burgundy van. Gwen, who finished among the top of the class at Orange en route to graduating from Duke University, played three years for the Orange women’s basketball team.

The road trips to Chapel Hill, Person, Northern Durham, and Jordan were new for a sheltered young man like me.

I was once a church league softball catcher, which is funny in several ways, for Walnut Grove in 1989. All I did was kneel behind the plate. During one game as I got it position in front of the umpire, I could hear Janice asking Peggy Carden “Can’t they give Jeff a mask? Don’t they have any shin guards.”

Walnut Grove may not have been successful, but we had fun at the Schley Softball Field. One day, we played Abundant Life Church. I noticed that Abundant Life’s right centerfielder (teams could have four outfielders) had an odd defensive stance. Every other player sort of squatted as the pitch went to the plate. This guy in the outfielder had his arms thrust out like he was a professional wrestler ready to strangle unsuspecting prey.

Coach Shriner was Bobby Shriner, and he would go on to win over 500 matches as Orange’s wresting coach, as well as five state championships.

When Janice asked how you were, she truly meant it. She did that as a teacher at Hillsborough Elementary and the school formerly known as Cameron Park.

And most of all, she was a mother.

Janice and Jamey’s back-and-forth always made for a good chuckle. In 1994, the New York Knicks were about to imbound against the Houston Rockets in game 6 of the NBA Finals, with the entire WORLD CHAMPIONSHIP on the line. Janice, who wasn’t watching the game and largely oblivious to the NBA, walked through and said “Oh, is this an important game?”Jamey replied: “Naw, Mama. It’s preseason.”

This world could always use more care, more warmth, and more ways to make us laugh. And that’s what we have lost now.

As Jim Valvano once said, “If you laugh, you think and you cry, that’s a full day.”

I’ve done that a lot since Tuesday. After covering Cedar Ridge vs. Orange volleyball on Tuesday night, I drove to Boone for a brief getaway. As I got into Wilkesboro, word came that Janice had succumbed to cancer.

It led to a lot of mourning as I walked around my old college campus at Appalachian State Wednesday afternoon. There were a trip to a mountain, a quiet area that feels your own personal spot atop the world when you don’t feel like coming down.

I also walked inside Varsity Gymnasium, where Janice watched me graduate from Appalachian State in December 1998.

She was always in my corner.

And you better believe that when Appalachian State’s kicker, Chandler Staton, lined up for that 27-yard field goal to beat Coastal Carolina on Wednesday night at Kidd Brewer Stadium, I was thinking “Chandler, Remember the Alamo.”

I love you, Janice. Thanks for always believing in me.