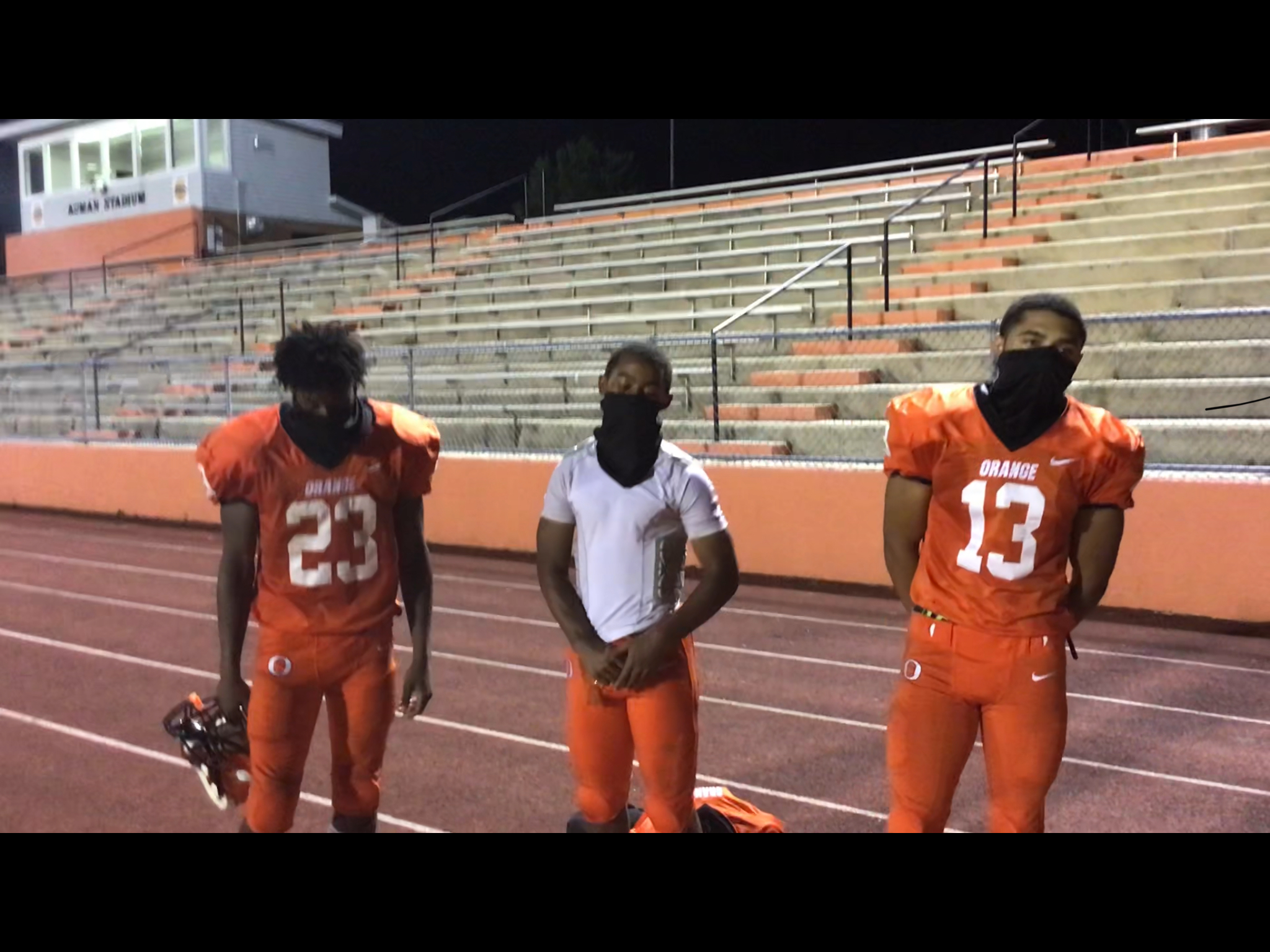 It was a night of explosion plays for Orange in its 26-14 win over Person on Thursday night at Auman Stadium. Junior running back Ronald Cooper and sophomore wingback Nathan Sorrells had dual 100-yard rushing games, with both men setting career highs. Cooper finished with 141 yards and two touchdowns. Sorrells would up with 112 yards and a touchdowns on just nine carries. In the first quarter, Sorrells set the tone with a 59-yard touchdown run, the longest of his varsity career. On Orange’s next drive, Cooper rushed for a 41-yard touchdown, just moments after he and Jackson Wood stopped quarterback Cole Garrett on a 4th-and-3 from Person 41-yard line. In the second quarter, Orange quarterback Jared Weaver hit wide receiver Wynston Brown for a 64-yard touchdown pass. That was the longest play from scrimmage this season for Orange. Cooper would add another touchdown late in the second quarter. Orange finished with 326 yards total offense, its second best output of the season. It was their seventh straight win over Person and Orange’s first in the new Central Carolina Conference.