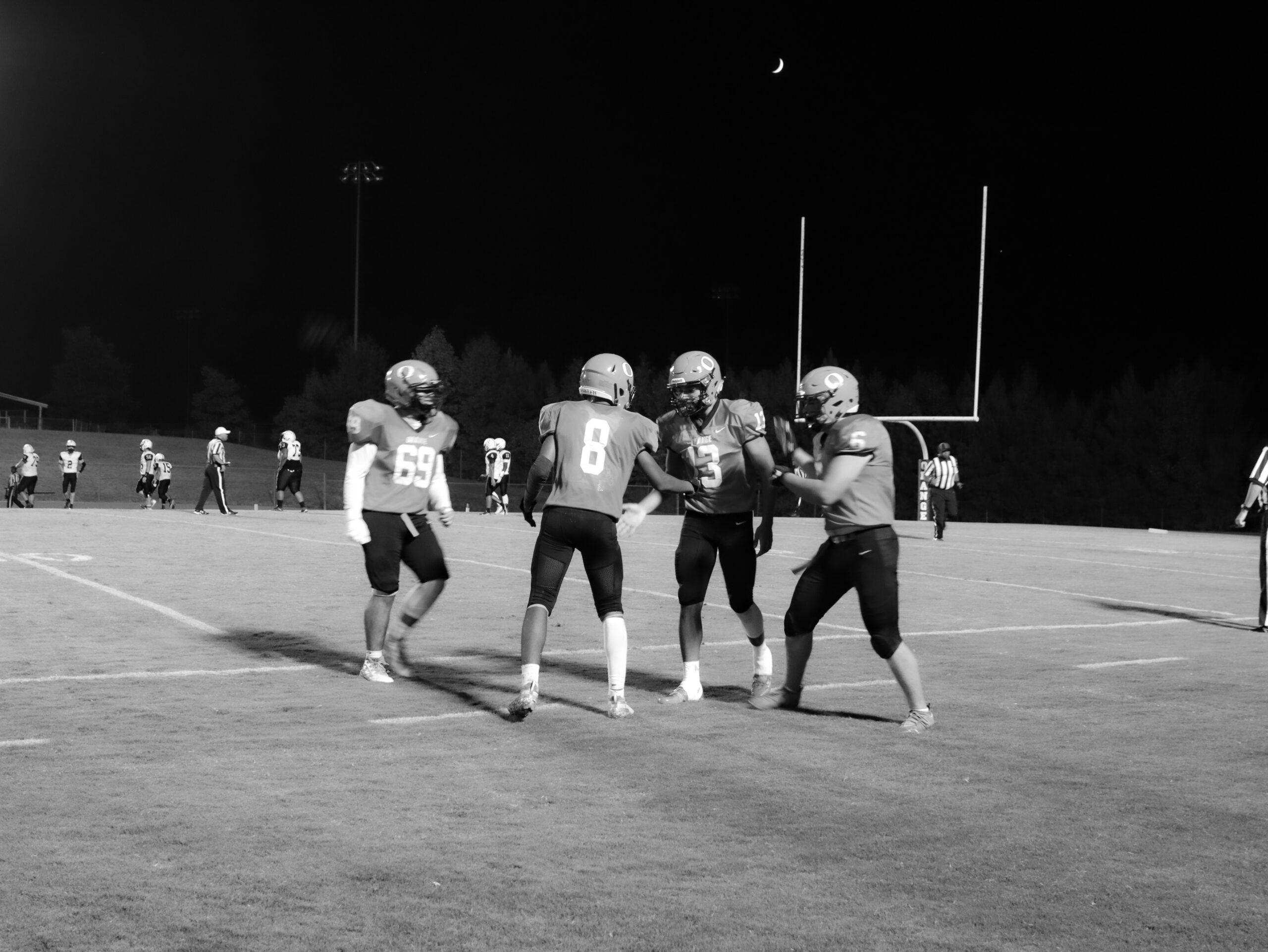 The resumption of the Orange-Person series also marked the return of something that has been sorely missing from Panther football this season.

It was a quirky game where Orange (2-5, 1-1 in the Central Carolina Conference) scored touchdowns on four consecutive possessions in the first half, then was shut out in the second half despite two trips inside the Person red zone. The Rockets played without top running back Jerry Oakley, who had amassed 834 yards and six touchdowns before being injured late in last week’s game against Northwood in Roxboro.

Dating back to non conference games from 2013-2018, Orange has beaten the Rockets seven straight times.

Sorrells, Cooper and wide receiver Wynston Brown triggered a series of explosion plays that had been sorely missing all year. In the first quarter, after linebacker Jake Wimsatt threw down Person running back Daveon Marner for a three-yard loss on the Rockets’ opening drive, Sorrells rushed around right end 59 yards behind the blocks of Brendon Worsham and Acoya Isley and streaked down the near sideline for the first touchdown with 3:44 remaining in the first quarter to complete a one-play drive. That became the theme of the night.

On its next series, Person (2-5, 0-2) opted to go for it on 4th-and-3 from its own 41-yard line late in the first quarter, but Rocket quarterback Cole Garrett was shoved down at the line by Cooper (who plays a wide assortment of positions on defense) and senior Jackson Wood. On the very next play, Cooper took a pitchout from quarterback Jared Weaver and rushed 41 yards for a touchdown, the second of his varsity career.

“Ronald has the speed and the quickness,” Smith said. “I know it has probably been a little frustrating for him, though he hasn’t indicated that, but he’s played defensive back. He’s played safety, he’s moved from inside linebacker to outside linebacker. He’s just bounced around and I know that can be frustrating for a young player. But there are so many things he can do.”

Person struck first to open the second quarter when Garrett scored on a read-pass option up the middle on 4th-and-goal from the 7-yard line.

On the next Orange drive, quarterback Jared Weaver competed his only pass of the night, but it was memorable. On 3rd-and-5, Weaver hit former starting quarterback Wynston Brown on a five-yard slant, which quickly became a 64-yard slant after Brown turned on the afterburners and outran the entire Person secondary. Darius Satterfield’s extra point put Orange ahead 19-7.

Orange senior linebacker Connor Ray pounced on a Person fumble minutes later. That led to Orange’s final touchdown, where Cooper galloped up the line untouched from 11-yards out.

Of course, things are never easy for Orange. Person added just enough drama with eight seconds remaining in the first half when Garrett found freshman Daejon Hodge, a junior varsity callup who was only eligible because this week’s JV game between Orange and Person was canceled, on a 20-yard pass on 1st-and-17. Hodge ran past Elijah Danley into the right pylon of the end zone to reduce Orange’s lead to 26-14 at halftime

That’s the way the scored stayed for the rest of the night, though both teams threatened. Garrett was sacked three times on Person’s opening drive of the second half, by Cooper, Wood and Danley. Orange moved the ball to the Person 6-yard line, and opted to go for it on 4th-and-2, but Weaver’s pass missed Wood in the end zone.

Jake Wimsatt made two strong defensive plays that ended any serious Person threat in the fourth quarter. After the Rockets drove 42 yards near midfield, Wimsatt picked off a Garrett pass and just a got a foot inbounds before fading into the Orange sideline.

In its only sustained series in the fourth quarter, the Rockets moved into the Orange red zone after a 37-yard run by Garrett, where Orange senior safety Elton Dodds made a touchdown saving tackle. By this point, Person had largely run out of running backs with starters Daveon Marner and C.J. Hunt out with injuries. Hodge, the JV callup, became the go-to guy.

On 4th-and-goal from the 4-yard line, Person ran a reverse that wound up in the hands of wide receiver Chad Raglin, who had not touched the ball all night. Wimsatt stayed home along the far sideline and made a tackle for loss to end.

After having the game move to Thursday night due to expected rain on Friday, Orange will get an extra day of rest to prepare for Northwood next Friday in Pittsboro.