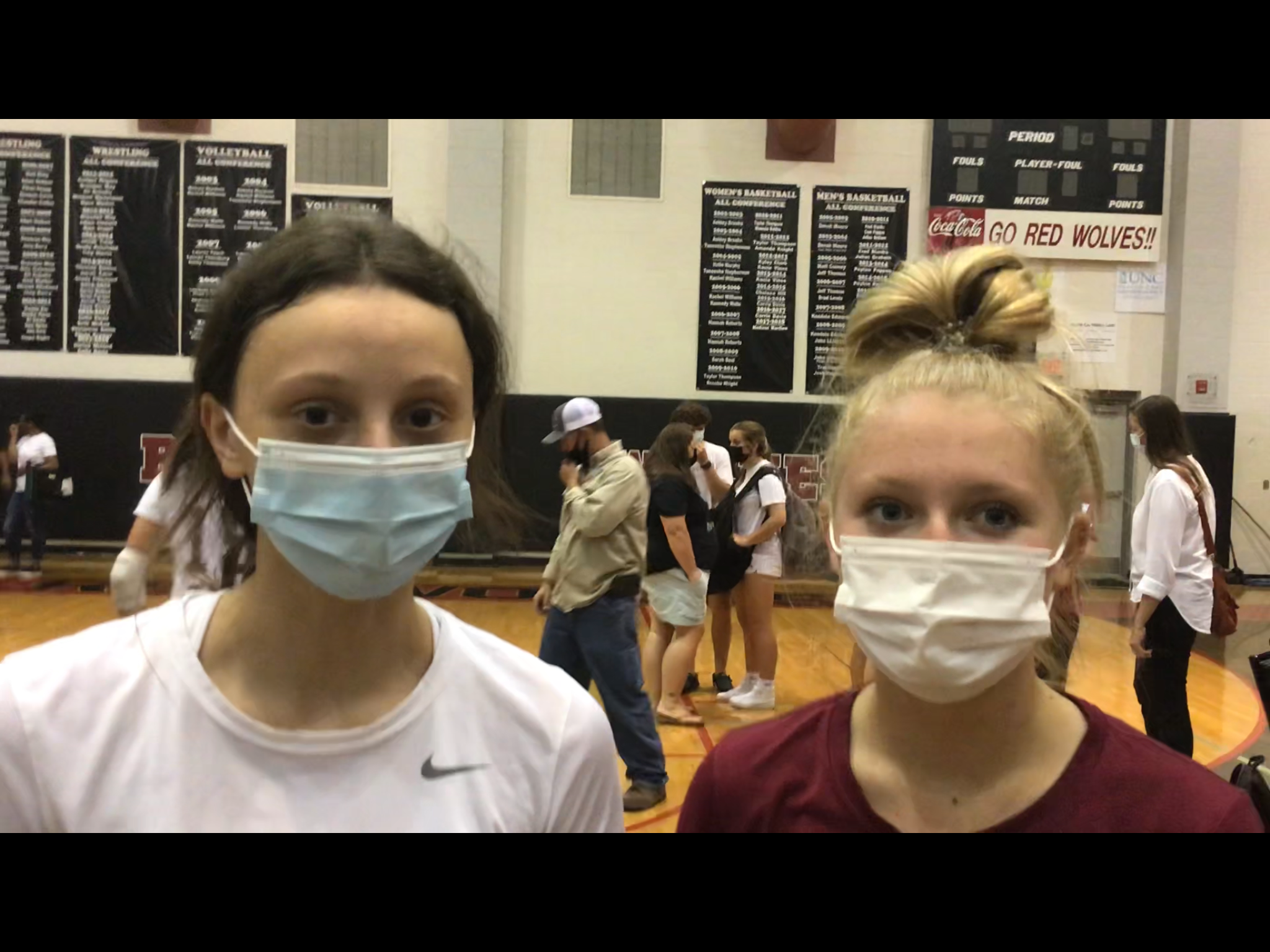 The Cedar Ridge volleyball team took a big step towards its second consecutive conference championship. On Tuesday night, the Red Wolves defeated Northwood 3-1 at Red Wolves Gymnasium. Junior setter Julie Altieri was honored before the game in honor of reaching 1,000 career assists. Altieri reached that mark after serving up 29 assists in a victory over Eastern Alamance on September 9. Northwood and Cedar Ridge split the opening two sets and the third frame was tied 7-7. Junior Grace Young served up three aces in the midst of a 7-0 Red Wolves run that turned the third set into a 25-13 rout for the Red Wolves. Young had several huge digs against Northwood’s imposing duo of Asia Thigpen and Hannah Forbes. Cedar Ridge remains undefeated in the Central Carolina Conference at 8-0. They have a two-game lead over Northwood and Person, and control the head-to-head tiebreaker against both of those teams after sweeping the season series. Cedar Ridge will travel to Orange on Thursday. The Red Wolves haven’t swept a two-game season series against Orange since 2015.