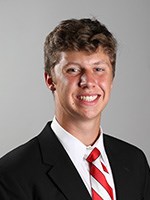 Trent Gill: The N.C. State football team grabbed the headlines across the college football world with a thrilling 27-21 win over #9 Clemson in double overtime in front of 56,919 at Carter-Finley Stadium in Raleigh on Saturday night. It was State’s first win over a top-10 team since 2012. Gill, a former Cedar Ridge linebacker, placekicker and punter, delivered the opening kickoff of the game. All three of Gill’s kickoffs went for touchbacks. The Wolfpack punted six times. Each time, Gill did the honors and had an impressive average of 51 yards per punt. His longest was 57 yards. Four of his six punts traveled over 50 yards. Gill was also the holder on field goals and extra points. On Sunday, N.C. State entered the Associated Press top 25 rankings for the first time this year at #24. The Wolfpack will play its final non conference game against Louisiana Tech on Saturday in Raleigh.

Adam Chnupa: The Elon Phoenix football team had yet another heartbreaking loss on Saturday. This time, William & Mary defeated Elon 34-31 at Rhodes Stadium in Elon. Chnupa, who was Gill’s teammate at Cedar Ridge, played on special teams for the Phoenix. It was Elon’s Colonial Athletic Association opener. So far this young season, the Phoenix’s two loses to FCS opponents have come by a combined margin of five points. Elon is 1-3 and will travel to Richmond on Saturday.

Bryse Wilson: After winning his first game for the Pittsburgh Pirates last season, Wilson was played on the 10-day Injured List, ending his season. He was removed from the game against the Miami Marlins after 68 pitches because of a strained left hamstring. Wilson was traded by the Atlanta Braves to Pittsburgh at the trade deadline. In eight games, Wilson threw 40.1 innings for Pittsburgh. He has a 4.91 ERA. Wilson is expected to start rehabilitation immediately with only one week remaining in the regular season.

Kayla Hodges: Hodges scored another goal for the Elon women’s soccer team in its Colonial Athletic Association opener. On Sunday afternoon, Hodges collected a loose ball in the middle of the penalty area and tucked it into the lower left corner of the net to tie the game against UNC Wilmington in the 84th minute. The Seahawks would get the game winner in the 89th minute from Audrey Harding to prevail 2-1 at UNCW Soccer Stadium. Hodges now has three goals this season. She played all 90 minutes. Elon is 5-4, 0-1 in the CAA and will host Delaware next Sunday at Rudd Field.

Jordan Rogers: The Division III William Peace women’s soccer team played to a scoreless tie against Mary Baldwin at WakeMed Soccer Park in Cary on Saturday. Rogers started as a wingback and played all 90 minutes. Also last week, despite being undefeated in three consecutive games, the Pacers named Ozzy Peralta as its interim head coach, replacing Reid Clewis, who had been on the job since December 2017.

Lucas, after missing three matches, made her return to the starting lineup against the Fighting Squirrels. Lucas had 16 assists, three aces and four digs.

Against the Knights, Lucas started. She finished with one kill, 12 assists, one ace and eight digs. Meredith is 8-5, 2-1 in the USA South Athletic Conference.