Orange Panther of the Week: Sadye Porter with Erin-Jordan Cornell 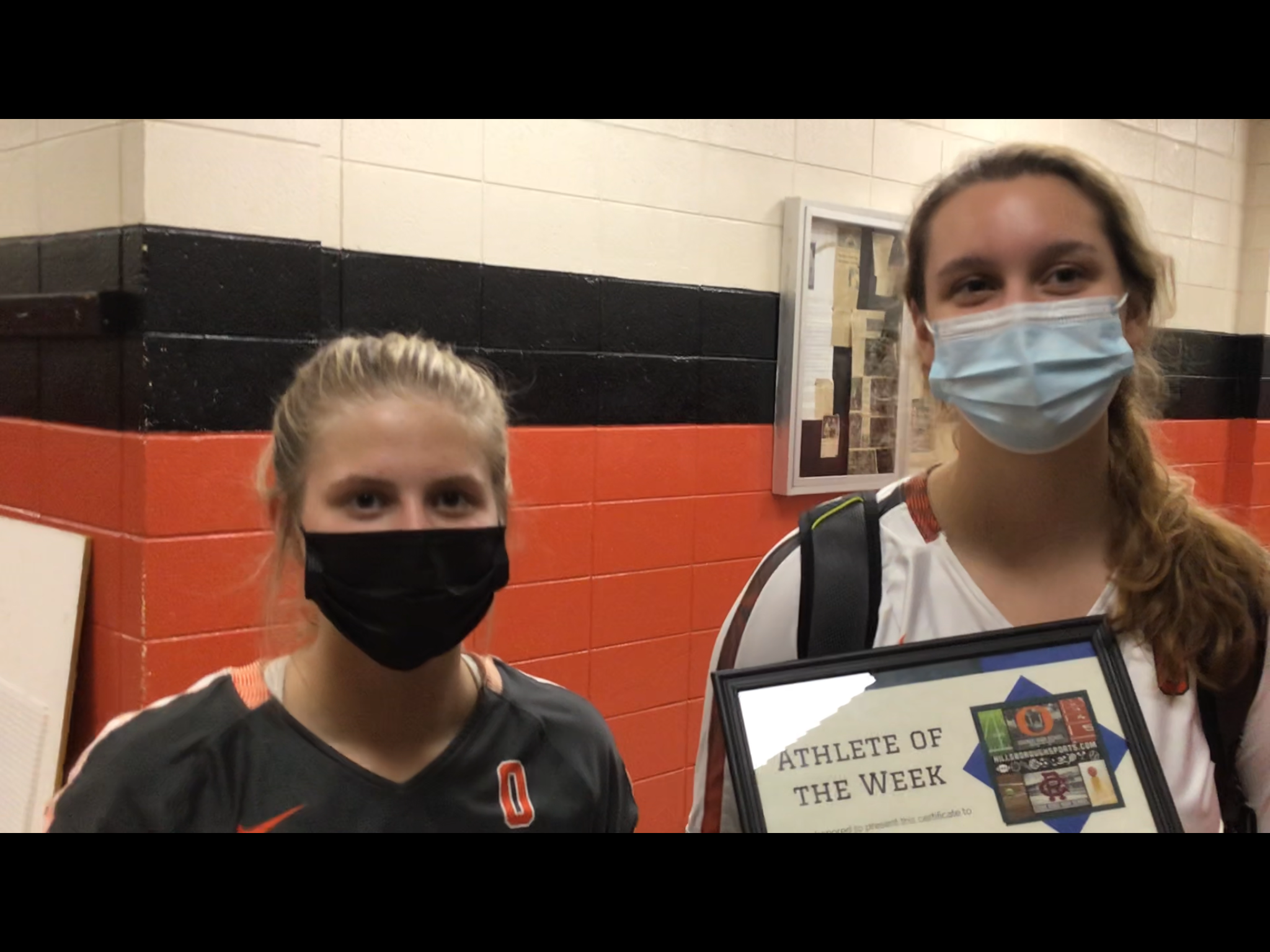 This week’s Orange Panther of the Week is sophomore libero Sadye Porter. Joining Sadye in this interview is junior Erin Jordan-Cornell, who was awarded a retro Orange Panther of the Week from last February during basketball season. On September 1, Porter had 48 digs in a 3-1 win over Southern Alamance in Graham. The following night in Orange’s Central Carolina Conference opener, Porter had 12 digs in a sweep of Williams in Hillsborough. Since then, Porter has made big plays for Orange in wins over Western Alamance and Eastern Alamance. On Thursday, Porter finished with 16 digs, two assists and 14 serves received in a 3-0 sweep of Western Alamance. She leads the team with 148 digs. On Tuesday, Orange defeated Eastern Alamance. It was the first game back for Erin Jordan-Cornell after suffering an injury last spring. Jordan-Cornell’s presence in the middle will help the Lady Panthers during the second half of the season. There will be stiff competition next week. Orange faces 2019 3A State Champion Chapel Hill on Monday. They will travel to Burlington to face Williams on Tuesday, then host Central Carolina Conference leader and crosstown rival Cedar Ridge on Thursday in what could be an emotional atmosphere on Thursday night.