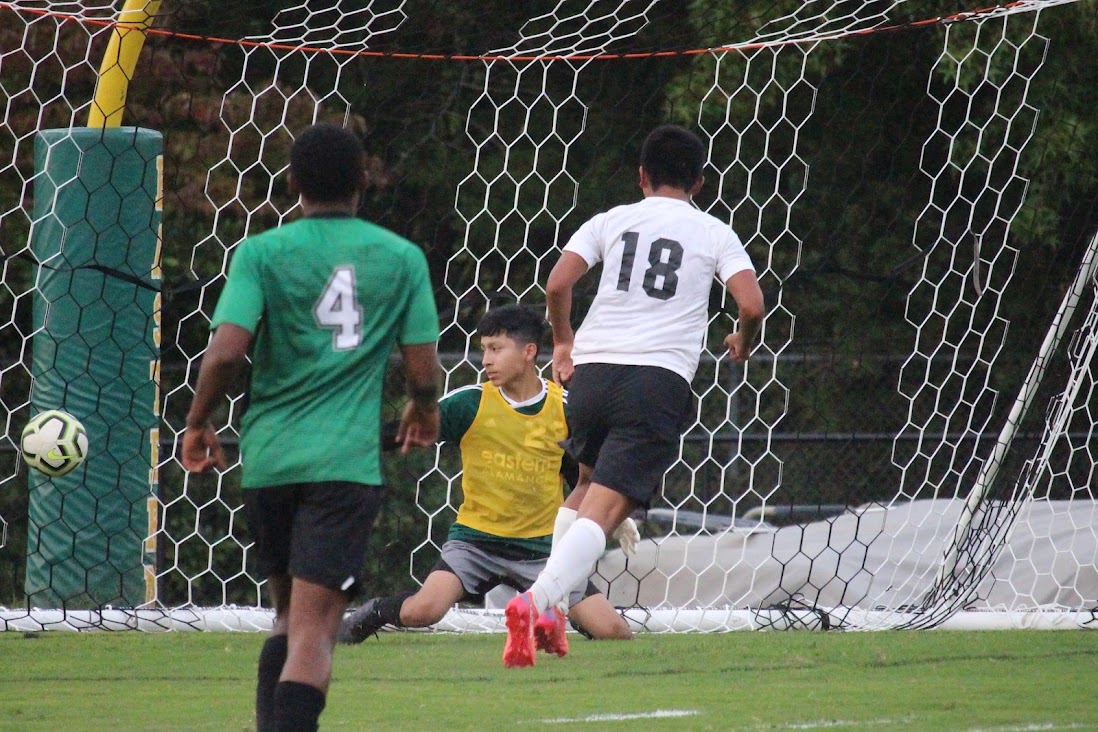 Days after scoring two goals against Orange in the Hillsborough Derby, Cedar Ridge’s Chris Mendez added to his team-lead in goals.

On Monday night, Mendez scored the game-winning goal as Cedar Ridge defeated Eastern Alamance 2-0 at Fred Brady Stadium in Mebane. Senior Jorge Salazar added insurance for the Red Wolves, who improved to 3-7 overall, 2-1 in the Central Carolina Conference. It was the second straight conference win for the Red Wolves.

Mendez now has seven goals on the season. Salazar is second on the team with seven points.

Goalkeeper Benjamin Weaver earned his second clean sheet of the season. It was his second straight win in net.

The Red Wolves were supposed to face Western Alamance on Wednesday night at Red Wolves Stadium, but the game was rained out. Cedar Ridge will host Person on Thursday night in Hillsborough.

Orange co-Captain Jasper Tell scored the game-winning goal as the Panthers earned its first win in the Central Carolina Conference over Person on Monday night at Orange Soccer Park.

Junior Dylan Silverman assisted on the opening goal, then added Orange’s second goal later in the first half. In the second half, junior Cooper Zinn notched his third goal of the season. In the final ten minutes, junior Jack Pendergast added the first goal of his varsity career.

Orange’s trip to Northwood on Wednesday night was rained out. The Panthers will travel to Southern Durham on Friday.

Last Wednesday, the Red Wolves had just enough time to squeeze in six singles matches against Williams. Three of them went to 10-point tiebreakers in the third set, all of them claimed by Williams.

Red Wolves senior Chloe Patz won the Red Wolves only match at #2 singles over Haven Amick of Williams 7-6, 6-4. Cedar Ridge is 3-3 overall, 2-3 in the CCC. Their match scheduled for Wednesday against Person was rained out. The Red Wolves host Durham School of the Arts on Thursday.

Two months after finishing 2nd in the state in the 3,200 meters, Orange senior Spencer Hampton made a major impression by finishing 2nd in the Friday Night Lights Festival, one of the biggest cross country events of the regular season at Ivey Redmon Sports Complex at Mount Tabor on September 10.

Hampton finished 2nd out of 238 runners with a time of 16:07.30. The only runner in the entire field to finish ahead of Hampton was North Lincoln’s Stephen Fernetti, who came in six seconds ahead of Hampton.

The latest Central Carolina Conference women’s golf meet was held at the Valley in Burlington on Monday. Orange senior Sarah Durham, this week’s Orange Panther of the Week, finished fifth overall out of 23 competitors with a 51. It was her third top five finish in three matches this year.

Sarah’s younger sister, Samantha, finished only one stroke behind her sister with a 52. Shannon Dorsi, Kayla Pope and Lucia Godinez also competed for Orange.

Cedar Ridge’s Olivia Aitkin tied for 9th with a 59.

Northwood won the team meet with a 151, two strokes better than Eastern Alamance’s 153. Orange came in fourth out of five teams with 168 strokes.